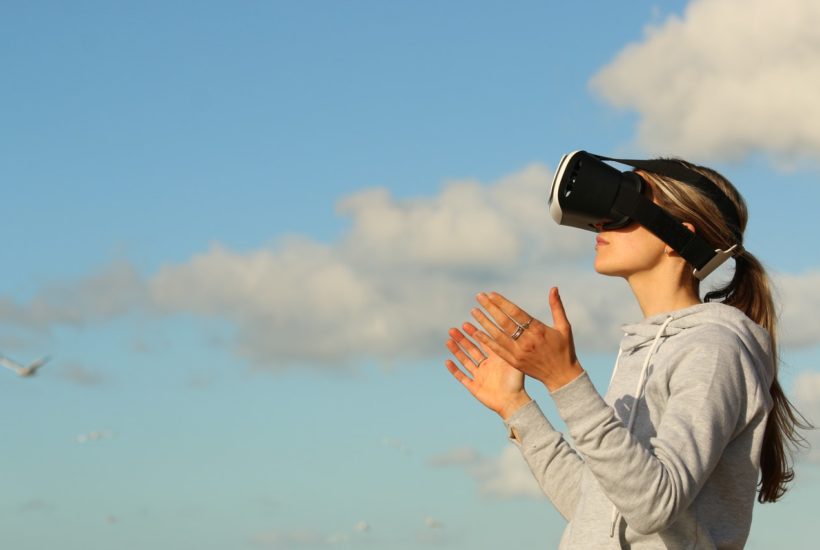 If it wasn’t already evident from its name, Virtual Reality (VR) does an exceptional job at simulating reality. So good, in fact, that it has been known to trick our brains into thinking that we’re doing and experiencing something for real.

Searching for so-called “VR fails” on YouTube stands as a testament to the latter. There’s no shortage of results containing clips of people falling over or becoming completely terrified because their brain interprets what it’s seeing in VR as entirely real.

We can also use the more serious side of the internet to turn up all sorts of interesting research about VR’s effectiveness at simulating things. One example is recent research that managed to use VR to convince participants that they were walking when, in fact, they were seated and completely stationary.

However, despite VR’s well-documented ability to simulate the real world with frightening realism, there are some important use cases that remain underexplored, like Virtual Reality Exposure Therapy.

Ignoring VR for a moment, exposure therapy isn’t anything new. It has been known about and researched for decades, and it already has a well-established presence in many psychologists’ cookbooks of remedies and cures.

For the uninitiated, exposure therapy is targeted at treating phobias via nothing more complex than exposing the patient to that which they are afraid of.

If the patient has a debilitating fear of spiders, for example, a round of exposure therapy would involve the patient initially being exposed to small, harmless-looking spiders. Supported by their therapist, they might be encouraged to touch them, all while controlling their breathing. Once this is comfortable, gradually bigger and less friendly-looking specimens will be produced, until the patient reaches a level of comfort that renders them either completely cured, or at least functional again. (E.g. they don’t go into a state of panic or shock at the mere sight of a spider.)

What Role Does VR Have to Play in Exposure Therapy?

While phobias like spectrophobia (a fear of mirrors) are entirely irrational, many phobias have their roots in very real dangers. While being entirely paralyzed in the presence of a spider can be said to be irrational, the danger that some spiders present is very real.

SEE ALSO  Mobile development trends 2021: What should be implemented today to become a leader tomorrow?

Naturally, this can limit the effectiveness of exposure therapy. If exposing the patient to the level of stimulus needed to cure them of their phobia involves putting them in very real danger, then exposure therapy is either useless, or severely limited.

This is where VR can step in and greatly enhance not only the potential reach of exposure therapy, but also patient safety. Whereas getting up close and personal with spiders, snakes, sharks, and other dangerous creatures for real is likely outside of most psychologists’ ethical guidelines, the only real danger in VR is the patient becoming extremely uncomfortable with the situation.

Are There any Examples of VR Being Used in Exposure Therapy?

While the use of VR in exposure therapy remains underexplored, there have been some efforts where the technology has already been successfully deployed. One study from a couple of years ago was able to significantly reduce symptoms of acrophobia (fear of heights) in patients.

It achieved this using little more than a mobile phone app and a low-cost Google Cardboard (a lens and phone arrangement turning a smartphone screen into a VR headset display).

And while the results themselves are already promising, with a significant intervention effect observed when compared to the control group, that’s only half of the story. The real boon here was that the program was entirely self-guided, meaning patients were free to conduct their therapy sessions in the comfort of their own homes without needing to visit a trained psychologist.

What’s Holding the Progress of VR in Exposure Therapy Back?

While VR is showing extremely promising potential in exposure therapy, it is still being held back by a number of factors. The first is a general unfamiliarity with the technology, particularly amongst less tech-orientated audiences. However, there’s more than just novelty and unfamiliarity holding it back.

One of the biggest hindrances has been a lack of adequate development resources dedicated to developing the necessary technologies—much VR development energy is still currently dedicated to gaming. This is leaving a huge technical void that makes for excessively time-consuming and costly development in VR.

However, this is a void that is closing. Indeed, one of the more exciting companies to burst onto the VR development scene, XRApplied (CSE: XRA), was launched with the express intent of closing this gap.

While not entirely dedicated to psychological support, the broad applications of their technologies do lend themselves to making the development of VR exposure therapy solutions far more cost-effective and time-efficient. XRApplied achieved this by focussing on creating frameworks and tools that enabled rapid deployment of assets into reusable scenarios, enabling the same basic app framework can be used to treat multiple phobias, for example.

This is providing hope that, in the next couple of years, the use of VR in exposure therapy will be much more widespread. The only major hurdle remaining is further clinical trials.