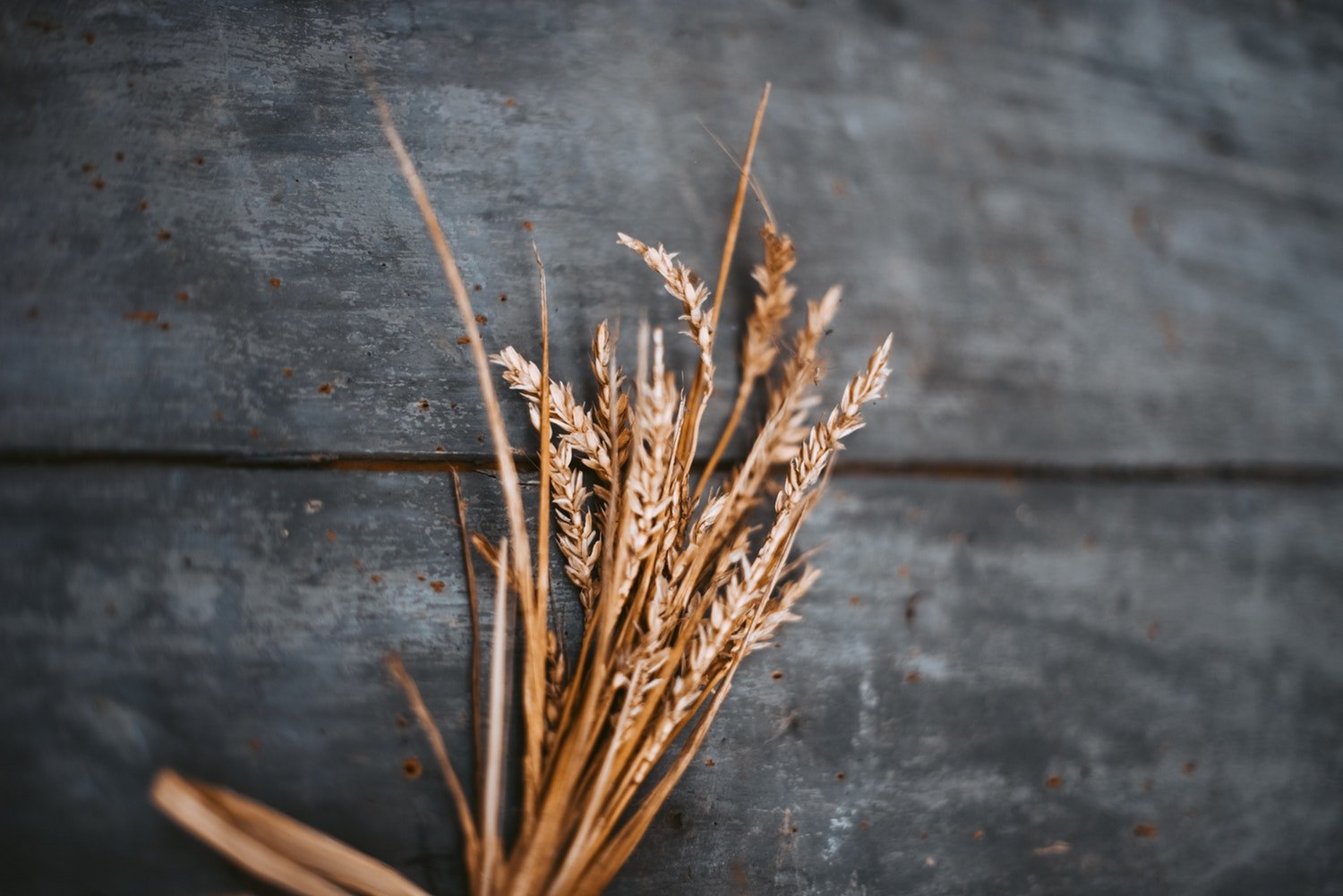 Wheat markets were lower last week as USDA showed higher than expected quarterly stocks and annual production. USDA said that supplies are currently 3.579 billion bushels against average trade estimates of 2.350 billion. All wheat production was estimated at 1.884 billion bushels, above average trade estimates of 1.871 billion and from 1.877 billion estimated in August.

USDA showed higher than expected spring wheat production. The estimates were within the range of guesses from analysts and the reaction was relatively mild.

The U.S. dollar was higher. World prices, in general, are firm amid ideas of less world production available to the market, and U.S. wheat saw an uptick in demand in the weekly reports.

It remains very dry in Australia, and yield and production estimates continue to drop well below those estimated by USDA. World supplies are already tight, and now could be even less.

Bullish traders think it is just a matter of time before world buyers turn to the U.S. as the other major exporters would be out of wheat for export, but for now, the buyers are looking everywhere they can for other origins and are trying to avoid U.S. wheat.

The weather in the U.S. is improved for planting the next winter wheat crop as much of the Great Plains has seen rains in the last couple of weeks and planting progress is rapid. Wire reports indicate that the planting weather has also improved in winter wheat areas of Russia as there have been some rains lately.

Corn was lower on Friday and closed with slight losses for the week in reaction to the USDA quarterly stocks report. The report showed much higher supplies than expected at 2.140 billion bushels. The USDA estimate was above all trade guesses and was considered bearish for prices. However, the reaction to the report was rather mild. Even so, the report hurt the bull case for a demand-led rally as supplies are now increased for the old crop ending stocks and the new crop beginning stocks. At least some, if not all, of the increase will be reflected in ending stocks projections for the coming crop.

Some late selling, probably pre-hedging from elevators, pushed prices to the lows of the day. The harvest continues to roll along with at least some work going on in almost all areas of the Midwest. Harvest data as reported by producers still suggest that the crop can be another very big one. Rainfall patterns have been very tropical this year, and have featured excessive rains in some areas and dry weather in others. Some yield reports are lower than averages and reflect losses due to the extreme weather.

It has been a warm summer as average temperatures have generally been a few degrees above long-term averages. The warm temperatures have kept plants active and have pushed maturity forward by up to two weeks or so. This usually means less yield at harvest.

U.S. corn export sales remain very strong and were over 1.7 million tons last week. Mexico has remained in the market and remains the largest buyer of U.S. corn in the world market.

Soybeans were slightly lower last week while soybean meal was also a little lower. Selling on Friday was seen in response to the USDA quarterly stocks reports that showed larger than expected supplies at 438 million bushels. The USDA estimate was above all trade guesses and was considered bearish for prices. However, the reaction to the report was rather mild.

Late pre-hedge selling pushed prices to the lows of the day. The USDA export sales reports continued to show very good demand for U.S. soybeans. The trade war with the Chinese continues, but other importers have been buying in the U.S. in a big way as U.S. prices are very cheap. They are cheaper than South American prices even with the 25 percent tariffs.

There have been reports that Argentina, Brazil and Canada are buying U.S. soybeans at the discounted U.S. prices so they can sell their own soybeans to the Chinese and reap some very big profits. The big loser in all of this is the U.S. farmer, who is getting far less for his soybeans than any other producer in the world.

Harvest is expected to be slower this week due to rains in the Midwest. Harvest results so far have generally been strong, and a big crop is expected in the U.S. this year.

Cash prices are slightly weaker as mills and elevators fill up but have held well considering the weakness in futures. Ideas are that they have bought enough rice to cover commitments at this time.

Most or all storage facilities in Texas are full, so farmers will have to store whatever is still left. Milling yields have been acceptable or mostly very good. Export demand has been good and was especially strong last week as futures moved lower. Good export demand is expected to continue.

World vegetable oils prices were mostly higher last week. Palm oil was near unchanged on the week as traders reacted to the strong export estimates for the month of September from the private sources. Demand has been very active as Iran has been buying ahead of the new sanctions to be imposed by the U.S. and on improved demand from India before new taxes are imposed on imports.

The market is anticipating strong production for the short term as the weather is good for the trees. However, both Malaysia and Indonesia are watching long-term trends as El Niño is expected to develop. The weather could hurt production potential down the road.

Canola was higher on slow harvest progress amid wet and cold weather. Farmers have had a tough time getting into the fields due to rains, especially in the west. Yield reports are said to be below expectations and ideas are that StatsCan has overestimated production potential this year.

Cotton was lower on Friday and lower for the week after Hurricane Florence left the U.S. and no other storms were threatening the country. U.S. export demand has been poor for the last few weeks, and the lack of demand has hurt prices.

The harvest is more active as bolls are mostly open and crops are mature, but a significant amount of cleanup work is still being seen in the Carolinas. In fact, some rivers in South Carolina were reaching maximum flood stage late last week and over the weekend. The storm has caused significant damage and losses to crops. U.S. weather remains good in the Delta and Southeast away from hurricane areas and has improved slightly in West Texas on north into Kansas with improved precipitation. Even so, the crop is generally in poor condition in much of Texas.

Eastern Texas crops are in good condition and about ready for harvest, but southern areas did not have good yields. Bolls are opening in the Delta and Southeast.

The trade in India remains optimistic that a good crop is coming and that they will not need to import very much cotton this year. China has been active in India buying and will buy as much as possible there to make up for production losses inside of China. Conditions have also improved in Pakistan as rains have been reported.

FCOJ was slightly higher last week. The summer has been a quiet one in the Atlantic. Chart trends are down as futures stayed below some important resistance on the weekly charts.

Overall growing conditions in Florida are good to very good, and there is no storm development in the Atlantic at this time. The state is getting periods of showers, although the weather has been drier recently. Florida producers are seeing good-sized fruit, and work in groves maintenance is active.

Futures were higher last week, and weekly charts suggest that trends might finally be turning up. It was a very positive close in New York, and the long-awaited short covering rally might finally be underway. Ideas of strong production in Brazil and Vietnam have been keeping futures under selling pressure.

Speculators have been looking at the weakness of the Brazilian real against the U.S. dollar and have been selling coffee on ideas of increased offers in Brazil. However, the real has turned stronger before the elections in Brazil, and that might be helping to cause some speculative short covering.

Vietnam is getting close to its next harvest, and ideas are that producers there need to sell more of the previous crop to create new storage space. Producers in both countries are not selling.

New York closed lower but held support above 991 on the weekly continuation charts and closed off the lows to end the week. London is holding above the lows on the weekly chart but has yet to challenge the lows. Ideas of big world production are bearish and have been the reason for the selling. Just about everyone is looking for a significant production well above any demand potential.

Dry conditions continue in Brazil, the EU and Russia, but conditions are mostly good in Ukraine. Very good conditions are reported in Thailand and India. Brazil producers are worried about cane production even with the rapid early harvest, and the market still talks about less production there this year. The dry weather in much of Europe and in southern Russia near the Black Sea has hurt sugarbeets production potential in these areas. Recent rains in parts of Ukraine have continued to improve production prospects there.

Futures closed sharply lower for the week as the market expects a big main crop harvest. The outlook for strong production in the coming year has been enough to keep the prices weak. The main crop harvest is in its earliest stages in some parts of West Africa, but will not really get going for at least another few weeks.

Main crop production ideas for Ivory Coast are high. Ghana and Nigeria are expecting very good crops this year as well, although Nigerian estimates have started to drop a little bit on the volume of rains that have hit the country in recent weeks. Conditions also appear good in East Africa and Asia.