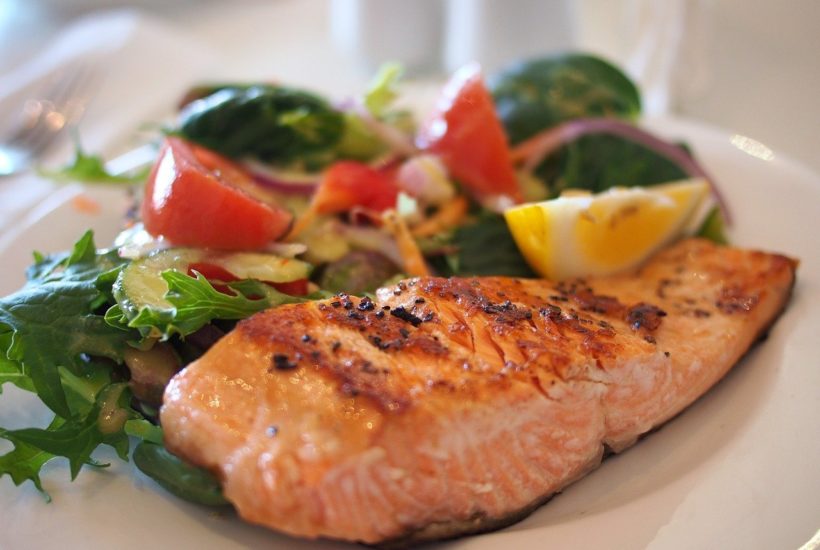 It may come as a surprise to many people, but the world has already entered a new era, that of the new meat. Meat is no longer understood only as a product from animals. Now it can also be vegetable and cultivated.

The revolution in the meat industry not only involves the renovation and improvement of ingredients but also the optimization of production and distribution procedures, making them more efficient, sustainable and ethical, for example, with the use of new technologies such as 3D printing.

Read more about the food revolution and how plant-based meat will eventually take the place of animal meat with our companion app. The Born2Invest mobile app brings you the latest economic news in the world so you can stay informed.

By vegetable, we mean all those alternatives made from vegetable protein sources, which have the same texture, taste, and use as their animal analogs. Some of the most commonly used proteins to create these products are soy and pea, although more and more varied ingredients are being used.

Some examples of soy-based products are the chicken-type cuts of The Vegetarian Butcher, a Dutch brand present in more than 40 countries, and those of Heura, which recently raised $18.7 million (€16 million) in an investment round. When talking about pea protein-based meat products, the best known is the famous Beyond Burger, which has been listed on the stock exchange for more than two years. The progress of these and other products, increasingly accessible and present in supermarkets, is undeniable.

Despite the growing supply, consumers want more. According to the survey of consumers of plant-based alternatives conducted by the food awareness organization ProVeg, where I work, 29% of flexitarians surveyed want to see more plant-based meat in supermarkets, and this is the plant-based category most in demand by this segment of the population. This translates into great business opportunities, since in addition, according to figures provided by Markets and Markets, the global market for plant-based alternatives to meat is expected to grow at an annual rate of around 15%, reaching almost $28 billion by 2025. If we compare these figures with the growth forecast for the animal product market, the increase is much more modest, at only 3% per year over that period, according to the consulting firm Kearney.

SEE ALSO  Is Black Friday only a gimmick? Here are some tips to avoid getting scammed

Despite this incredible development and potential, vegetable meat is not the only alternative coming into play in this new era. Cultured meat, i.e. meat made from cell cultures rather than directly from animals, is expected to be the next big disruption in the food sector.

The global market for plant-based alternatives to meat is expected to grow at an annual rate of around 15%, reaching nearly $28 billion by 2025

Cultured alternatives aim to offer consumers animal products that they are used to and do not want to give up, but with a much lower environmental impact, as well as offering numerous benefits for human health: the use of antibiotics would be avoided, for example, and significant improvements in terms of animal welfare, since the products are obtained from biopsies, without the need for slaughter or intensive breeding.

At present, the main obstacle to cultured meat is still legislation, i.e. approval for marketing, at least in Europe and the United States, according to a report published by Lux Research. Even funding is not a hindrance for cellular agriculture, since 2016 it has run a lot: they have gone from a few startups to 80 new ones in 2021, according to the same sources. Moreover, since then, these companies have received investments valued at more than $800 million.

Spain is not far behind and has two of these startups: Cubiq Foods and Biotech Foods. Cubiq Foods develops cultured fats and Biotech is one of the few leading initiatives in the world developing technology for the production of cultured meat. In fact, the latter, earlier this year, received $4.3 million (€3.7 million) from the Ministry of Science, through the CDTI, to develop a project of this type together with seven other companies.

Although legislative approval is yet to be seen in countries such as Spain, significant progress has already been made in other parts of the world. In December 2020, Singapore became the first country in the world to approve the marketing of Eat Just’s cultured chicken meat. In Europe and the United States, regulatory developments are expected to be forthcoming.

These are not the only advances in terms of raw materials for new meats, MOA food tech, a food upcycling company, converts by-products from the agri-food industry into “next-generation protein”, with high nutritional value and 100% sustainable. And it’s not the only innovation; other areas within the production chain are also seeing major developments.

This is where 2D and 3D printing come in. For example, the Navarre-based Cocuus, a technology company that develops solutions for the production of plant- or cell-based animal protein analogs using 2D/3D laser printing, bioprinting, and robotics, can create chops, bacon, ribs, and salmon with plant-based or cultured animal cells.

As can be seen, we are already experiencing major innovations and changes in the way we feed ourselves which, given the unsustainability of the current food system and population growth forecasts (9.7 billion in 2050, with a potential peak of around 11 billion by 2100, according to the UN), are being drawn up as the viable, ethical and sustainable solutions that both our planet and humanity need.

(Featured image by cattalin via Pixabay)