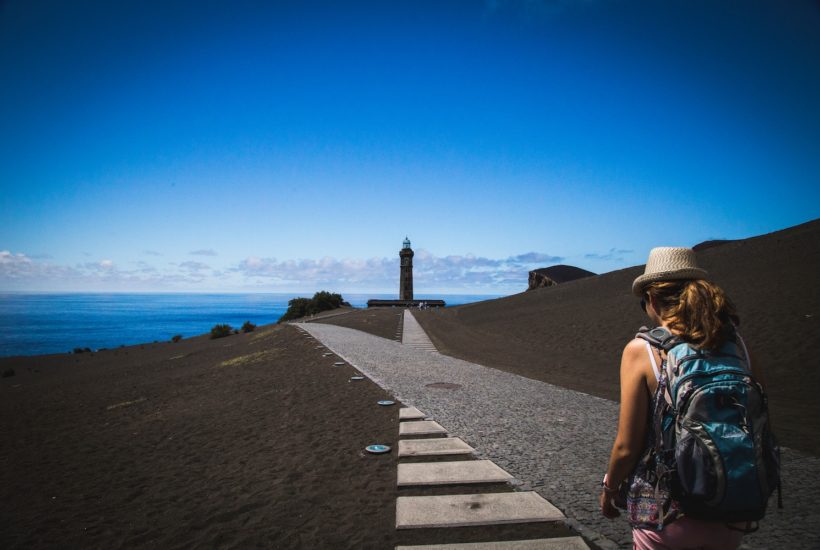 Extraordinary feats are within your grasp. If you’ve ever seen a colleague receive an award, watched an athlete cross a finish line, or read about an entrepreneur who sold their business for millions of dollars and thought, “That’s amazing but I could never do that,” you’re wrong. We’re all one decision away from getting on the path to extraordinary, says James Lawrence aka the Iron Cowboy.

James Lawrence was not born with any special physical talents or gifts. In fact, if you’ve seen the Netflix documentary Iron Cowboy, read his book (also called) Iron Cowboy, or heard one of his talks, he famously recounts he could barely finish his first 4-mile “fun run.” Fast forward a decade later, James completed the most audacious act of endurance on record: 50 Ironmans in 50 days in 50 states. An Ironman, if you didn’t know, isn’t a walk in the park, unless that walk includes 2.4 miles of swimming, 112 miles of cycling, and a 26.2-mile marathon run. That’s 140 miles every day if you’re counting. For the average triathlete, the race takes about 12 hours and 35 minutes to complete; though rules allow you to complete one in between 16-17 hours. And James completed 50 races in a row.

James says he’s not special. In fact, he emphasizes, we can all do something extraordinary if we use our minds. Here are five takeaways from James’ talks to help improve your mindset for life and business.

Set large goals that are hard for you

The key to doing something extraordinary is setting a large goal. Set something beyond your current abilities, even though it may take a long time to complete. James didn’t go from running a 4-mile “fun run” to completing 50 Ironmans in 50 days in a week. It took him 10 years of racing before he was ready to set an extreme goal like 50 Ironmans. James is a big advocate of huge goals. His suggestion is to make a goal, shelve the idea, but keep it in mind; then focus on everything small to get there. Break down your goal into small steps so you can complete it. When James set 50 Ironmans as his goal, he plotted out each course in each state, then gathered his supplies and his team, so he could make it possible.

Something extraordinary doesn’t happen overnight. If you look closely at any person who has ever done something extraordinary, they have been working towards that moment for a long time. Authors write and revise every day and submit their work to lots of publishers before they get published. Olympic athletes train day in and day out before they get to race for their country. Actors suffer a thousand rejections before they get cast in a film. As James says, doing things consistently over time builds your confidence and success. Each time you achieve a milestone along the way or overcome a challenge, you become more confident, which leads to reaching a bigger milestone.

People who give up don’t achieve anything extraordinary. It’s the people who show up every day over time that we find extraordinary. James said he often had conversations in his head during his Ironman races. One voice would tell him to stop, and another would tell him what he would gain from going on. But he knew he would never be able to achieve something extraordinary if he stopped. So once he won over that voice in his head, he would continue until he completed the race.

If you don’t know why you’re doing something or believe in your goal, you won’t have the will to achieve something extraordinary. Take time to discover your why—your driving purpose. Sometimes, you’ll have to try a lot of things until you discover the one thing that drives you the most. However, once you find your driving force, then you will be able to overcome the people who doubt you and stay strong when you’re charting an unfamiliar course.

Surround yourself with a great team

No one who ever achieved anything extraordinary did it alone. In stories, we celebrate the lone hero, but in life and business, the lone hero is not so lonely. He or she is supported by a team, mentors, and teachers. James had his wife and five children who supported his goals and gave him strength on tough runs. During his 50 Ironmans, his oldest daughter Lucy would run a 5K with him every day to keep him focused. He had two friends who gave up working full time so they could be his support team 24 hours a day, making sure he got food and equipment.

James says we are only one decision away from changing the course of our lives. James didn’t have special talents, but he was able to do something extraordinary because he set huge goals, did things consistently, never quit, had total conviction, and surrounded himself with a great team. So, what do you want to do that’s great?