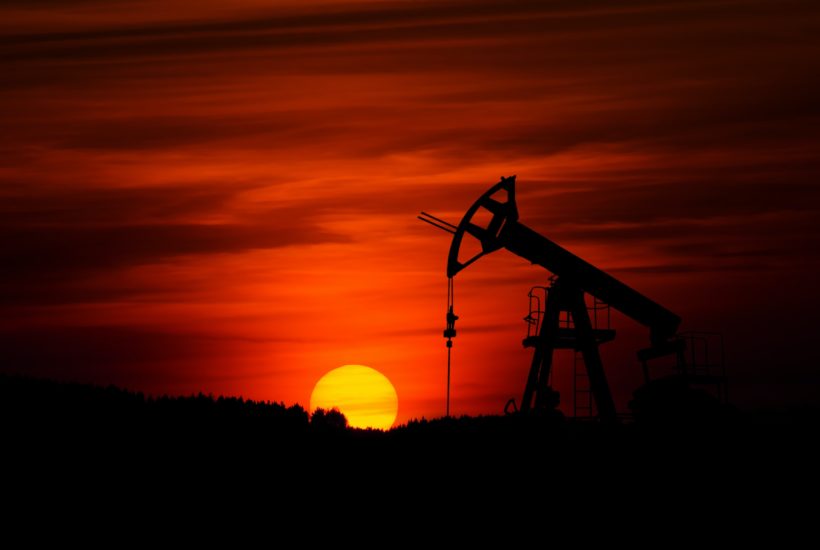 How does one explain the unexplainable? April 20 will go down once again as a day of significance. Oil prices crash below zero. Oil prices hit an unimaginable level low of negative $40.32. Buy when there is blood on the street. How many firms will go bankrupt? Oil firms, hedge funds, more. Thousands more unemployed. A pandemic raging. How many margin calls will not be met? Will even Futures Commission Merchants survive? Is this even real?

The world has been dependent on oil. Oil is the lifeblood of the industrial nations. It has become the major source of energy since the 1950s. It is the major underpinning of modern society, supplying energy to the power industry, heat homes, provide fuel for vehicles and airplanes, and provide the basis of numerous products that would not exist without oil. It has driven our technology. It accounts for at least a third of all energy used by humans, and fossil fuels, in general, account for at least 85%.

If oil is the lifeblood of the industrial nations it is also the lifeblood for numerous countries. Oil is the key industry for a host of countries. Oil exports make up more than 50% of exports for the following countries: Iraq, Libya, Venezuela, Brunei, Kuwait, Azerbaijan, Sudan, Saudi Arabia, Nigeria, Oman, Kazakhstan, Russia, Iran, Colombia, Norway, UAE, Bahrain, Bolivia, Ecuador. Only Saudi Arabia and Russia are G20 members.

Oil makes up 20% or more of the following countries GDP: Iraq, Libya, Kuwait, Saudi Arabia, Oman and, not included on the other list, Republic of Congo. In the U.S., the oil and gas industry supports some 10 million jobs. In Canada, the oil industry supports directly and indirectly upwards of 800 thousand jobs, generates $14.1 billion in revenue, and accounts for over 10% of GDP. When it comes to combining exports, reserves, production plus consumption Venezuela, Saudi Arabia, Canada, Iran, and Iraq top the list.

Oil is also the world’s biggest geopolitical commodity. The big price swings seen in the past 50 years have largely occurred because of wars, embargoes, and price wars. The Mid-East produces upwards of one third of the world’s oil. It is also the most unstable region in the world. The world’s largest proven reserves of oil are in Venezuela a country that has been undergoing years of instability. The pandemic struck and killed demand. Russia and Saudi Arabia could not agree on production cuts as Russia walked out. That created a supply glut. By the time they had declared truce oil prices had already fallen 60%.

All the oil produced a glut with a big chunk of it held in Cushing, Oklahoma.  Except the tanks were full. Oil tankers lingered in the Atlantic. Some 76% of the world’s available oil was in storages that were already full. When the futures came no one wanted to take possession. Contracts had to be dumped at any price. And possession would occur at Cushing where the tanks were already overflowing. There is no more room in the tankers either. Tankers that normally rent for $20,000/day were now going for over 10X that amount.

So, with the price of oil falling to less than a glass of Kool-Aid there are bound to be some dislocations. Rumors are circulating that a giant hedge fund is going under. Banks could be faced with huge losses because of bankruptcies and defaults. Oil companies could just disappear or, if they get lucky, get taken over, assuming they survive. Many will just cap their wells and leave town.

Storing oil has now become a better business than producing it. But if the coronavirus outbreak were to end and people get back to work, will that mean a resumption of demand? Maybe, but not necessarily. The coronavirus has merely exposed problems that were already there. It has exacerbated the problems.

But oil is not just WTI oil. WTI oil is known as West Texas Intermediate. It’s a specific grade. The other two are Brent and Dubai Crude. The global benchmark is Brent. And Brent is just under $20. Brent prices are used by most of the world. Still very low, definitely not negative. It was also no surprise to see WTI oil bounce back the next day. After all, once the rollover of the May contract is complete, then June becomes front month and that was last seen around $12. It fell roughly $8 over night. Could it too go negative come expiry?  The U.S. is trying to help out by buying 75 million barrels to top up their strategic reserves.

But with their incomes collapsing because of the collapse of oil prices or, in the case of the Caribbean countries, that tourism has collapsed their currencies are starting to become “out of whack” with the U.S. dollar. With declining U.S. dollars earnings, they will have great difficulty in balancing budgets and maintaining, in many cases, extensive social support systems. This in turn could lead to destabilization and the potential for revolts.

There is blood on the street. And according to the old saying, it is the time to buy.

Below is a 70-year chart of oil highlighting the major events that sparked sharp price increases and sharp price declines. The pandemic price-war is merely the latest and won’t be the last. The world remains too dependent on oil and as a result it is held hostage by the large oil producers and geopolitical maneuvering.