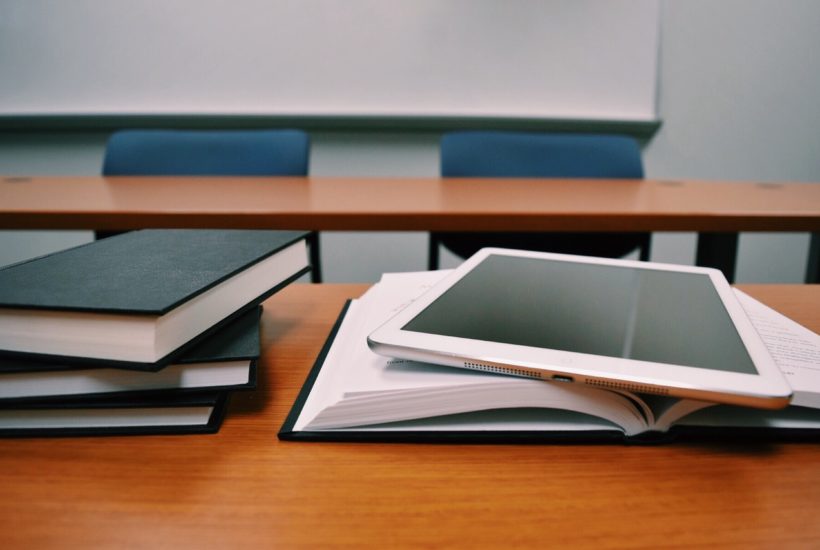 With a lot of talk focused on the metaverse now that companies like Facebook and XRApplied are gearing up to build the future of tech, it’s easy to forget about all the wonderful things we already have here and now. Much of the technology we need for the metaverse is already here. It’s just in an earlier, more cumbersome form that’s not quite ready for the always-immersed lifestyle that many visions for the metaverse imply.

Of all these metaverse technologies, the one that’s proving itself the most valuable in the here and now is Augmented Reality (AR), and it is doing this in none other than the critical field of education—both for adults and children.

Of course, it is true that we still need to wait for the arrival of sleek AR glasses, or even contact lenses before it becomes practical for all-day use. However, when the technology is used intelligently for a specific purpose, it’s hard to beat the experience it delivers.

To help give you an idea of how AR is being used, we’re going to take a look at some of the best examples of augmented reality in education. In all examples, we see intelligent educational experiences that can truly be said to leverage the technology in powerful ways.

The first educational augmented reality app we’re going to take a look at, AR Balloon Pop Fun Learning, has a rather simple premise upfront: children pop virtual balloons in response to onscreen and/or verbal prompts. Doesn’t get much more simple than that.

However, once we dig beneath the surface and consider how this sort of game could be used to deliver educational content, we find a game with much more potential than mere idle entertainment.

Firstly, the prompts children pop balloons in response to are all built around particular learning themes that early childhood learners must get acquainted with: numbers, animals, colors, balloons, and letters. Therefore, each time a child correctly pops a balloon and increases their score in the game, they are also learning (or reinforcing) vital skills that they need to succeed in their educational journey. However, the power of XRApplied’s AR Balloon Pop Fun Learning goes much deeper than this.

But it is also well known that the more neural pathways a person uses to both form and recall a memory, the stronger that memory will be. The same can be said for repetition—the more an item of information is repeated, the more likely it is that it will be remembered.

What makes AR Balloon Pop Fun Learning really powerful is the combination of repetition with different stimuli to help children form powerful memories in short order. In the game, children are not only presented with a highly-visual experience, but also audio prompts and plain old text, too. What’s more, they must move their bodies in order to control the virtual bow and arrow that they use to pop the balloons, adding a big kinesthetic element to it.

All in all, an incredibly powerful app for early learners, despite its initially simple-looking appearance.

We won’t spend too long extlling the virtues of this app—Catchy Words AR is a lot like AR Balloon Pop Fun Learning. The only differences are that the app is designed for slightly older learners who are now at the stage of learning to spell, and, instead of aiming a virtual bow and arrow at balloons, learners must instead walk around the room to catch the letters.

Apart from these two differences, the benefits of this app remain largely the same as for AR Balloon Pop Fun Learning.

Google Translate is the last on our list—something completely different from the previous two apps which not only illustrates the power of augmented reality in education but also provides a glimpse of the metaverse future. But while Google Translate’s utility as an educational tool is almost self evident—at least in language learning scenarios—its augmented reality features are maybe not so obvious unless you’ve already stumbled upon them.

A little-known feature of the mobile version of Google Translate is the ability to point a phone camera at any text in real life and have Google Translate provide real-time translation overlaid onto the page/sign/scroll/etc. Like this, any printed or written text can be read in its original format, almost as though it was written in the currently displayed language.

While this is limited to smartphone use for now, it’s easy to imagine a future where the same will be possible using augmented reality smartglasses, or even contact lenses. And this may not be as far off in the future as we think. Prototype contact lens devices already exits, and smartglasses are quickly coming down in both size and price.

All that remains up in the air is how this sort of technology will be integrated into education. The AR apps we’ve looked at all reveal there’s a big place for augmented reality in education. How will that change as we shift from occasional immersion via smartphones into full-time immersion via wearable devices will be a fun transition to watch.