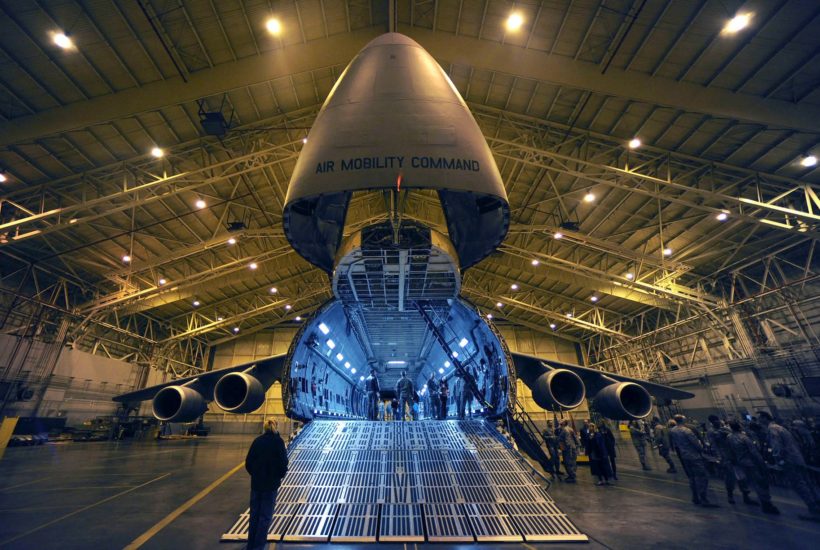 Looking for a massive funding document that describes hundreds of upcoming opportunities? Look no further than the new National Defense Authorization Act (NDAA) document that President Trump signed on December 21.

For 59 years there has been a NDAA appropriations document, but never has there been one this large. The 2020 budget for defense is $738 billion, an increase of $22 billion over the 2019 budget. This bill authorizes FY2020 appropriations and sets forth policies for Department of Defense (DoD) programs and activities. The document outlines planned short term spending.

The following examples of upcoming projects provide insight into what will be procured.

The government in 2020 plans to spend $2.2 billion for military construction in North Carolina. Another $1.1 billion has been allocated for Hurricane Florence recovery work at Air Station Cherry Point, Air Station New River, and Camp Lejeune. Of those three bases, Cherry Point is slated to get $73.97 million for an aircraft maintenance hangar, $61.34 million for an air traffic control tower and airfield operations, $53.23 million for an F-35 training and simulator facility, and $51.86 million for flightline utility modernization.

Funding for projects at Camp Pendleton includes a new mess hall and a warehouse with costs estimated at $71.7 million. An information center project is budgeted for $38.87 million, and the replacement of an ambulatory care center and dental clinic has costs projected at $17.7 million. Base officials plan to break ground on some projects in 2020. Another $2.65 million has been allocated to dredge Oceanside Harbor.

Fort Drum has been granted funding to upgrade several transportation projects. One project estimated at $21 million will renovate the railhead. Construction of1.2 miles of new railroad loading tracks will allow multiple trains to be serviced simultaneously. A side loading area also will be added as well as new ramps, lighting, and an Alert Holding Area. Another project funded for Fort Drum is a $23 million hangar to house tactical unmanned aerial vehicles.

Tyndall Air Force Base will receive $3.4 billion that can be administered over the next five years to assist with hundreds of buildings that were destroyed by Hurricane Michael. The funds include an emergency supplemental federal appropriation to help with renovations and rebuilding at the base. Funding also will assist with growth for Tyndall. Currently housing the F-22 Raptor fighter jet pilot and maintenance training facility, the Air Force base will become home for three F-35 stealth fighter jet squadrons.

Another Air Force base recovering from a natural disaster is Offutt Air Force Base in Nebraska. In March 2019, major flooding damaged 137 facilities, 50 of which will be demolished and rebuilt on higher ground. Offutt officials want to consolidate rebuilt facilities into eight campuses. Projects estimated to cost $140.5 million will include work on the nuclear command, control, and communications (NC3) operations area, a training campus, a recreation area, bulk fuel storage, cyber and intelligence personnel, security forces, backup power plant, and hangars.

Funding for bases in Texas includes energy projects with $16.5 million directed to Fort Hood for construction of a new central energy plant and $4.5 million going to Camp Swift to enhance its microgrid. Fort Hood also will receive $18.5 million for a new vehicle bridge and $32 million for soldier barracks. The Joint Base San Antonio will receive $207 million for modernized training facilities, an air traffic control tower, new barracks, a dining facility, an aquatics tank, and Air Force Personnel Center B wing. The Corpus Christi Army Depot will get $86 million for a new powertrain facility, and funds will be allocated to expand an infrastructure investment program to include Federal Aviation Administration-licensed spaceports, including Houston Spaceport.

Funding also has been allocated for technology-related projects. Cyber reviews will be mandated every four years, and quarterly reviews will be performed on cyber mission force readiness. These steps will allow the DoD to speed up its procurement processes for software updates. Pilot programs costing $275 million will be performed at four military bases this year. These projects are related to integrating high-speed 5G wireless connectivity. Hill Air Force Base in Utah will experiment with spectrum sharing, McChord Air Force Base in Washington will use 5G to enable virtual reality training, and Naval Base San Diego and the Marine Corps Logistics Base in Georgia will test 5G connectivity.

Other military installations receiving significant funding from the NDAA include:

Contractors interested in this type of work should check for more details in the regions of interest to them.