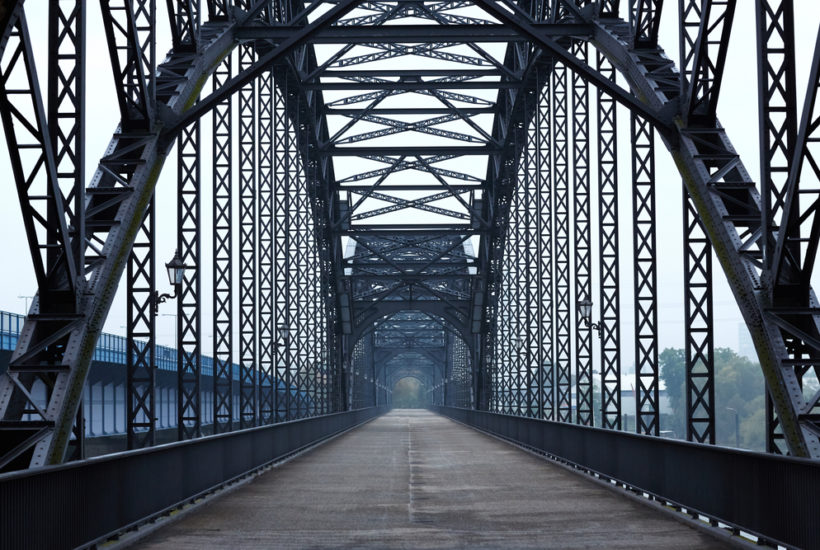 A few motorists — those who are aware of America’s bridge conditions — are occasionally selective about the bridges they cross. Millions of other motorists, however, are unaware of the fact that government leaders nationwide are scrambling to find funds to repair old bridges throughout the U.S.

A recent report from the American Road and Transportation Builders Association identifies more than 47,000 bridges in the U.S. that are in poor condition and in dire need of repairs. “Structurally Unsound” is a term that is too commonly used when describing America’s bridges. The classification indicates that one or more key components of a bridge need repair.

Responsibility for maintaining, repairing and replacing bridges falls primarily on the individual states.  However, in spite of warnings about questionable bridges over the past years, many states have lacked the funding required to address their bridge problems. That is changing and the result will be an abundance of contracting opportunities.

Just this month, a bridge collapsed in Chattanooga, Tennessee, when the concrete railing section fell from the bridge. One person was injured as a large chunk of concrete fell off the I-75 North Bridge onto the I-24 westbound ramp below.  Sections of the roadway were closed and the state’s transportation agency says that it could take a month to repair the bridge.

Other bridge incidents point to the danger and the need for immediate action. The collapse of Florida International University’s pedestrian bridge, which left six dead and nine injured, and the Dale Bend Road bridge collapse on the Petit Jean River in Arkansas are examples of what can happen. Just last month, the Mississippi Department of Transportation (MDOT) announced an emergency closure of 34 bridges after inspectors found them unsafe.  The Federal Highway Administration let the state know that it would lose $530 million in federal transportation funding, an amount that would consume approximately half the MDOT’s budget, if the bridges were not closed immediately. The agency has allocated $250 million for bridge repair.

The state of New Jersey is also moving to reduce its backlog of structurally deficient bridges. Officials have renewed the Transportation Trust Fund and increased the funding to $44 million for local bridge repairs. However, that amount is woefully insufficient.  It will take billions to address the entire backlog of bridge projects in New Jersey. Upcoming opportunities for contractors include the following:

State leaders in Illinois are in discussions to allocate transportation funding so that bridge repair can begin there and the Virginia Department of Transportation has announced that it will seek a contractor to replace the superstructure of the Chatham Bridge.  This bridge connects Stafford County and the city of Fredericksburg. This project has an anticipated completion date in early 2022.

NCDOT is developing a project to replace two bridges along NC 55 over the South Prong Bay River and Alligator Creek in Pamlico County. The first bridge has been classified as structurally deficient as some components are in poor condition. Replacement of the second bridge would alleviate the current escalating costs required to maintain the structure.

In Ohio, Miami County officials announced a plan to replace or rehabilitate 342 bridges. One project includes replacing an existing steel beam bridge on Croft Mill Road with a galvanized truss bridge. Bridges on Fenner, Miami-Shelby, and Sodom roads will all be replaced and repairs are scheduled for numerous other bridges.

The governors of Oregon and Washington have announced a plan to open a joint office while an existing interstate bridge is replaced. The bi-state office will oversee public outreach, design, and engineering on the project to replace the I-5 bridge crossing the Columbia River. Oregon officials say the bridge is a seismic risk that will require redesign for freight and public transit. Currently, the bridge routinely creates a huge bottleneck and threatens economic growth.  Lawmakers from both states are currently allocating the funding. The two states must demonstrate progress on the project to the federal government by September or $140 million of debt from past planning costs will be due.

NCDOT recently announced plans for a six-lane road on U.S. 74 and replacement of a bridge over the South Fork of the Catawba River. The project will expand a 1.2-mile stretch of road, widening the existing road and bridge to six lanes and a walkway. There is also discussion related to light-rail access.

Officials in Boston, Massachusetts, expect to begin construction on a new Long Island bridge in 2020. The mayor’s office announced plans to rebuild the 3,400-foot bridge between Moon Island and Long Island. Project design will be finalized this year and the $92 million bridge will be fully funded by the City of Boston.

Contractors who do bridge work will find lots of opportunities in 2019.