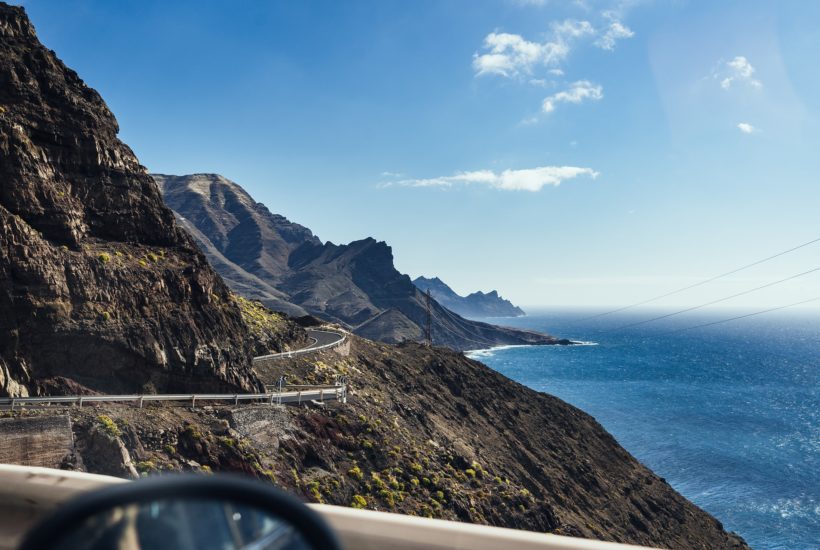 The Regional Ministry of Economy in the Canary Islands is working on innovative projects in relation to Africa, such as promoting the unexplored path of attracting investment from companies on the continent to the Islands and positioning Canarian ports as a base for disaster prevention and response operations.

Among other initiatives, the Minister of Economy, Knowledge and Employment, Elena Máñez, referred to both projects in a parliamentary hearing on the situation of the Canary Islands with respect to Africa in the face of the COVID-19 crisis, requested by the MP for the Popular group, Juan Manuel García Casañas.

Read the latest economic news from around the world and find out how the Canary Islands plan to collaborate with Africa, with the Born2Invest mobile app.

The importance of a collaboration between the Canary Islands and Africa

Elena Máñez warned that the coronavirus is going to mean very significant damage and a setback on the African continent, firstly in terms of human lives, but also in the economic and social aspect, and could end up plunging 50 million people “here next door” to the Canary Islands into poverty.

In her opinion, the Canary Islands must actively contribute to the stability and development of Africa because for the archipelago “it is vital to look” at the nearby continent. During the pandemic, said Elena Máñez, more than 200 island companies operating there have been monitored to know first hand their situation.

The main difficulty they had was due to the closure of connectivity, said the counselor, who recalled that a vulnerability of many African countries is the large percentage of the underground economy.

The idea of the Canarian Government is that the archipelago should act as a node for the transfer of international knowledge to Africa while promoting a study on the needs of Canarian companies for their internationalization, so that they have “a soft landing” and assistance on the continent.

In addition, greater emphasis will be placed on attracting African investment to the Canary Islands “in a way that has not been explored until now,” according to Elena Máñez. To do that, a campaign will be carried out to identify companies with the potential to set up in the islands and which use, for example, the incentives of the Canary Islands Special Zone.

It is also planned to position the Canary Islands as a center of operations for the prevention and action in the event of environmental disasters on the continent, which would be an opportunity for Canary Islands ports “because it is a question of putting our strengths at the service of new needs,” stressed Máñez.

In addition, the Ministry also wants to identify the Canary Islands companies likely to participate in tenders in Africa to have a database with which to subsequently advise them in a process that is often complicated and difficult, she added.

In her opinion, island companies that saw internationalization as something far away “are broadening their view” and seeing opportunities on the African continent.

Likewise, the Regional Ministry will launch “a new bet”, the Africa Canary Challenge project, by which it will unite young Canarian and African talent to provide a business response to common challenges linked to health and social inclusion.

In addition, the Regional Ministry has undertaken a study of the agri-food sector in Morocco to analyze the possibilities of introducing Canary Islands companies.

The popular deputy Juan Manuel García Casañas said that the Canary Islands must play a more active role than ever in West Africa. However to do so, he added, there must be coordination with the central Executive and the autonomous region must demand more involvement in the state Africa Plan.

Ricardo Fernández de la Puente, for the Mixed Group (Citizens), agreed on the interest in whether there has been “progress” in the aforementioned Africa Plan and any specific measures that have been implemented. He proposed that the Canary Islands should exploit their connectivity to serve as a link between African countries, the United States, and Canada.

For the Socialist Grouping of Gomera, MP Jesús Ramos agreed that the Canary Islands should have an essential role in the state Africa Plan. He also argued that the coronavirus has been able to slow down the economy, but not the mafias that traffic in immigrants.

On this point, Manuel Marrero, spokesman for Sí Podemos Canarias, alluded to the possible xenophobic positions due to the arrival of immigrants with coronavirus. He considered that cooperation relations should prevail over business relations because the first economic problem in Africa “is hunger”, a pandemic “that does not scare us because it brings the usual deaths.”

Esther González, Member of Parliament for New Canary Islands, said that the pact for social and economic revitalization of the Canary Islands underlines the importance of internationalization. He maintained that in view of the lack of resources in African countries in relation to the COVID-19 pandemic, it should be the European institutions that respond to a call from the UN to draw up a global humanitarian response plan.

Juan Manuel García Ramos, from the Canarian Nationalist group, was interested in whether the Government of the Canary Islands has any plans to extend its institutional presence in the closest African area and stated that in the competencies in this area there has been a fragmentation “and confusion of roles.”

(Featured image by marcinjozwiak via Pixabay)

First published in LA VANGUARDIA, a third-party contributor translated and adapted the article from the original. In case of discrepancy, the original will prevail.