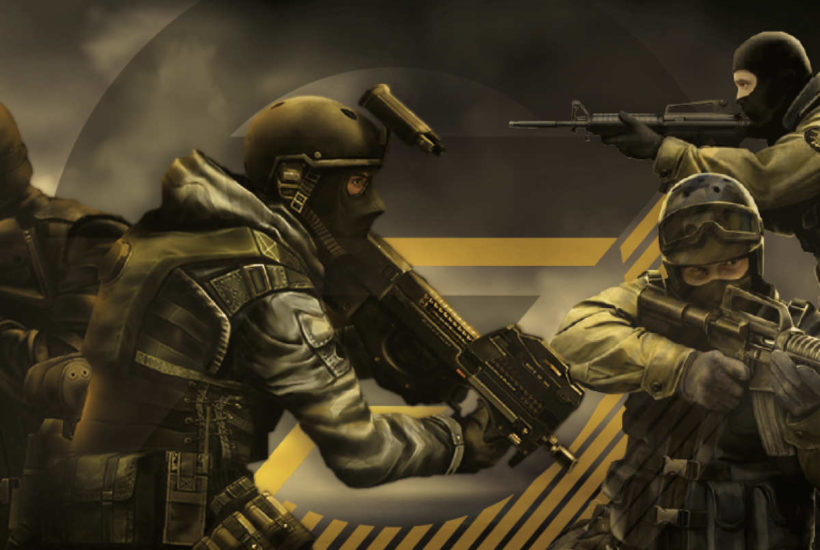 Competitive video gaming, or esports, has been one of the breakaway industries of the last decade. Rising from near insignificance to mainstream acceptance and astonishing revenues. Yet the profits have mostly been concentrated at the top, reserved for those in the spotlights, while gaming companies, broadcasters, and merch companies have stood to gain far more than the players. Worse still, the number of players who do succeed is extremely restricted, to certain games, systems, and regions. But any real-world sports player will tell you there is room, and need, for rewarding competition and a tight-knit community at every level: logic the creators of FORMATION.GG have taken to heart.

The explosive growth of a resilient industry in esports…

The story of the esports industry is a familiar, if surprising, one. A rapid rise to prominence propelled by a few visionary game companies partnering up with sponsors and broadcasters. A smattering of world championships, cups, and tournaments spread across a number of different gaming titles like League of Legends (LoL), Counter-Strike (CS), or Starcraft. Now these grand tournaments and the very best players rake in money unheard of outside mainstream sports.

Better still, esports proved resilient to the ravages of Covid-19, which shut down so many sporting events across the globe. What forced Football or Rugby teams off the pitches brought millions more players and viewers to their screens to follow esports. Gaming increased during lockdowns and doesn’t seem likely to decrease anytime soon, helping to spur the industry to ever greater heights. Some players with a foot in both worlds even saw opportunity in the esports industry, a collaboration that has led to the creation of Formation, a startup intent on capitalizing on the sector’s momentum.

Some estimates put the total value of the industry by 2023 at over $1.5 Billion. Yet compared to more traditional sports, electronic ones are still in their infancy. And it sometimes shows.

…has left many gamers behind

No different from the roughest of contact sports, esports winnings and sponsorships have been massively concentrated on the stars. The select group of players competitive at the highest level can make a living (sometimes a killing) off their talents, and the teams they play for can pull serious media clout and advertising revenue.

This makes perfect sense if you think of the parallel with physical sports. With millions of (American) football fans watching the Superbowl, or (global) football fans buying jerseys of legends like Messi or Neymar, the revenue naturally ends up concentrated at the top. But unlike these sports, Esports audiences are FAR more likely to play, and play at a competitive level.

Esports however, cannot be treated exactly like any other sport. Market analysis of esport audiences points to one aspect in particular: the ratio of casual viewers to enthusiasts. The latter group are also players—gamers, who are following teams and tournaments, but also participating actively in the games. Imagine if half the rugby fans in New Zealand also played every weekend? Regardless of the competitive level they achieved, that would represent a massive, nearly untapped reserve of determined dreamers… and all the audiences they could bring is enough to make even the most tight fisted sponsor drool.

SEE ALSO  The basics of business investing: What you need to know

This simply doesn’t happen in rugby or any other sport out there, however. In these sports, the audience share which actually plays is a single digit fraction at best. Yet the esports industry is different; it is becoming easier and easier to play casually, but not yet competitively for real prize money. For now… a fact FORMATION.GG is planning to change.

While traditional or contact sports revenue focuses on Europe or North America, Esports juggernauts tend to be based out of Asia (and in some cases Europe and NA). Population growth, and rising income are accelerating access to gaming, and the advent of smartphones is making much of that audience mobile. A trend which is only happening faster in developing countries where mobile access far outstrips other digital connections. Whole generations of competitive gamers waiting for their chance at success deserve a place to meet, play and win.

That is why one enterprising team of contact sports players, gaming enthusiasts, and tech minds have come together to launch FORMATION.GG. This new platform which went live today may still have a few kinks to iron out, but the primary functionalities are clear, and the advantages they offer are tantalizing in a field that has become increasingly limited.

FORMATION.GG leveling the playing field by bringing gamers together

The esports industry is fragmented. Dominated by big-name gaming companies and giant international tournament organizers, ordinary players with a hunger for victory and glory are falling through the cracks. Formation’s rugby playing founders are keen to make sure every team-mate is given a chance, and their new esports platform is perfectly designed for it.

Not only will it allow players to participate in tournaments across a wide variety of games and platforms — tournaments which can (but do not have to) include cash prizes — but it even allows them to create and organize their own tournaments. By democratizing the entire process like this, there is a double attraction for both players and sponsors. Players can easily participate in casual tournaments designed for and by other gamers, while sponsors can get the undivided attention of niche audiences for incredibly affordable prices.

Streamers and influencers have an easy way to mobilize their community and increase their own viewership by organizing or participating in straightforward tournaments. While rising stars or gamers with a dream can find a place to practice their skills, rise through the ranks, and make themselves known. Think of the casual tournaments like the amateur league games in Rugby: a staple of the community, a gathering place for passionate fans, but also a place for players to hone their skills, find recognition and even glory.

FORMATION.GG sitting on a gold mine of untapped potential

Not only is the platform well adapted for users of all levels across the most popular gaming titles, it is also aimed at players from all regions… and systems. This universality is a huge selling point, as it allows players from regions nearly devoid of competitive gaming to test themselves against those from the very most saturated. Regions like Korea and Europe may even be oversaturated; players may have a hard time finding match-ups, competitions open to them, or prize money accessible below the top tiers.

SEE ALSO  Why your beliefs are crucial to your success

Furthermore, the FORMATION.GG esports platform not only exists in both mobile and browser versions, but also hosts games from across all systems. PC games and mobile games on the same platform, with results you can compare across both? Unheard of. Throwing consoles into the mix as well is practically gamer sacrilege, but some traditions are made to be broken. Breaking them can even offer up unique opportunities. The potential user base is three times that of any given individual market, and when it comes to creating a community that will carry on under its own momentum: inclusivity is key.

From a business perspective, this has a clear advantage. The revenue that can be derived from an audience is directly correlated to its size, particularly in the underdeveloped mobile esports market, which represents millions of players today, and potentially billions in the future. It is no surprise then that all the major esports giants are already moving to make games accessible to mobile users. FORMATION.GG goes one step further, bringing them the ability to compete in both formal and informal settings. This makes the platform a natural hub for players from across different regions, demographics and even language (the platform will be multilingual): a massive audience almost completely untapped in the current market.

The esports world is only set to grow, and Formation will grow with it

While this project is only in its infancy, the world of esports is barely any older. A decade of accelerating growth has already pushed it to the front of the digital entertainment industry, but it has a lot of growing left to do. In fact, as esports becomes an increasingly popular form of entertainment and a legitimate career choice. A flood of passionate players will be pouring in, and FORMATION.GG will be building an esports community ready to welcome them with open arms. Offering them an opportunity to keep up with the fast-moving world of esports, compete for real prizes, and become leaders.