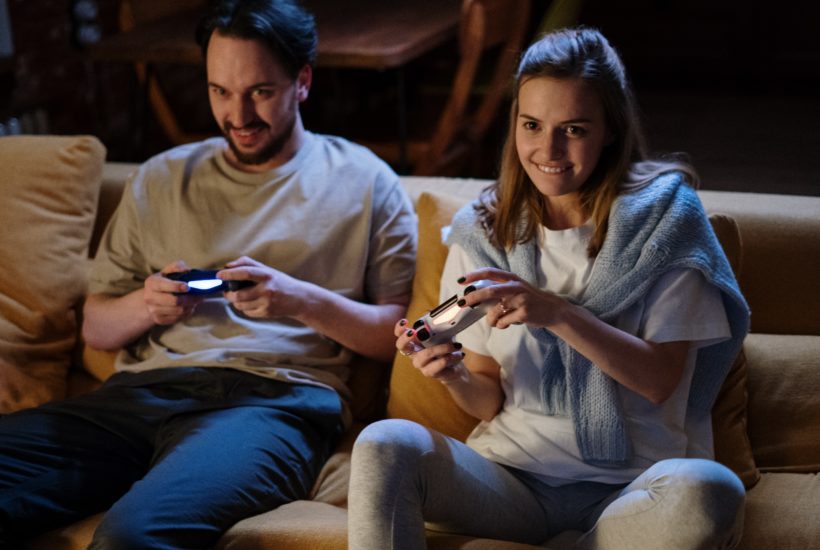 Long gone are those times when people would laugh at the possibility of thinking of video games as a sport. Today, eSports are exponentially increasing to the point where there are schools of it, careers are dictated and it is pursued as a ridiculously demanding goal. With this interesting world that seems to have no ceiling, one factor takes even more power: the economy. With large sums of millions for its competitors, the reality is that nowadays, the prize pools in the competitions are enormous. The question is, how did it come to this? Read on and you will find out.

The competition in the world of video games goes back many years, although it was at an amateur level, it was between the ’80s and ’90s according to the unquestionable Wikipedia. It was precisely in 1980 when Atari held the first “official” competition, “The Space Invaders Tournament”, which brought together more than ten thousand participants from all over the United States.

Not all price pools were in dollars

Despite these first steps within the competitive aspect, it is not until the late nineties that we find what is considered by many the first official competition of electronic sports. Quake, the mythical title of id Software, was the absolute nucleus of a championship called Red Annihilation that, in May 1997, ended with a victorious Dennish ‘Thresh’ Fong taking home a peculiar and striking prize: a Ferrari 328 GTS belonging to the extensive collection of John Carmack, co-founder of id Software and one of the most influential figures in the history of video games.

MOBAs and its first awards

If we are talking about eSports, we certainly have to talk about the arrival of the MOBAs. Both “DOTA2” by Valve, “League of Legends” by Riot and “Heroes of the Storm” by Blizzard have completely changed the way professional skills are developed and executed from every point of view, but above all, they have managed to bring the production level of these skills to the highest point in the history of video games.

With the launch of DOTA2 in 2011, Valve announced shortly thereafter the first worldwide Dota tournament called “The International”, along with the biggest incentive that would have existed so far, a final price of $1,000,000 for the winner. Logically, this attracted the attention of the most important teams from all over the world and achieved a unique call at the event that took place at Gamescom, Germany.

SEE ALSO  Ripple strengthens its foundation in Asia through 3 partnerships

The growth of prize pools

Without a doubt, just by looking at the final awards of the different Internationals that have been held since 2011 until today, one can see the enormous development that exists on the scene, and what it promises for the future. As we said, in 2011 the prize was $1,000,000, but in 2013 it was $2,875,000 (a prize pool distributed among all the positions), in 2014 with a big jump it goes on to generate a prize pool of $10,000,000, in 2015 $18,000,000 and in 2016, $20,000,000 was collected. From 2017 onwards, this amount would continue to rise exponentially. It should be clarified that I said collected, that is to say, that Valve provides a basis for the prizes, but the rest of the prize pool is calculated based on the tickets sold both from online spectators and from spectators who physically attend the show. In total, the number of spectators at each match is several million.

On the other hand, contrary to what is normally thought, being a professional player and competing for these prizes is more accessible than ever. In recent years new tools have been enabled that allow players to improve more and more to have a chance in the top leagues. For example, in the case of Counter-Strike: Global Offensive there is the possibility of hiring the services of Eldorado, where players can purchase an account as well as boost their CS:GO rank and have a chance to reach high ranks to hang out with the best and learn from them, dreaming of starting their way to become professionals in the future.

SEE ALSO  Travel planning basics: What you need to know

Now, speaking of a 2020 crossed by very unusual circumstances, the world of eSports was dominated by Counter-Strike: Global Offensive, Dota 2, League of Legends, and Fortnite, with exuberant prize pools in each of them. With this said, who knows what game will take over the competitive scene in 2021? Even though Fortnite is losing its audience, titles such as Counter-Strike: Global Offensive are getting stronger and stronger and it is inevitable to imagine the magnitude of the prizes that will tempt its competitors.

Undoubtedly, video games as sports are not a new phenomenon, but one that is becoming known now. All the lovers of this universe can only hope that it gets bigger and bigger, seeing how people stopped calling them “games for kids” and started calling them”sport”. And if someone thinks the opposite and even considers them as something that can never be competitive, we invite him/her to see the enormous prize pools that will show the opposite.

(Featured image by cottonbro via Pexels)