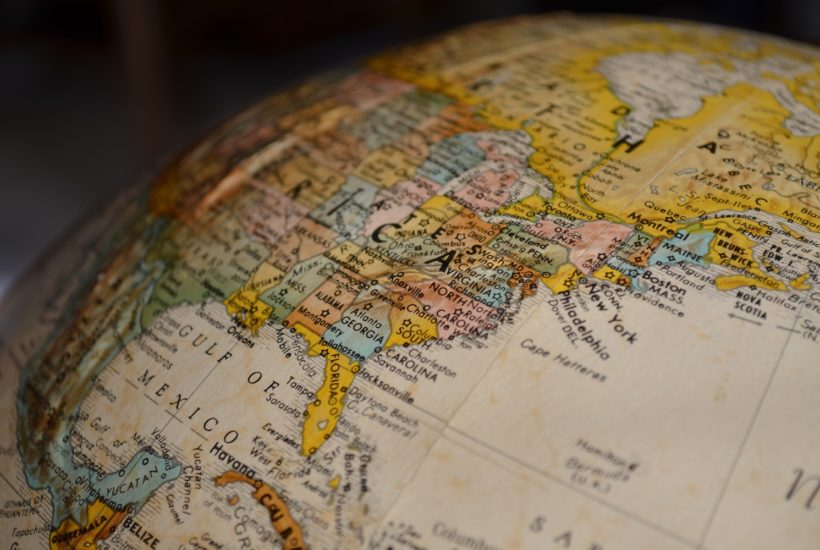 For some readers, globalization may carry a negative connotation in terms of its economic and societal impacts. Still others may be worried about the fragility of the system in the face of the COVID-19 pandemic. Yet even while we criticize its many flaws, it is important to also keep in mind the good it can bring. The progressive transfer of goods and services across borders also creates bridges which enable movement of ideas and traditions. Health and wellness innovators like Rritual demonstrate that the business world has much to gain from flowing with, not against, this global movement.

The traditional understanding of globalization is incomplete

The debate over globalization and its impacts is an extensive one, and hardly needs to be carried out here. The negative aspects in particular get a lot of attention, and for good reasons, corporations exploitative labor practices, the race for resource extraction and international financial and economic meddling have all taken their toll. Yet there are positives as well that must not be ignored.

In order to do so academics will often focus on broad abstract concepts: economists will laud increased efficiency while historians might point to increased cultural exchange. It is often difficult to think of these concepts in relatable terms however, or see the ways that globalization  can impact our daily lives. But it does.

Many of the products we consume on a daily basis would not be accessible outside a globalized economy. The fruit and vegetables we eat out of season, and depend on for good food and health, are internationally grown and imported. Our ability to travel to, and communicate with, the world in particular has been drastically lowered. As the chart shows, it has now become accessible as a leisure activity, or business necessity, for people from all walks of life.

Yet one aspect that often goes unobserved is one of the most important – cultural and traditional exchange.

Within the category of cultural sharing, we too often present global movement as a one sided trade between a developed ‘western’ world and a resource rich ‘developing world’. But we are not just cultural exporters, we are importers as well, and one of the key commodities we import is wisdom.  Knowledge that has been passed on in long standing traditions in isolated cultures around the world, is now beginning to be accessible to the globe as a whole.

These may sound like intangible concepts, but there are ways to observe them in action in modern markets. For example, the advent of adaptogens, and adaptogen mushrooms in particular, is a powerful argument in favor of mutually beneficial cultural exchange.

Adaptogens is a broad label coined by russian scientists in the 1940s who were researching substances that allow the human body to better ‘adapt’ to stress (among other things). As expected they started out focusing on chemicals, but were quickly taken in with the wonders the natural world already offered.

Soon scientists were studying the benefits of roots, leaves and even fungi from the four corners of the globe. Ginseng and reishi from chinese medicine have already achieved international fame and were joined by lesser known fungi: chaga, cordyceps, lion’s mane and even turkey tail. Curiously some of these are even widely available in ‘western’ climates, but we required the opening and cultural exchange of globalization to begin to see the wealth nature had to offer.

Plants which had been used for hundreds or even thousands of years in traditional health or wellness practices offered a deep well of opportunity. Opportunity to strengthen and support the mental fitness of all, and capitalize in the process.

Yet it is one thing for scientists to study a concept, analysing in abstraction the knowledge of others. And it’s very different for that knowledge to become accessible and beneficial in our lives. Globalization after all can only take us so far, it can offer an opportunity, but it takes insight and innovation to take advantage of it. Particularly to figure out how to make that final connection with western consumers, such that the benefit of globalization is not just esoteric, but material as well.

One company is doing just that however, providing the perfect example of how to make those connections. Rritual combines a rich understanding of the traditional ingredients they use, with powerful insights into the needs and habits of consumers.

The company specializes in adaptogen-rich mixes powered by functional mushroom ingredients combined with nuanced natural flavors. The Canadian company was built by and for health and wellness experts, both in physical and mental health. This has allowed them to understand the problems of the modern world, and provide much needed support.

Focusing on sleep functions, immune system boosting and stress relief shows they are well aware of many of the struggles of the modern globalized world. But instead of bemoaning them, they are doing something about it. Rritual is putting to use the positive side of the phenomenon, taking key cultural wisdom and international ingredients, and showing how they can best be used to enhance the lives of all.

Rritual has quite cleverly focused its branding and campaign on making adaptogens part of our everyday lives by making them an addition to our daily rituals. Not only are adaptogens more likely to benefit us over a longer term, but the symbolic and cultural impact serves also as a connection to the ultimate source of this greater wellness, the global wisdom of the world.

What could be a better reminder of the wonders of globalization than beginning each morning by keeping up with world news, while drinking a fair trade coffee from latin america, augmented by a powdered mushroom from asia.