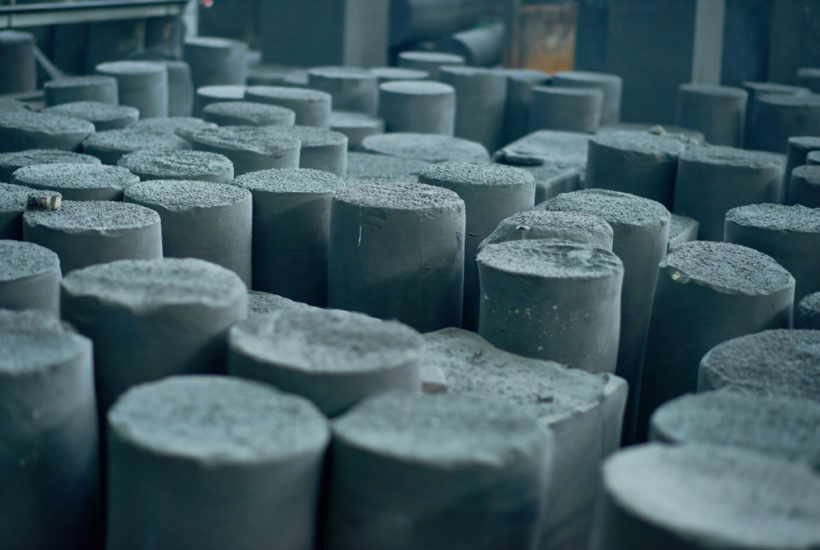 Sales of electric vehicles (EV) could hit 24.4 million by 2030. One of the big beneficiaries of the EV boom might surprise you. Thanks to the concurrent rise in demand for batteries, graphite miners will find themselves fighting to keep up with demand. EVs will require lithium-ion batteries and other similar energy sources to function properly. Batteries require a lot of energy metals, including graphite. American companies like Mason Graphite (TSXV:LLG), Zenyatta  Ventures (TSXV:ZEN), Great Lakes Graphite (TSXV:GLK) dominate this space.

Currently, the Chinese steel industry is the main driver of graphite demand and use. With the lithium-ion battery surge, China is preparing to produce around three times more graphite than they do currently. By 2020, the country could be the leading global graphite producer, but other countries aren’t asleep at the wheel and China is likely to face stiff competition.

North America is preparing itself for the graphite renaissance

Canada is currently the fourth largest producer of graphite globally, so it should come as no surprise that some of the most promising graphite companies hail from the Great White North. Strangely, despite Tesla’s pledge to procure exclusively North American graphite, the United States produces little to no graphite itself.

That being said, there are some all-American manufacturers. Great Lakes Graphite (TSXV:GLK), trading as Novocarbon, is preparing itself for a non-brokered private placement. The announcement comes after significant leadership changes in the company. GLK is dedicated to producing battery grade graphite in the USA and has a 500MT annual production target.

Zenyatta Ventures Ltd. (TSXV:ZEN) recently announced its name change to ZEN Graphene Solutions Ltd. The producer of high-quality Albany graphite is located 30 kilometers north of the Trans-Canada Highway. The move to change its name coincides with the company’s efforts to acquire the equipment required for graphene production. ZEN is clearly preparing to position itself strongly in the upcoming fight for the e-metal market.

Another child of the Great White North, Mason graphite (TSXV:LLG) is preparing itself to go the distance. The company’s team has over 50 years of combined experience and took a huge leap forward in February when it acquired key equipment for the Lac Guéret. The company also announced that they had completed much of the pre-construction work and were in possession of all the permits necessary to begin operations.

Despite the huge potential of the graphite sector, North America risks being overtaken by an unexpected competitor, Africa.

Cryptocurrency aligned with graphite might sound strange, but combining the two is exactly what Swiss EMX and Global Li-Ion (OTC: GBBGF) plan to do. Through an innovative partnership, the two companies plan to revive the Malagasy mine project and bring e-metal investment to the masses.

The mines in Madagascar could soon be a hotspot for investors thanks to the black gold awaiting beneath the surface. LION is working closely with the Madagascan government to reopen the Malagasy mine as quickly as possible, and the preliminary surveys are highly promising, with reports that the graphite layers are up to 30 meters thick.

This is important because Swiss EMX has signed a deal with LION to deliver 10,000 tonnes of graphite that will back their groundbreaking graphite token. This token will be hosted on Swiss EMX’s exchange and finally allow ordinary investors to take part in the e-metals investment market. This is a critical development because the value of the token can never fall below the value of underlying graphite asset, and might even rise based on perceived utility.

The Graphite Token represents a unique development since it is the first Western security token that will be entirely backed by an African asset. It makes investing in Africa a much more enticing prospect for otherwise shy investors. SwissEMX also forms part of the larger story of Africa’s rise as an important economic power.

One of the most important summits in Africa will take place from June 17-21. This summit will bring together investors and business leaders from around the globe.

AFRICA MOVES creates a place for partnerships to be formed as it brings together people with a mutual interest in investment and African startup funding. Africa’s most promising innovators will be exhibiting at the event, which offers total space exceeding 20,000 square meters for exhibition stands.

Swiss EMX and Global LION and their Graphite Token will be among the 300+ exhibitors at the AFRICA MOVES event held in Tunis. The summit will host over 8000 innovative leaders in total. During the three exhibition days, investors willing to venture into the graphite sector or other representative industries will stand a chance to get pitched up close and personally by the companies.

The AFRICA MOVES summit creates an opportunity for startups to build trust and credibility with both angel and institutional investors. This unique experience could build the very foundation upon which more investors may decide to invest in Africa and therefore unleash the simmering potential this unique continent holds inside.

(Featured image by SeventyFour via Shutterstock)