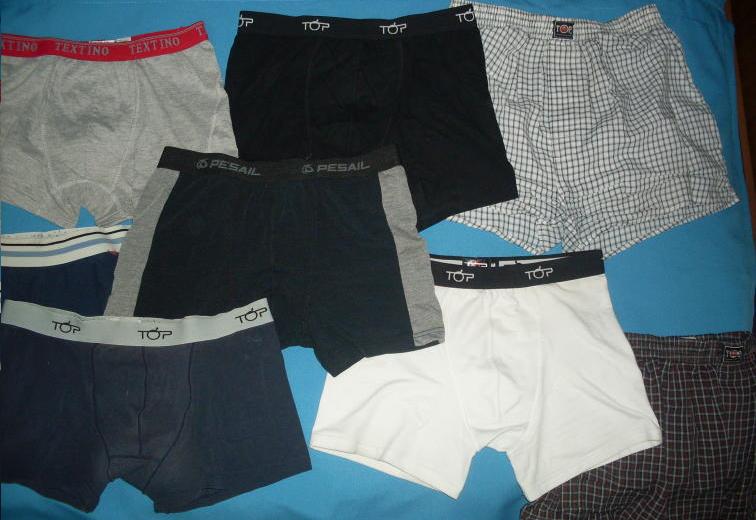 Up until a generation ago, men only need to whittle down their choices between two types of underwear: boxers and briefs. Though each has its own set of advantages, they can hardly be called fashionable, especially since the focus is on comfort, not style. But gone are those days when fashion and ease cannot be reconciled. The time of the boxer brief has arrived, so why bother choosing between boxers and briefs when you can have both in one piece?

Characterized simply as an underwear that fits tightly like briefs but has the length of traditional boxer shorts, boxer briefs are the new generation of men’s underwear. In fact, it is also popular with the ladies, who find it sexier than the traditional boxer and brief. According to Bloomberg Business, boxer briefs now comprise 40 percent of the $2.7 billion men’s underwear market in the United States. What was once an avant-garde piece is now accepted into the mainstream market, thanks to its functionality, comfort, and flair.

The biggest advantage of boxer briefs over the boxer shorts is its ability to provide support and coverage in a way that also sculpts the lower trunk. Without a doubt, boxer shorts would always remain to be the most comfortable because of its looseness and roominess, but its lack of cuppage can be a problem especially for a man with an active and athletic lifestyle. They also have a tendency to bunch up, ride up above the waistband of your pants, or even slip down below it, making them a poor choice for physical activities because you would need to realign them constantly. The slit on the fly of traditional boxer shorts can also encourage a sort of “flop out,” even with a button enclosure. Boxer briefs, on the other hand, works under all types of clothes—even under tight pants that you use for sporty activities. It also utilizes a much more effective and user-friendly Y-front.

Unlike boxer shorts, boxer briefs can give support and coverage while shaping the lower trunk. (Source)

Briefs provide the support that boxers cannot give, but studies show that they can lower sperm production. Since briefs are snugger compared to boxers, wearing briefs can cause the scrotal sack and its contents to be up against the body wall, increasing temperature and possibly affecting sperm creation. Boxer briefs get rid of this problem by having the freedom that boxers provide, while at the same time ensuring a snug—yet not too tight—fit on your essentials. It also provides full coverage, covering everything from your waist and butt to your mid-thighs.

Aesthetically speaking, boxer briefs with full-cut thighs give it the modesty of the traditional boxer and the functionality of the snug, ribbed cuff of the usual brief. Dark-colored boxer briefs look especially good for those who want to hide a little extra weight, as the dark hues complement the underwear’s slimming abilities.

The fabric matters, too. Most boxer briefs are made of cotton stretch and modal cotton, but there are also ones that are made of more durable fabrics like microfiber, micromodal, Tencel, and even silver nylon threads. Naked Brand Group, Inc. is an underwear company that maximizes the use of fabrics in its numerous men’s underwear collections, as the company’s goal is to create a new standard for how products worn close to the skin fit, feel, and function. It uses moisture-wicking microfiber fabric on its Active Collection, enabling the user to stay dry and comfortable even during athletic activities.

Naked Brand utilizes microfiber fabric to keep the user dry and cozy even on the go. (Photo by University of the Fraser Valley via Wikimedia Commons. CC BY 2.0)

Naked Brand also uses micromodal fabric for its Luxury Collection, allowing for a perfect tailored fit for anything. The fabric has smooth, flat lock constructed seams, as well as a hidden waistband that will make you feel as if you are not wearing anything underneath.

With all the advantages that the boxer brief has to offer, it is only a matter of time when men are going to make the switch from boxers and briefs to the now-ubiquitous boxer brief.