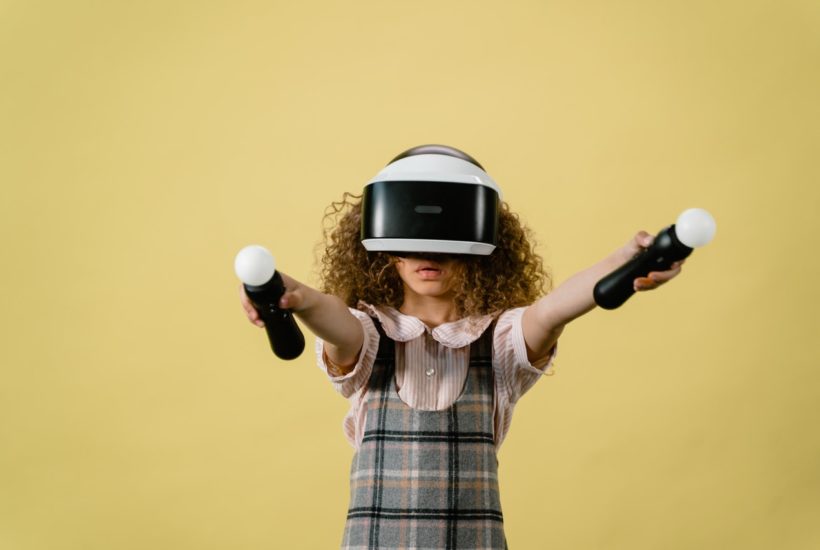 The world of education and training has always been a hotbed of research and development. Continually in pursuit of higher education standards, many practitioners in the field have been willing to try new approaches and techniques. The result is that today’s classrooms often look nothing like what they did only a few decades ago.

This willingness to adopt new approaches to imparting knowledge and skills isn’t limited to pedagogy and theory, either. It also extends to testing out the latest technology. This is now seeing educators turn to Virtual Reality (VR) and Augmented Reality (AR). And already, the consensus is that immersive technologies are some of the biggest advances in training and education that we’re ever likely to see.

There’s no one size fits all approach to using VR and AR in education. In fact, the ways it can be used are almost too many to count, and we’re only just getting started discovering what we can do with the technology.

As an example, it can be used for something like simple information overlay onto real-world objects. This would allow it to be used for providing additional information—like a virtual version of the panels we see in museums. Or it could be used for giving simple, procedural instructions.

At the other end of the spectrum, it can be used to create fully simulated environments and scenarios that may not even exist in the real world. This is an extremely powerful benefit of VR, as it allows students and trainees to find themselves in realistic situations that, using traditional techniques, could either never be simulated safely, or never simulated at all.

But there are other applications between these two extreme ends of the AR and VR spectrum. Here are a few examples.

The National Geographic magazine is well known for the quality of the content it produces. And this extends to its VR applications that offer immersive 360-degree videos where students immerse themselves to discover history and geography, or even meet different animals right up close.

Then, of course, there’s Google, which has integrated augmented reality right into its standard search application. Here, students researching different animals, from dogs to lions, can experience a 3D augmented reality version of that animal right in front of them using nothing but a mobile browser and the phone’s camera.

Needless to say, these approaches create far more memorable experiences for young learners especially—something that is important in encouraging engagement with the learning material.

Gamification of the Learning Process

Another popular example of immersive technology being used in education comes from XRApplied, which makes a fun and engaging Balloon Pop Fun Learning app. In it, children get to amuse themselves by taking aim at virtual balloons using an augmented reality bow and arrow.

The idea is that, by gamifying educational material, children will not only learn essential areas of knowledge from a young age, but also be self-motivated to do so. Balloon Pop Fun Learning achieves this by coupling balloons representing different words, letters, animals, and colors (amongst other things) with a scoring system. Like this, children get immediate feedback, letting them know if they popped the right balloon. And they also get further encouragement to continue as they try to beat their previous scores.

It’s not only young learners who can benefit from virtual and augmented reality technology. Another field where the two technologies are making themselves felt is in the world of professional training.

Here some of the most attention-grabbing applications usually involve scenarios where trainees would otherwise face danger, like emergency services training. This could include active shooter scenarios for police officers or simulations of burning buildings for firefighters.

However, there’s more to it than just re-creating the dangerous or impossible. Indeed, even relatively mundane scenarios benefit enormously from immersive training techniques.

For example, learners equipped with headsets and smartphones can be immersed in training to become a cashier, or to work in warehouse unloading trucks. While neither role immediately appears like it would benefit from VR and AR, the scalability and repeatability allow two big benefits. The first is that learners can self-pace, thus receiving training at a comfortable pace for them (not too fast, not too slow). They can repeat modules as many times as needed without demanding additional time from a human trainer. And, for companies, learners being about to self-direct means an investment in VR or AR pays for itself many times over in reduced training costs.

What Other Advantages Do AR and VR Have in Education and Training?

Training and education can often mean attendance is required at a specific location. This can put people in hard-to-reach places at a disadvantage. However, using connected AR and VR, trainees and students can come together to work together, remotely, and access training that previously depended on a physical location and equipment. A virtual classroom can also accommodate an unlimited number of students, which also helps lower the costs of education overall.

We’re all different, and what works best for one person doesn’t work best for everyone. For example, some people are highly visual learners, while others prefer to just read their information straight out of a plain old textbook.

Thus, with part of the promise of VR and AR being easier access to materials and learning spaces, learners can find the classes that best suit them and not just have to settle on whatever happened to be conveniently located near where they were living. This will help encourage educators to craft coursework and learning material that caters to students of all types, and not just what seems to work best for a random cross sampling of the population as typically occurs in the traditional classroom.

What Are the Constraints Deploying VR and AR in Eduation?

Using virtual reality on a large scale can be costly. The most powerful headsets are quite expensive (even the budget-orientated Oculus still costs several hundred dollars) and some require connection to powerful computers which are also expensive.

There are affordable alternatives, however. A copy of the Google Cardboard concept, for example, can be had for only a few dollars, thus turning a regular mobile phone into a full VR device.

The other side that can become costly is software. This is negligible with apps like XRApplied’s AR Balloon Pop Fun Learning, which only cost a few dollars. However, if custom applications are needed, prices can very quickly go up.

However, as Google did for hardware with the cardboard when it offered a more affordable solution, XRApplied is also doing for software. In addition to its own in-house apps, the company also offers up its proprietary in-house tools and processes to enable custom application development that’s fast and low-cost.

Just as when computers first came to education and not all educators were “computer literate,” there will be a period where not everyone is VR/AR literate. This will present some small barrier to entry. However, as much of the technology here can be operated with only a small amount of additional training above basic computer skills, it won’t be as much of a hurdle as it was for computers.

While discomfort and motion sickness can be a problem, it is, fortunately, a relatively limited one. For starters, it really only occurs in virtual reality, which currently uses bulky headsets that replace the user’s entire field of vision. The effect of this is two-fold.

First, the bulk of the headset can be too much for young learners for anything more than short sessions. Secondly, by replacing the user’s vision with a virtual world that can become slightly delayed when compared with a user’s movements, balance can be thrown off, thus inducing some amount of motion sickness.

Both of these problems are expected to be eliminated in the coming years with improving hardware and processing, however. There are also many applications that now actively include settings to reduce the effects of motion sickness. An example of this is to reduce the amount of a user’s field of vision that is occupied, therefore creating less of a disconnect between what the eyes see and what the rest of their senses feel.

Prepare for More VR and AR in Education

Even if virtual and augmented reality are not quite fully integrated into training and education, they are already well on their way. Indeed, it is now difficult to envisage a future without these tools as an integral part of the learning and training process. The advantages they offer are just too good to ignore and, as the hardware and software become better and cheaper, adoption will only continue to accelerate.