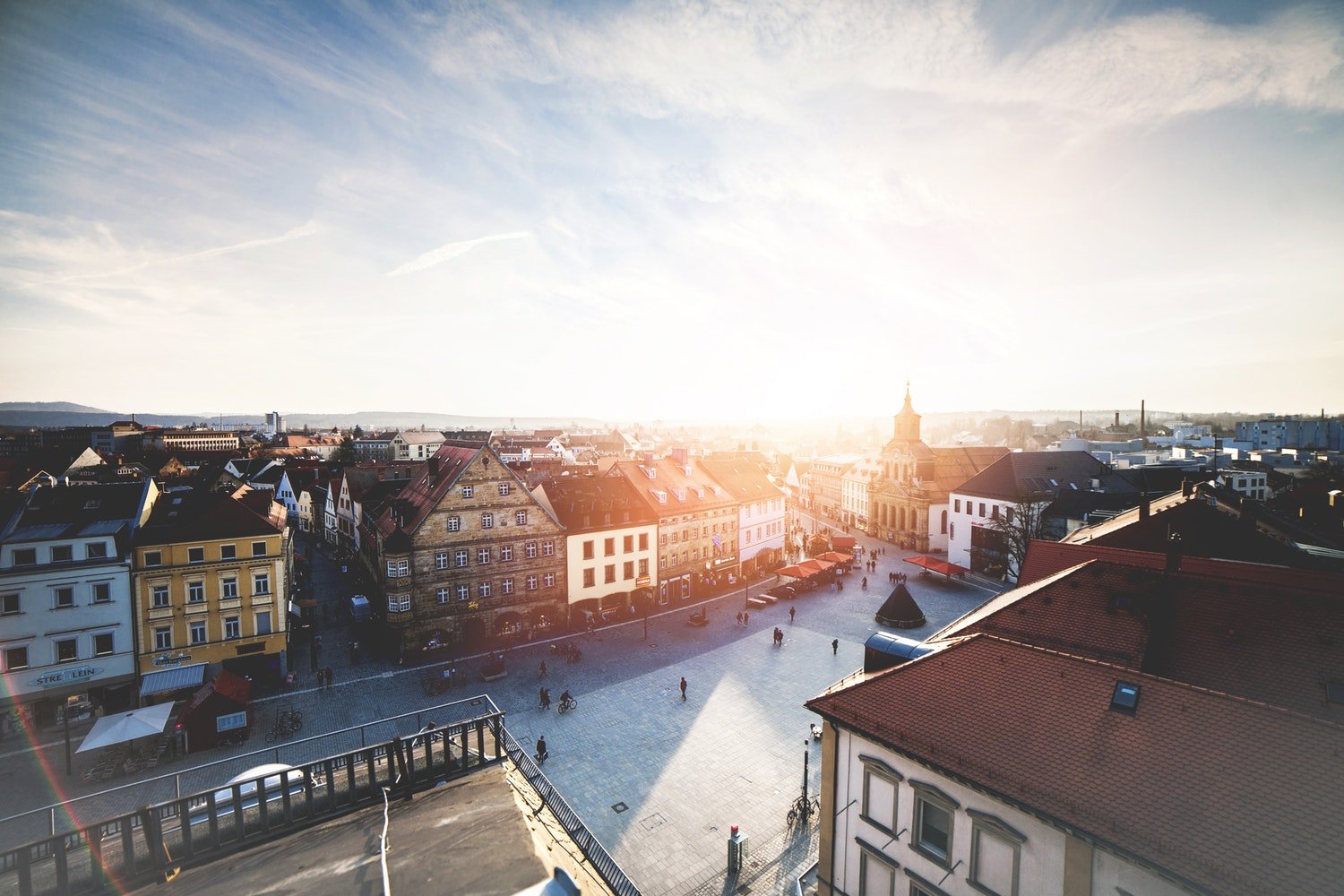 Tranio has been working with overseas real estate for more than eight years. Over the past three years, the company has been focussed on development projects, primarily in Germany. Good investment projects are not easy to find in the central European country: there are not enough projects to meet investment demand, and local professional developers can afford to be picky with whom they choose to work.

Most projects are apartment constructions, requiring €3 million to €50 million on average and last 18 to 36 months. Usually, developers do not invest their own funds in a project but obtain financing from two sources: bank loans (65–80 percent) and investor capital (20–35 percent).

Investments in Germany are secure

Many experts predict that a price adjustment can be expected in markets around the world, as the decade-long growth cycle reaches its peak. Therefore, it makes sense to invest in the countries that are most protected from unfavorable market situations, and Germany is one of them. I see three advantages that Germany has:

These factors presume that if the prices fall or there are other misfortunes, Germany will be one of the countries least affected by the events and that it will recover quicker.

Unlike the rental business, where the yield rate usually does not exceed 5 percent per annum, development projects usually bring clients 10–15 percent per annum. But greater yields bring higher risks. Tranio cares about minimizing these risks. To be unprofitable, prices in Germany’s market must plummet 20 percent. This scenario is equivalent to a collapse in the global economy and appears unlikely.

The main disadvantage of real estate in comparison to other investment vehicles (e.g., securities) is the low liquidity. However, this disadvantage is partly offset by development projects being quite urgent: their terms usually range from one to three years. If you believe the German property market will remain stable on such a horizon and have spare capital to invest for such a term, investment into a development project is beneficial for you.

There are several types of development. Based on my experience, the safest option is the renovation of a property that already exists. The developer finds a vacant property unencumbered by long-term rental agreements and renovates it, dividing into individual apartments if required. Then the building is occupied by tenants and sold as a whole, apartment by apartment or in packages.

Another option is a new development, which, in its turn, has two scenarios: there are land plots with and without construction permits. The first scenario, with a construction permit, is simpler than the second scenario, but land plots for such development are more expensive, and the project yields are lower. The second scenario, without a construction permit, is a higher-risk and a drawn-out prospect, but it is also more profitable. There are larger projects for land plot development via changing the urban development plan, obtaining permission for a substantial increase in the construction volume and a partial modification of the allowed construction type. Such projects are a synergy of real estate, fine knowledge of building and legal regulations and artful negotiations with the city authorities. Officials and the city must be interested in the changes proposed. Usually, the latter type of project is the riskiest but also the most profitable.

The favorable situation in Germany’s property market is attributed to the low borrowing costs. Deposit interest rates remain negative, while the average mortgage rate, according to Deutsche Bundesbank, fell from 4.42 percent in 2009 to 1.65 percent in 2018, and banks are eagerly financing property construction and purchase.

In their turn, the low rates come as a result of the European Central Bank’s quantitative easing programme: under this programme, the ECB has been buying European national public bonds from different banks to inject money into the countries’ respective economies. However, on 14 June 2018, the bank announced its intention to terminate the programme by the end of the year, and now the market members expect the loans to become more expensive.

Therefore, investors should approach projects where the ratio of bank financing is high with cautiousness. The greater the leverage, the higher the potential yield, but the sensitivity to adjustment also grows, and negative dynamics can lead to a capital loss. An optimal ratio is 65 percent of loan capital and 35 percent of personal funds. However, if you want to obtain maximum return on capital and the bank is ready to provide a high leverage (e.g., up to 80 percent of the project value), you should not dismiss the opportunity to get a cheap loan, but it is also important to have a plan of what to do if the prices fall. I recommend using a loan with a high ratio of bank financing if you have spare capital that would allow you to complete the project relying on own funds if the market situation is unfavorable, rent the property by yourself for 1–3 years and then sell it on.

The shorter the project term, the lower the risks associated with the growth of rates. I think that the growth will not be too fast: the ECB will, probably, raise the rate to a level of 3 percent, which is similar to that in the US, in 2 or 3 years’ time. Therefore, it can be assumed that 1-2-year projects are more predictable than the 3-5-year ones. I recommend entering longer-term projects if you expect to obtain 15 percent per annum or more.

Metropolitan suburbs and B-locations are the most promising.

As for the choice of location, I recommend investing in low-risk projects in locations with a growing population, strong economy and high buying capacity.

Traditionally, in Germany, such locations are the ‘Big Seven’ cities: Berlin, Cologne, Düsseldorf, Frankfurt, Hamburg, Munich and Stuttgart. However, their markets are overheated, and the prices are too high. For instance, in Munich, good building land costs from €3,000 per square meter, while in other Bavarian cities it is about €1,000/m².

Investing in development is more profitable in the suburbs of large cities. For instance, the suburbs of Munich, Berlin, Hamburg and Stuttgart are developing quickly thanks to the young families who relocate there from metropolitan cities where residential property prices have become too high. B-locations with a population starting from 60,000 are also promising. For example, in Bavaria, such locations include Augsburg, Ingolstadt, Regensburg, Fürth and their suburbs.

In Eastern Germany, investment terms are less convenient. The economy is weaker in the east; the population is smaller and poorer, and, subsequently, price growth potential is lower, and the demand for residential property is not as high as in the western federal states.

Equity partnership is considered a highly profitable investment format. When participating, the investor expects to obtain a profit share up to 10–15  percent per annum after tax and expenses. However, the investor accepts the project’s risks and is the first to lose the money if the development does not pay off.

If you are not ready to take risks, I recommend considering mezzanine financing which the investor provides the developer with at a fixed interest rate (5–10  percent per annum). The difference from equity partnership is that following the results of the project, the investor receives interest on the loan in the first place, and the profits are divided afterward. If the project is less profitable than expected, the developer earns less, but the investor gets the interest specified.

There is also a combined partnership option when the investor receives a small interest on the loan (5–8 percent per annum) and a profit share (10–50 percent).

Tax structuring is the most important part of the project’s economy. It is important to check whether a double tax treaty is applied to your country of residence and to make sure there are no special rules regarding work for you.

In the case of equity partnership, the German corporate tax is levied on profits, after which the investor pays the dividend tax. The tax amount and taxpaying jurisdiction depend on the investor’s residency. For instance, if the share in the development project is owned by a company registered in Europe, the need to pay the dividend tax can be avoided, but if the equity partner is a Russian individual, its rate will be 15 percent.

Major investors (from €1mn) have more opportunities than minor ones: firstly, these are higher yields due to better terms of bank financing and more effective instruments for the optimization of the project base cost and tax structuring. Furthermore, developers prefer working with major investors, ready to finance the whole project.

Therefore, some clients come together for club deals when several investors put funds into the same project. This option is suitable for those who do not have enough funds to cover the entire project or those who want to try investing a small amount of capital before deciding on major investments. The minimum contribution to a club deal is usually €100,000.

Tranio is currently preparing a project for minor investors under which they will able to join forces in a large social network, make collective investments and get all the privileges of a major investor. 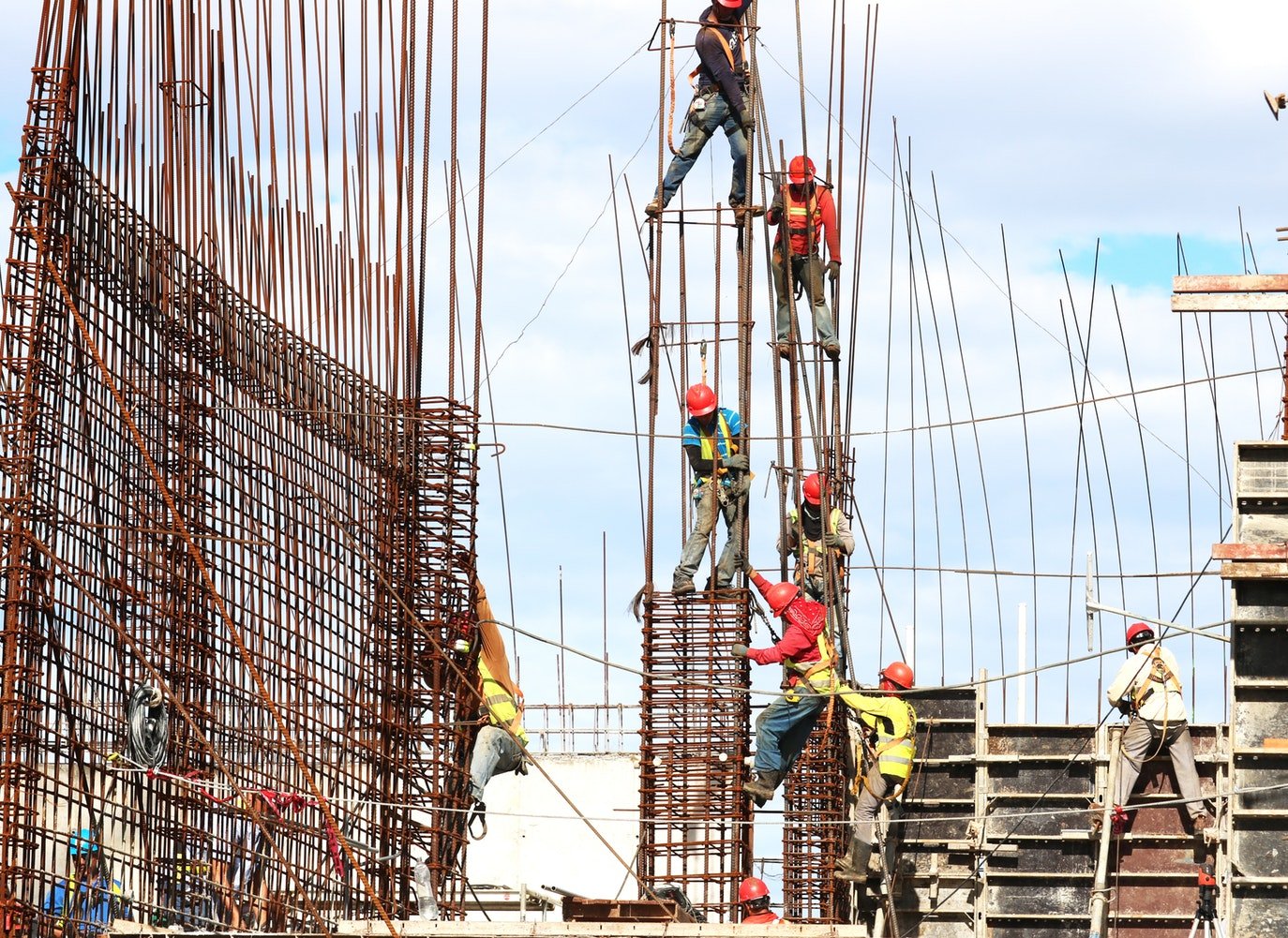 The cooperation of competent and experienced developers and project teams gives investors the opportunity to put funds into Value-Added projects easily. (Source)

The developer’s role in a Value Added project

Typically, investors remain uninvolved in the project’s operative management, delegating this function to the developer. Before investing, they discuss project strategy, financial model and other terms with the developer and then switch to the ‘silent partnership’ mode, receiving regular development reports. If the key parameters, such as the expenditures estimates or the sales price, have to be reviewed, it is usually approved by the investors’ majority vote.

The local developer manages the project together with Tranio’s team. It takes charge of tax, legal and investment administration, as well as the assessment of risks, while the developers attract financing and manage the construction. Qualification, experience and professional connections prove the project team’s high expectations: these qualities permit the efficient management of the project at all stages:

Therefore, the cooperation of competent and experienced developers and project teams gives investors the opportunity to put funds into Value-Added projects easily. Additionally, it minimizes the investor’s risks while the yields remain higher compared with most alternative investment vehicles (e.g., stocks and bonds).