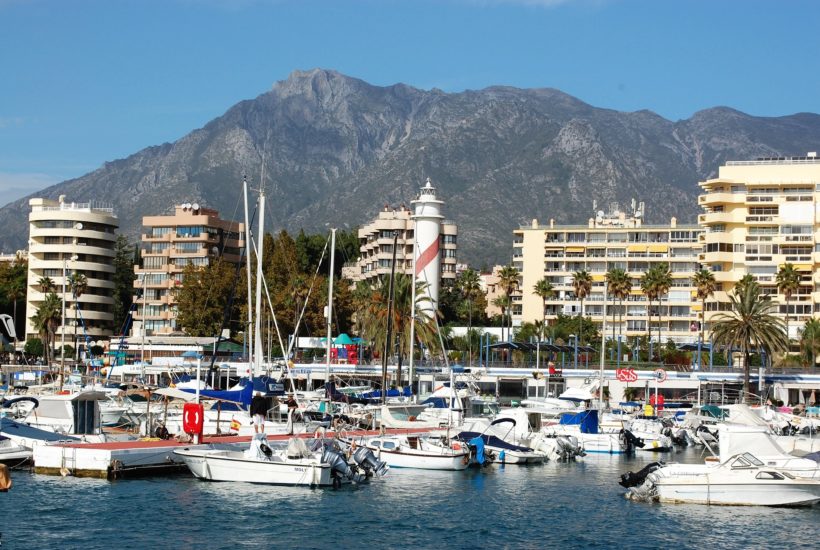 Andalusian tourism is facing the worst period in its recent history. With the hotel plant completely closed on the eve of the start of the high season, hoteliers are beginning to evaluate the losses caused by the pandemic in their establishments. An unprecedented health and economic crisis threatens to seriously damage a key sector of the Andalusian economy.

The estimates of the Andalusian Federation of Hotels and Tourist Accommodation (FAHAT) are showing a gray reality for the sector. Its president, Luis Callejón, has indicated that more than 25% of Andalusian hotels will not be able to overcome the economic losses that are causing the State of Alarm and, therefore, will not be able to reopen their doors once the confinement is over.

According to these forecasts, some 610 hotels out of the 2,450 that currently exist in Andalusia will not be able to withstand the onslaught of this crisis and will close down definitively. “We are having a very hard time, we are going to lose a lot of hotels if there is not a radical change in the measures taken to save the companies,” lamented the representative of the employers.

Discover more about the problems facing the tourism sector in Andalusia and read the latest business headlines with our companion app, Born2invest.

The holiday tourism segment will be the most affected by this situation and, therefore, the provinces of Malaga and Cadiz will be hard hit. That is because the largest supply of Andalusia holiday hotels is concentrated on the Costa del Sol and the coast of Cadiz.

Last year, tourism contributed $23.8 billion (€22 billion) to Andalusia’s Gross Domestic Product (GDP), which represents 14%. Before the outbreak of the Coronavirus pandemic, the forecasts of both the Ministry of Tourism and entrepreneurs aimed to exceed these figures this 2020. However, now hoteliers are content to save their establishments and accept that the year is almost lost.

“This year we can consider it closed, we will have practically no clients this season, since, we depend a lot on the international tourism and there is no vision that the communications with other countries emitters of travelers will be opened soon,” has advanced the representative of the industrialists, assuring that the millionaire losses caused by the pandemic will be equivalent to the total invoicing of 10 months.

Faced with this serious crisis that affects the entire world, with airports without a certain date of total opening and many airlines in bankruptcy, hoteliers rely on national tourism as the only possible salvation when life in Andalusia and the rest of Spain returns to normal.

This is a segment that will not be assured either, both because of the economic situation that many Spanish households are suffering from, and because of the increased competition that the absence of foreign tourists will provoke in the main destinations of the peninsula and the islands.

Last year, Andalusia broke its historical record and reached 32.5 million passengers for the first time, figures that according to the businessmen will be difficult to recover. “It will take at least three to five years to recover last year’s figures,” said the president of FAHAT.

This complex situation of economic paralysis also leaves in the air large hotel projects that were to open their doors this year in Andalusia. One of them is Ikos Andalusia, a large all-inclusive luxury complex, the first of its kind in Spain, which was expected to accommodate its first clients this coming May.

The Greek chain invested more than $162.5 million (€150 million) in building this macro resort on the beach in Estepona (Malaga) with the aim of a brand new opening before the summer of 2020. The group has assured that the works continue, but has not specified the scheduled opening date.

A complicated situation with a bad prognosis that Andalusian tourism is going through, the solution according to hoteliers, is to ensure Andalusia as a safe destination, for which it will be necessary that health, business and administration join forces.

Given this scenario, the Andalusian government is pressing the central government not to delay the opening of strategic sectors such as tourism, hotels and leisure – which the minister Yolanda Diaz said will remain closed until the end of the year.

The dependence on the service sector, coupled with the weak productive fabric and the fragile Andalusian labor market may cause the paradox that the region with the lowest rate of the Covid-19 is the one that will suffer an economic crisis greater than the national average. The Andalusian president, Juanma Moreno, offered on Friday, April 24th, in the regional parliament an “Alliance for Andalusia” to agree on a plan that plans to move $4.3 billion (€4 billion).

(Featured image by gavilla via Pixabay)