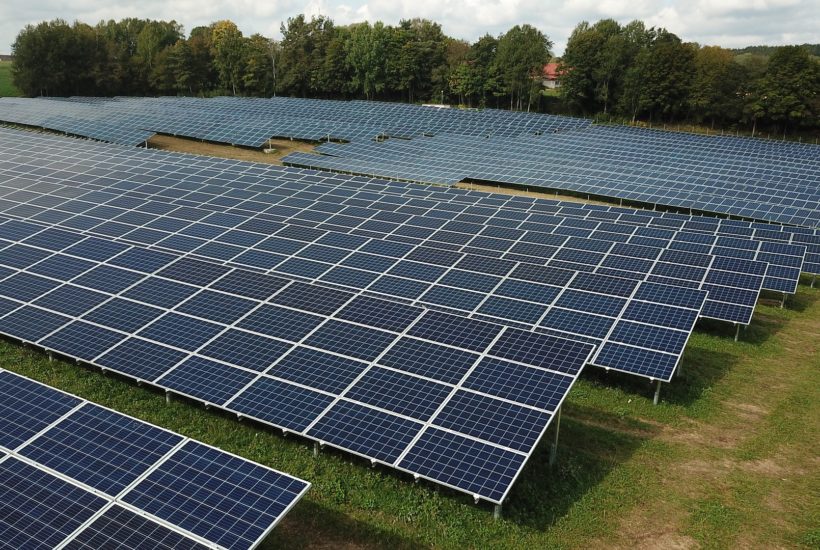 Faced with an unfinished project due to insufficient financing, the Lot-et-Garonne photovoltaic energy producer Reden Solar opted for participatory financing, crowdfunding, to carry out the Gabardan solar power plant project in the commune of Losse, in the region of Landes.

Find out more details about the crowdfunding project of the Reden Solar company and other successful campaigns with the Born2Invest mobile app. Read the latest economic news worldwide and stay on top of the market.

With the $621,000 (€575,000) raised in just ten days on the Lendosphere platform, Reden Solar exceeded its initial goal by $27,000 (€25,000) and reached a record amount. Inhabitants of the Landes, Gers, Gironde, Lot-et-Garonne and Pyrénées-Atlantiques regions benefited from a territorial exclusivity to invest part of their savings in the project.

Indeed, Reden Solar chose to reserve this participatory financing campaign for the inhabitants of the Landes and neighboring departments. “This territorial exclusivity favors the use of short circuit savings and allows direct economic benefits for the project’s residents,” said the company itself based in Agen, in the Lot-et-Garonne region.

The power plant could annually produce electricity for 8,000 French people

Although the operating site is small (131,000 m2), the solar power plant in Losse has nothing to envy to the other projects of Reden Solar. It contributes to the ecological transition of the New Aquitaine region, which represents 27% of the solar power in France. Each year, 258 tons of CO2 equivalent will be avoided thanks to the solar energy of the Losse power plant.

With an announced annual production of 6.9 GWh, the Losse solar power plant is capable of producing the equivalent of the annual electricity consumption of 8,000 French people. Its 11,460 SunPower-branded photovoltaic modules have a total output of 5 MWp and are equipped with sensors that follow the sun’s path to optimize solar energy production. Work began in 2020 and is scheduled to be completed by the end of the year.

Participatory financing has been democratized in France a few years ago, including in the sustainable development and renewable energy sectors. The Lendosphere platform thus lists 189 renewable energy projects financed since its launch in 2014.

In this sense, the Losse solar power plant joins the twelve other crowdfunding projects led by Reden Solar in France. All of them are winners of the national call for tenders for the photovoltaic sector, launched by the French Energy Regulation Commission, allowing them to benefit from a bonus of $3.2/MWh (€3/MWh) produced to secure their electricity sales tariffs. These twelve plants represent 65,000 solar modules in nine departments (Ardèche, Bouches-du-Rhône, Charente, Dordogne, Gard, Landes, Lot-et-Garonne, Tarn and Vaucluse).

First published in LA TRIBUNE, a third-party contributor translated and adapted the article from the original. In case of discrepancy, the original will prevail.