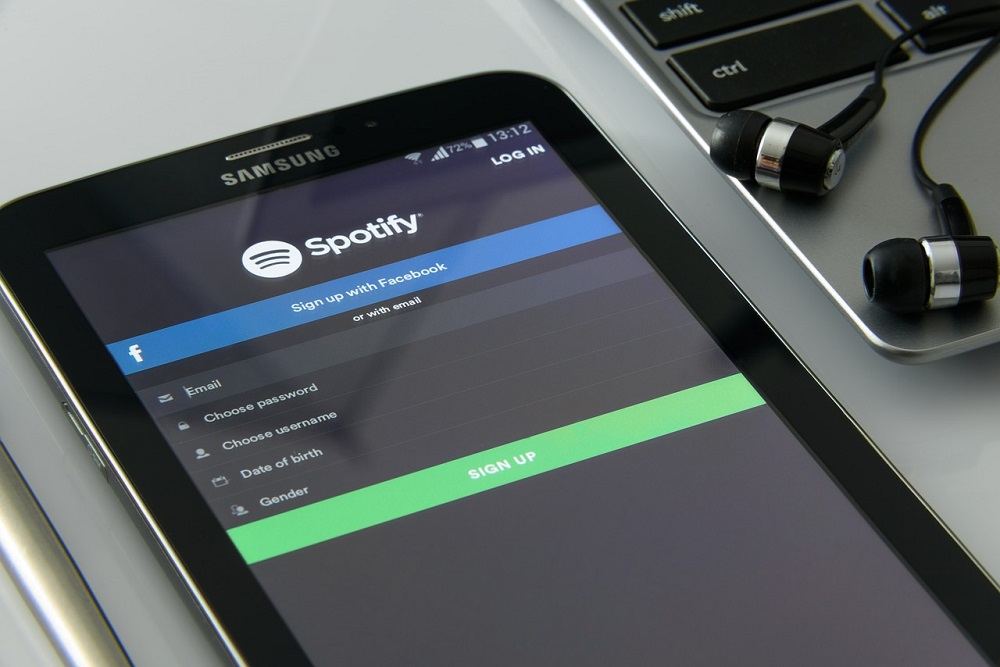 This week, Spotify announced a partnership with ticketing sites AXS and Eventbrite that will fully integrate the ticketing platforms into the music streaming service. These partnerships will be in addition to Spotify’s previous ticketing partnerships with Songkick and Ticketmaster and will allow users of the service to have access to direct ticket feeds from all four sites. After the integration is completed, the streaming service will have tickets available for events at hundreds of venues around the world, including The O2 in London, Red Rocks Amphitheatre, and The Great American Music Hall, among many others.

During his acceptance speech for the Lifetime Achievement Award at the National Music Publishers’ Association’s annual meeting in New York, Sony/ATV executive Martin Bandier used his time to call for streaming services to properly credit songwriters by prominently displaying their names on their work. Bandier stated that the music business is “more complex” than ever before and that he believes music streaming results in songwriters not receiving their fair share of money or publicity. According to Bandier, “Far too often the songwriter’s contribution is overlooked or forgotten” and changes need to be made industry-wide. He acknowledged that giving the songwriters proper acknowledgment on streaming platforms is a very small step towards getting them the recognition they deserve, but believes it is a critical step for the industry to take as they endure this period of rapid change in the industry.

The International Olympic Committee Executive Board has endorsed a plan that would give both Paris and Los Angeles the opportunity to host the Olympic Games within the next decade. The deal would allow one city to host the 2024 Summer Games, while the other would be awarded the 2028 Summer Games. IOC President Thomas Bach has said that he wants the two cities to agree on who goes first before a final vote is taken in September. While nothing is finalized, LA 2024 Chairman Casey Wasserman has issued a statement indicating the city’s willingness to host the 2028 Games and it appears that Paris could soon be announced as the host of the 2024 Olympic Games.

This week, McDonald’s announced that the company would be ending its partnerships with both the International Olympic Committee and the United States Olympic Committee three years before the end of their current deal, which was set to expire in 2020. According to a company spokesperson, the decision to cut ties was made in cooperation with the IOC so that the brand could “focus on different priorities.” McDonald’s had been a sponsor of the USOC since 1976 and had been one of the IOC’s top sponsors since the Olympic Games in 1996. According to an IOC spokesperson, the organization has no immediate plans to replace McDonald’s in the retail food sponsorship category and will review each opportunity as it is presented to them. 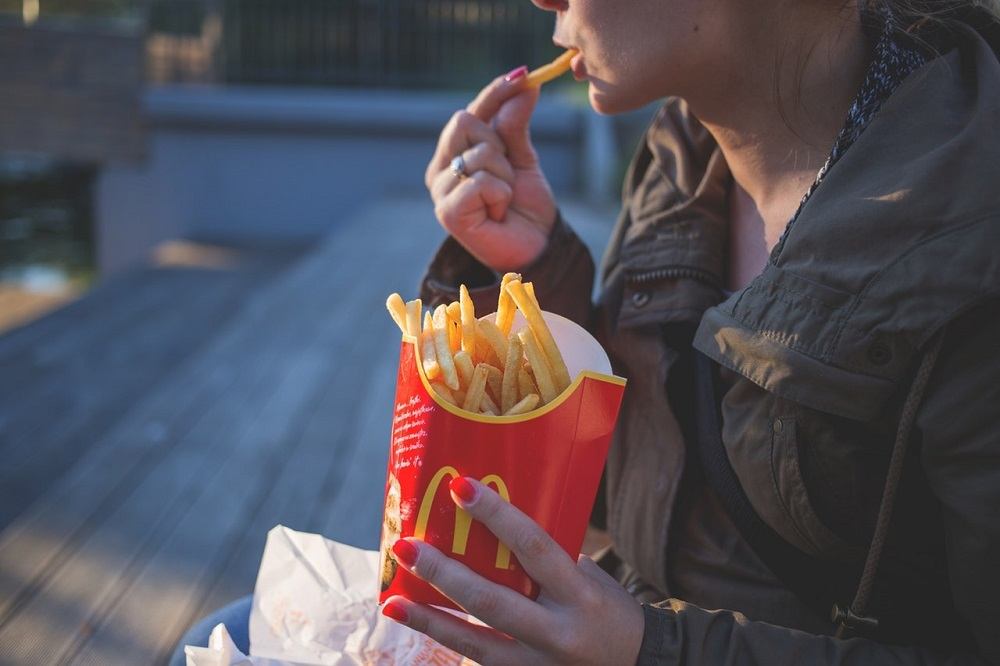 McDonald’s had been a sponsor of the USOC since 1976. Source

As part of the MLB’s Players Weekend promotion, the league will be relaxing their uniform rules. The event was negotiated between the league and the MLB Players Association and will allow players to personalize their uniforms by putting their nickname on the back of their jersey along with inspirational patches on the sleeves. The patches are to be used as a tribute to any individual or organization that has been instrumental in that player’s development. Each athlete will also be allowed to wear cleats of any color during their games that weekend. After the weekend is over, the game-used gear will be sold by the league with the proceeds being donated to the Youth Development Foundation. This event was pushed for heavily by the players as many have wanted an opportunity to express themselves and their personal flavors while on the field. Players Weekend is scheduled for August 25-27.

SEE ALSO  The 4 principles of investing according to Charlie Munger

A fight that many assumed would never be more than an impossible fantasy is now a reality. On Wednesday, Floyd Mayweather officially announced to the world through social media that he will be fighting UFC superstar Conor McGregor in a boxing match scheduled for August 26. Mayweather, who is coming off a 23-month retirement to face McGregor, will look to improve his professional record to a perfect 50-0. Mayweather had made it clear in the past that he would only come out of retirement to fight McGregor, yet still many believed that the two sides would never reach an agreement. Dana White, UFC President, said that the fight would take place at the junior middleweight limit of 154 pounds and that each boxer would use 10-ounce gloves. The fight will take place at T-Mobile Arena in Las Vegas and will be broadcast on Showtime Pay-Per-View.

Since being acquired by the Raiders and formally announcing his return to the NFL, Marshawn Lynch has had the top selling jersey across the league, according to NFL Shop. He overtook Tom Brady as the league’s best seller, also surpassing the Dallas Cowboys’ young superstars Ezekiel Elliott and Dak Prescott. One possible reason for the high number of sales could be that Lynch is now suiting up for his hometown team in the Oakland Raiders, though Beast Mode has always been one of the league’s most marketable players. He was not the only Raider to make the league’s list of best-sellers, as teammates Derek Carr and Khalil Mack finished the month at No. 6 and No. 15, respectively.

According to several sources, staff at the Federal Trade Commission have raised competition concerns with the proposed merger of fantasy sports companies DraftKings and FanDuel. If these concerns are found to be valid, the government agency could block the deal, which the companies originally announced back in November. The combination, if completed, would grant FanDuel and DraftKings potentially more than 80 percent of the daily fantasy market. The issue will likely fall to the sitting commissioners at the FTC so that they may vote on the issue, something that could happen as soon as this week. Representatives from both FanDuel and DraftKings declined to comment on the situation.

On Thursday, the city council of Inglewood, California unanimously approved an exclusive negotiating agreement with a Los Angeles Clippers company to use city-owned land for the construction of new arena. The agreement allows the Clippers and the city of Inglewood to pursue the development of a 20,000-seat facility, which would be located on the 20 acres of land directly across from the future home of the Los Angeles Rams and Chargers. Clippers owner Steve Ballmer has been public about his intentions to build an arena since he first acquired the team in 2014, and this is the first major step towards making his plan come to fruition. The Clippers have played at the Staples Center since the arena opened in 1999, sharing the facility with both the Lakers and the Kings during that time. The team’s current lease has them playing in downtown Los Angeles until 2024, but it’s possible we may see them move at an earlier date if they are able to receive all the necessary approvals.

Despite the Warriors taking an early 3-0 lead and finishing the series in five games, this year’s NBA Finals between the Cleveland Cavaliers and the Golden State Warriors was the most-viewed NBA Finals since Michael Jordan won his final title with the Chicago Bulls in 1998. The 2017 NBA Finals averaged 20.4 million viewers per game on ABC, with game 5 drawing a 16.0 rating and an average of 24.5 million viewers, up 20% from last year’s game 5. Game 5 also set records as ABC’s biggest non-game 7 for the NBA Finals and as the second-most streamed NBA game of all-time, trailing only game 7 of last year’s Finals.