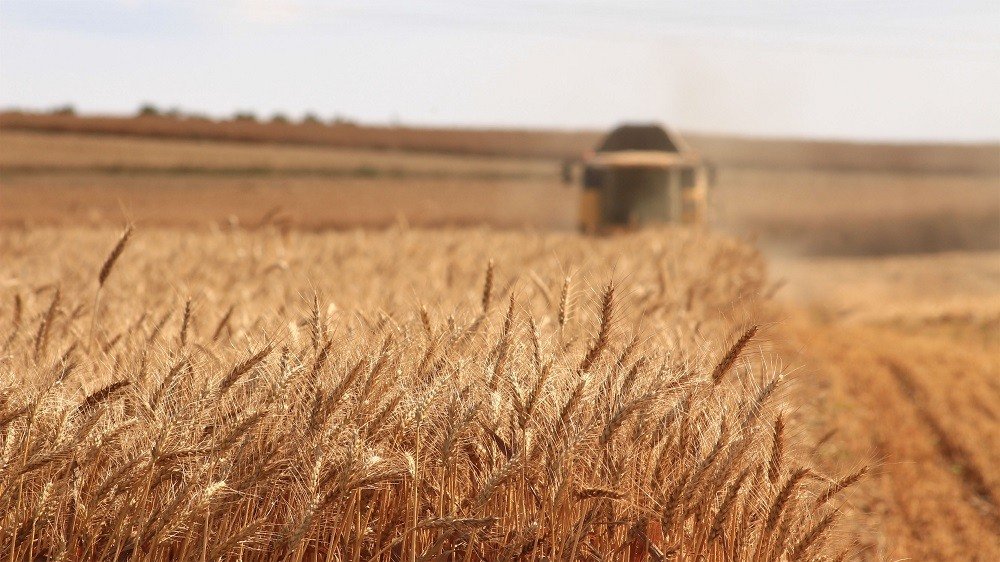 Is there new hope for the corn market? For now, we can allow ourselves to be positive and optimistic. But what is the reason for the new hope?

Star Wars released their most recent movie, Princess Leia passed away, but how about corn?! Is there new hope or will the empire strike back? For the time being there is a reason to be optimistic in the corn market as March corn has rallied from an August 31st contract low of 325’0 to January 24th’s high of 371’0 before backing off once again. While 371’0 futures still falls short of what producers need; next year is appearing more hopeful as December futures rallied to January 24th high of 396’6 to nearly test the critical 4 dollar mark.

South America’s summer has offered up an advantage to US producers as weather issues remain on the minds of many nervous marketers. Flooding in Argentina’s key soybean producing state of Cordoba has resulted in fears of production losses as much as 4-7 million metric tons with the USDA currently estimated at 57.0 MMT. Brazil too has its own weather worries being discussed, however, the recent activity of soybeans has demonstrated that weather is turning much less concerning with a not so threatening forecast.

Even as the weather has turned less concerning, the period of concern has gained the attention of managed money. On January 12th, WASDE/Crop Production, Quarterly Stocks and winter wheat planting report day, managed money was estimated net long 92,000 soybeans and net short 100,000 corn. As of this morning, they are estimated net long 156,000 soybeans and net long 8,000 corn which came as a surprise to many. Optimism appears alive within managed money, however, blind optimism should be kept in check. As managed money bought over 100,000 contract of corn, March corn has rallied only 13 cents from Jan 11th close to Jan 24th high and now up only about 5 cents at the time of this writing. Not nearly as impressive knowing the turnaround within managed money.

SEE ALSO  Paul McCartney returns to No. 1 with new album ‘Egypt Station,’ his first in over 36 years

Managed money could simply be positioning themselves for the upcoming growing season in the US with the plan to take advantage of a weather scare that often occurs. As we saw this spring, managed money was quick to build a long position but equally or even more quick to switch back to a bearish stance as fears get tampered down. With US stocks to use ratio sitting at 16.1% and globally at 21.5%; minor reductions from Brazil and Argentina’s combined USDA production estimate of 123 MMT could stand to be trimmed without must disruption to global supply. However, the greater piece to this puzzle may come from the northern hemisphere.

While most of this discussion has been based on the production side, equally important is the demand half of the balance sheet. Today’s weekly ethanol report showed US ethanol production at a new record of 7.427 million barrels and weekly corn consumption of 111.405 million bushels is well above the weekly requirement of 98.116 million bushels to reach the USDA’s forecast of 5.3 billion bushels. Greater ethanol production also results in greater DDG production as well; a market that has been struggling since China has dramatically increased import tariffs to above 50% which could act as an anchor, however, there is optimism in feed demand as well. Yesterday’s Cattle report surprised some as the US herd size has continued to grow in the face of their own depressed markets.

The best cure for low prices are low prices and producers have faced their fair share of low prices. Corn set its contract low before harvest and even in the face of record production, the market has been unwilling to return to those lows. The tide may be finally turning as commodities as a whole recover from dramatic sell-offs. There is cause for new hope in this market but also reason to be cautious as well. Blind optimism can be dangerous as many missed selling 4 dollar corn not only on the way up but also on the way down. Emotions will run high so decisions must be based on what we know rather than what we feel.