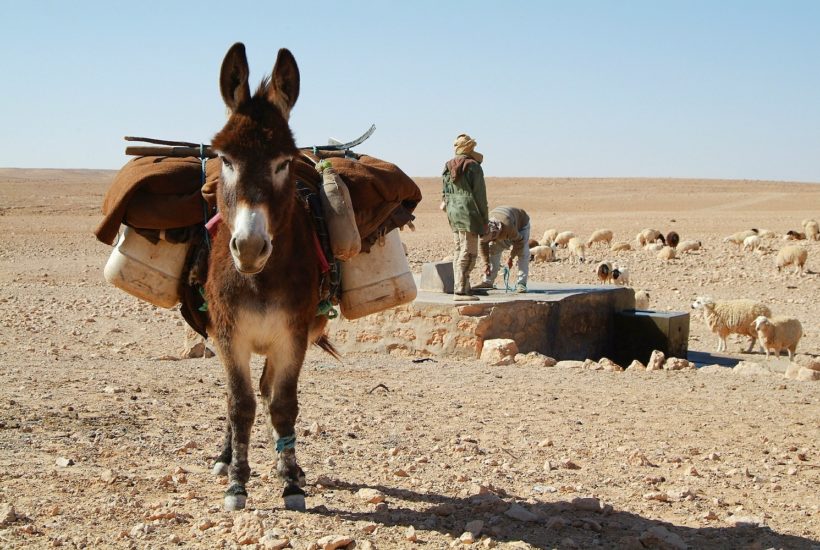 The startup MooMe offers an integrated management solution to better manage farms in Tunisia and reduce costs related to waste and lack of follow-up. A way to respond to the challenges that one of the founders, Yasser Bououd has observed in the field. “In Tunisia, we do agriculture in an ancestral way, with a know-how that is passed on to each other, while in the last thirty years, all the data has changed,” he said. The country is ranked among the most affected in the world by the risk of water shortages.

“Our system also makes it possible to reduce the use of pesticides with precise dosage. The idea is also to offer product traceability for the consumer with data collection,” added the entrepreneur. To convert farms to these algorithms, even the most reluctant farmers have to change. The profitability of the system has convinced some 60 customers.

Find out how technology could help boost the agricultural sector in Tunisia and read the latest economic news with the Born2Invest mobile app.

In Tunisia, where agriculture represents between 9% and 11% of GDP and nearly 15% of employment, adaptation to climatic hazards, and modernization of the sector have become a necessity. All the more so as forecasts predict longer droughts, a five-fold decrease in water resources, and an increase in fires over the next decade.

The health crisis has helped to put the agricultural and food-processing sector back at the center of the Tunisian economy. Very much in demand during the period of containment to meet the needs of Tunisian households, it is now better than tourism, which is facing a new crisis with COVID-19.

Will digital help to remobilize a generation that had lost interest in agriculture because of its lack of profitability and the debt of the elderly? That is what the startup MooMe, created by three young people in 2019 and dedicated to collecting data from dairy cows, could allow. Like Yasser Bououd, Ahmed Achballah, 36, a graduate in applied sciences, was born into a family of farmers. Together with other engineers, he has tried to solve the recurring problems of cattle farming in Tunisia, such as poor fertility and difficulty in detecting early diseases.

Their tool: a connected cow collar, equipped with a small sensor that analyzes the level of rumination and movements, particularly to identify diseases such as mastitis or lameness, but also to assess fertility.

Boxes that replace the bells

The most important thing for a breeder is to know when to do artificial insemination,” said Ahmed. This data allows alerting farmers in advance. “On the farms in the northwest where he tested his product, black collars have replaced the bells on the animals’ necks. MooMe boxes installed in the barns indicate that the data is being translated into algorithms and spreadsheets in Tunis and then sent back to the platform the farmer has access to.

Although the average age of 80% of farmers in Tunisia is 50, Ahmed relies on their children, who are open to new technologies, and veterinarians to understand the interest of the collar he sells for $73 (200 dinars) with monthly subscription packages.

Tunisia officially has nearly 92,000 engineers. Among them, 10,000 are unemployed and some 2,000 leave each year to work abroad. Agritech actors argue that many graduates in electromechanics or information technology could advantageously convert to an agricultural project through digital and innovation.

The Nabda.tn platform of the two brothers Ahmed Hamouda and Mohamed Amine has thus set itself the goal of documenting in a video the efforts of these new entrepreneurs. “We started by showing the impact of startups from agritech through their co-creation approach with farmers because it directly affects young people who come from rural areas and who discredit the work of the land,” explained Ahmed Hamouda.

For an organic and sustainable agriculture

As for Syrine Baghdadi, 27 years old, an agricultural engineer, she is trying, via digital technology, to bring together the young “agripreneurs” of tomorrow. During the confinement, she set up with a team the startup BioAgrihelpers to train in organic and sustainable agriculture. “The idea is to train, but also to be able to exchange within a community still to be built,” she said.

If agritech is only in its infancy in Tunisia, the sector seems to have great potential, especially for business angels interested in the country. Thus, the Tunisian-French startup NextProtein, which produces food from fly larvae, managed in the spring to raise more than $11.8 million. Khaled Helioui, one of the investors, sees this success as a boost for the rest of the ecosystem, which, he believes, should focus on quality rather than quantity.

“It’s not by chance that one of the startups that have raised the most funds in the country has come out of agritech. The issues addressed, such as the risk of famine or lack of water, are increasingly prevalent,” he stressed.

Globally, agritech is less attractive than fintech or security. However, it has been experiencing a real boom in recent years, a dynamic that the health crisis has only reinforced. In Tunisia, a dozen agritech startups are now active in this sector. An ecosystem strengthened by the establishment of StartupAct, a legal framework initiated by entrepreneurs and adopted by the Tunisian government in 2018.

In the capital’s incubators, trainers are confident despite some persistent problems for newcomers. “Tunisia has a head start thanks to its technological skills, but obstacles remain at the level of legislation, not to mention logistical and administrative barriers to entry,” said Yehia Houry, executive director at the Flat6Labs gas pedal in Tunis. He deplores the divide established by institutions between an entrepreneur with a background in IT and a farmer in the traditional sense. The hardest part of the work remains changing mentalities.

(Featured image by jackmac34 via Pixabay)

First published in Le Monde, a third-party contributor translated and adapted the article from the original. In case of discrepancy, the original will prevail.