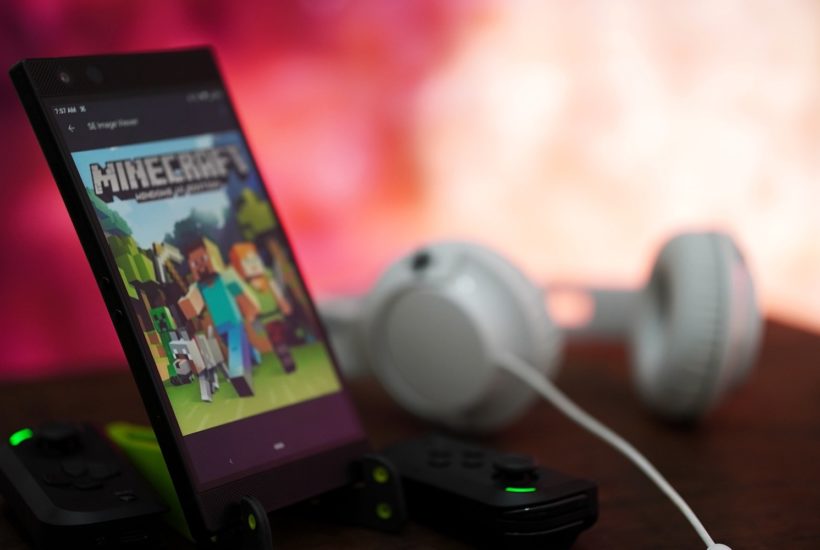 Mobile games have overtaken both console and PC games in terms of revenue. Last year they also overtook the combined revenue of both, giving them the undisputed title of money making champions. The sheer volume of money however should not blind us to the challenges inherent in the industry. Small and Medium scale developers have a hard time getting their apps on the map, much less making them profitable. We will take a look at some of the challenges, and solutions, available to such companies as Leaf Mobile Inc. (TSX.V: LEAF) who just launched a successful new cannabis game earlier this year.

The minefield of making money on mobile

If you go back only a decade or two, games were sold for a lump sum of cash. Players would fork over their money and hope the game was worth playing. Worse, game developers had to invest heavily and hope their title was a hit. This uncertainty made for a difficult market to navigate, and while a few big companies made millions (or billions) off the sector, profit margins were often thin, and as often negative as explosive.

Mobile gaming seemed to offer an entirely new opportunity. People wanted short and sweet gameplay experiences that focused on easy to play unending fun. But simple things have to cost less money…right? Users were unwilling to pay large amounts for huge titles, so companies had to move into uncharted waters. To begin with ‘pay-to-play’ titles had to slash their price tags.

While many still produced (and continue to produce) game apps with a price tag, these are rarely the biggest earners. The low price tag means volume has to be incredibly high to create sufficient returns, and it really only works for companies with brand value or name recognition sufficient to get customers to trust the game will be good. More often, customers expect a ‘free’ experience; so how have mobile game producers been able to make billions?

Mobile game companies started getting clever about embedding the revenue streams within the ‘free’ experience. For some the process was as simple as making them go ‘freemium’; free to play at the start, and then charged for continuing the experience. A free sample strategy if you want, but quite vulnerable to the chronic samplers, especially when so many companies are out there publishing games.

Two strategies were developed over time instead, both in their own way revolutionizing the world of mobile gaming, and in some cases, the entire video game industry. These are of course, ads and in-app purchases.

Many producers are now distancing themselves from this ‘freemium’ all-or-nothing model. Instead of shutting out users who aren’t willing to pay after a certain point, many new releases now remain free at all times. On the surface, this might sound like a bad idea for a company wanting to maximize its returns. How do you monetize users of an app when the opportunity to freeload is presented?

The obvious and done to death route of advertising in a free-at-all-times app has its limitations. With the exception of a small percentage of mobile users, most people have acquired natural advertising blinkers. Everyone knows where the ads are going to appear on the screen; where the close buttons are; or even how to block them. If relying on advertising networks that pay on a cost per click (CPC) basis, revenue can be severely limited if no one is clicking on the ads.

There is also the option of displaying ads which pay on a cost per mile (CPM, or the cost of displaying an ad 1000 times), but with returns for a thousand displays of an ad generally being sold for cents, this severely limits the per-user revenue potential of the app. In fact, prices for this style of monetization can drop so low that it can take over a billion ad displays just to pay an average mobile developers salary for a year.

SEE ALSO  The ups and downs of ride-sharing services

And, if using more invasive advertising methods, such as displaying videos with no option to skip or close them, the risk of alienating users is a real problem. The natural extension of this strategy is to also offer a premium version of the app for a few dollars, removing the advertising for players who are prepared to pay. Combining the best of both worlds. But some innovators have explored altogether alternate routes, and some struck gold.

The in-app purchase rose to prominence during the days of Candy Crush. Upfront, Candy Crush was free to download and free to play, and it would remain free for the more patient gamer. But there were roadblocks that slowed advancement. This meant that for gamers desiring rapid progress, they would need part with real cash to buy more in-game lives.

This forms the basis of the in-app monetization strategy. Offer a free game, then offer something of value that users seeking to satiate their impatience for progress can purchase. The strategy is especially potent when compared with upfront purchases, as users have already bought into the game. Or even compared to advertising, as it ties into the user’s engagement with the game, rather than interrupting it like an ad.

And it works, Candy Crush’s lifetime revenue is estimated at over 7.5 billion USD.

While the Candy Crush model is effective, it is not quite as innovative an idea as one might think. It harkens back to the arcade game era, where players exchange money for game time. But like all other strategies it has its weakness, push too hard, and players will simply stop paying, give them too little incentive, and they will ignore the option to pay in favor of the free experience.

Thus in order to effectively use these strategies all need to be well integrated into the game experience (it goes without saying that this must be a good one). Let’s take a dive into a popular new game, Cheech and Chong Bud Farm, by Leaf Mobile Inc. to look at how even smaller scale producers can jump start their revenue flows.

Beginning with the basics

The game itself is free, but it takes more than that to get players to hit the download. That of course is the first step without which you can forget all about monetization. In this case they used a savvy combination of building off of previous successful titles and celebrity intellectual property to pull off a strong lunch (on April fourth…get it?).

The basic gameplay in Leaf’s games advances as one would usually expect a video game to progress. There are storylines and multiple levels through which the gamer advances, providing the basic motivation to keep playing. The story line is an upgrade from entirely idle Candy Crush style casual games, as the effective link to the characters and plot provides incentive to engage…and to succeed.

The speed of progress is determined by many items a player can come to acquire throughout the game. Whether it be specific items that allow faster and more efficient harvesting of buds in their cannabis schemes, or simply acquiring more cash, there are many acquisitions a player can make to aid advancement.

This already diversifies the interest in purchasing items. Where the repetitious purchase of more lives can start to get boring over time, the diversity offered by Leaf’s buffet of collectables keeps things interesting.

A multi-pronged strategy tailored for any player

One of the more ingenious features of Leaf’s game is the timed events they run on a regular basis. The most immediate advantage of building in events is that it creates further interest around the game. They not only offer a momentary break from the usual dynamics of gameplay but they also provide further prompts motivating players to come back for more, and to do so regularly.

They also provide a taste of what the purchasable bonuses can provide the player in terms of advancement. Thus the player inevitably chooses their own path, staying in the game longer and coming back more frequently or paying to seize the momentum and rise faster. Obviously the second type brings in some cash, but what about the first?

These players, by virtue of continued and extended attention, are exposed to more ads, and opportunities to watch them. Here is where the cleverness kicks in, instead of forcing the ads down players’ throats, some of them are available as a deliberate choice. By making watching ads a conscious decision, and one which the players have an incentive to watch fully, they can guarantee much higher ad revenue. This is further bolstered by the enhanced possibility for full page interstitial ads which pay up to 40 times as much as small banner ads.

This combined strategy is like a practical application of price descrimination, using the opportunity cost of the players time/money to differentiate. It makes sure that for each player there is the ideal (and monetized) game play experience.

In addition to the clever modifications to the basic monetizing strategies, the game’s creators have built in mechanisms to keep the players engaged long term. By having the story emerge in chapters which come out every few weeks in updates, they ensure that there is reason to return for those motivated by the plot or characters. And for those pushed by the gameplay, their leaderboards incentivise engagement and competition…which could even feed back into revenue growth!

Overall, Leaf Mobile’s countercultural game provides useful insight into the complex world of mobile game monetization. We can see how to adapt common strategies to the modern and discern customer, how to maximise revenue without minimizing engagement or interest. They have managed to walk that delicate balance required to navigate the minefield, at least this time, we shall have to stay tuned for future games to see if that can continue to build rich ecosystems of motivations and revenue streams into their games.

(Featured image by amrothman via Pixabay)