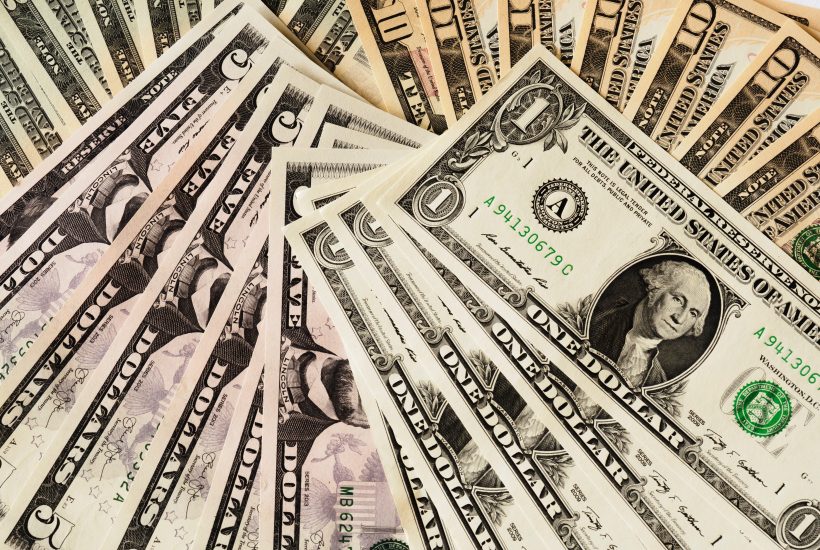 The cornerstones in my Inflation/Deflation and Economic Cycle Model are changes made to fiscal and monetary policies. Those are the two most determinant factors in any fiat-currency and debt-based monetary system.

Monetary policies have been ratcheting up tightly since March of this year when the Fed began to move away from its zero-interest rate policy, and Quantitative Tightening ramped up to $95 billion per month in September. Rate hikes will continue throughout the first quarter of next year, just as the extreme pace of balance sheet reduction continues to roll on. The rapid increase in the Fed Funds Rate has depressed the demand for new loans. It has also led to the net percentage of banks tightening lending standards to soar from -32.4% in Q3 of 2021, to a positive 39.1% in Q4 of this year. In a debt-based monetary system, money is created when new loans are produced. To this point, what is happening now is that the amount of fed credit (base money supply) is being destroyed at a record pace, just as banks are slamming the door shut on new loans due to the eroding economy. Hence, the M2 money supply has crashed from a humongous growth rate of 26.7% in February of 2021, to a year-over-year pace that is now shrinking.

The S&P/Case-Shiller U.S. National Home Price Index was 123 in the middle of 2002. Home prices then soared to 184 at the peak of the Real estate bubble by the summer of 2006, which was an increase of 49.5% over the preceding four years. This index now stands at a huge record high of 300! It was at 200 in March of 2018. That means from an already inflated level of 4 years ago, home prices have again shot up by 50%. And, most incredibly, home values are 63% higher than they were at the apex of the great real estate bubble. When you add in the steepest yield curve inversion in the past 40 years, you understand the reasons behind why banks are pulling in the reigns, which is shrinking the money supply and abetting one of the greatest monetary tightening cycles in history.

The fiscal screws have been tightening as the last vestiges of President Biden’s $1.9 trillion American Rescue plan, which was passed in March of 2021, get drawn down. But the fiscal pressure will really begin to bite when the Expanded Child Tax Credit expires in 2023. The child tax credit was increased in 2021 from $2,000 per child to up to $3,600 per child under 6, and up to $3,000 for children ages 6 through 17. Therefore, for most consumers, there will be a tax hike of thousands of dollars per child beginning next year.

Today’s FOMC meeting and press conference served to tighten the monetary screws by a further 50 bps. This move brought the Effective Fed Funds Rate up to 4.3%, from zero percent only nine months ago. Listening to the press conference one gets the impression that Powell wants you to believe that he actually knows what he’s doing. Amazingly, the Fed’s feckless nature and history of glaring incompetence has somehow served to embolden Jerome Powell’s overestimation of his ability to control the rate of inflation.

SEE ALSO  Financial Inclusion in Burkina: Towards the Digitization of Financial Services

Let’s look at a bit of history. Powell’s and excuse for continuing with ultra-loose monetary policy, from the time he assumed Fed Chair in February of 2018, all the way to 2022, was that a central bank always knows how to easily deal with inflation if that problem ever arises. Therefore, it was deflation that had become public enemy number one. Any reading below 2% was intolerable. But, after inflation became intractable and the Fed’s transitory inflation argument proved to be false, Mr. Powell’s mantra then completely flip flopped. He has repeatedly stated over the past few months that inflation is now public enemy number one. That view was reiterated at Powell’s December meeting. However, in complete contradiction to what he said in years prior, the Fed Chair is now claiming that the Fed always has the tools to deal with deflation. He professed during the prior FOMC conference that in case the current monetary policy regime overtightens financial conditions, the Fed can just return to QE and ZIRP to facilitate a reflation of the markets and the economy. Meaning, Jerome Powell really hasn’t learned a thing during in his tenure at the Fed. He doesn’t care that it was ZIRP and QE that engendered runaway asset bubbles and intractable inflation in the first place.

I highlight this glaring stupidity because it necessities allocating your portfolio according to these boom/bust cycles for your investment success, because they will occur with more frequency and intensity over time. In other words, being long the correct asset classes, sectors, and style factors during deflationary and inflationary regimes is far better than to just buy and hold a 60/40 portfolio mix of stocks and bonds.

But for now, the Fed is enjoying a rare moment of sanity. Powell continues to fight inflation and it is very slowly working. Year-over-year CPI fell to 7.1% in November, down from the 9.1% rate in June. That is still way too high for comfort, but at least it is moving in the right direction. Of course, Wall Street is celebrating the fall in inflation, while completely overlooking the recession that runs concomitant.

The following are just a few of the recent data points that supports the view that a recession in fast approaching:

Normally, at this point in the business cycle the Fed would be reducing the cost of money. However, Powell is still making over-sized rate hikes and doing QT at the same time. He really has no choice but to pursue tighter monetary policies. This is because the rate of inflation is still over 3x the Fed’s target level.

This fiscal and monetary tightening will cause nominal GDP to grow much slower and will lead to S&P 500 EPS to contract starting in Q4 of this year both sequentially and year over year. Despite all this, 71% of money managers in a recent Bloomberg survey predict an average gain of 10% in the S&P 500 next year. Meanwhile, the valuation of equities is the highest than at any other time in history, from the signing of the Buttonwood Agreement in 1792 all the way through to the start of 2020.

The monetary fuel from the government has been spent and there is no fiscal rescue package coming from D.C. anytime soon. The consumer is sacked with a record $18.8 trillion in debt and banks have cut back on lending due to the teetering housing market bubble. Nevertheless, Wall Street is overwhelming bullish on the market and for the chances of a soft landing for the economy next year. The PPS IDEC Model differs immensely on that spurious conclusion.