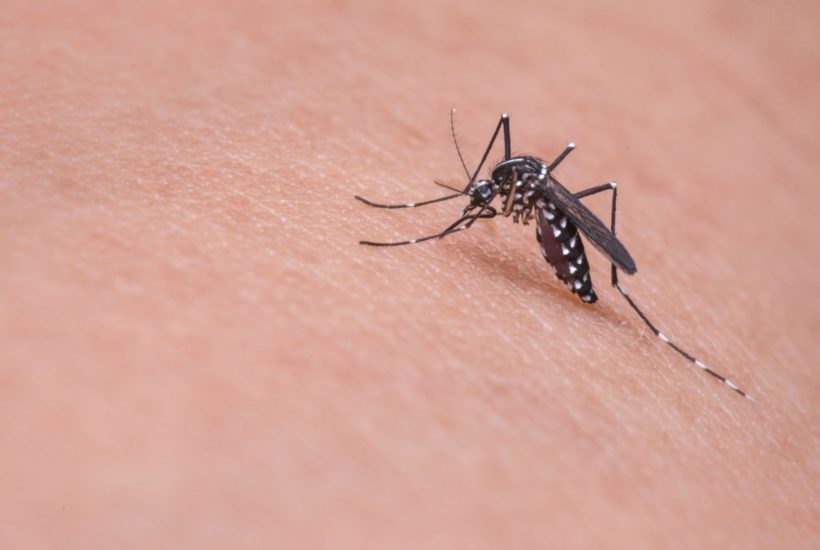 While to a large degree it has dropped out of the mainstream media outlets’ sphere of coverage, Zika remains a major concern globally. This concern translates to an opportunity for a company that can bring a Zika vaccine to market and a number of companies are working towards doing just that.

Here are three of the most advanced, with a look at what each is working on and how close their respective assets are to hitting shelves.

The first company on the list is VBI Vaccines.

The first is what’s called E glycoprotein. This one is pretty common in infectious diseases, especially those of a tropical nature (dengue, Ebola etc.) and is expressed on the surface of the Zika virus. The inclusion of E glycoprotein in the VBI asset translates to the drug mimicking this expression and, as a result, should serve to induce an immune response to its presence.

The second antigen is called the NS1 glycoprotein. This one’s a little different in that the NS1 glycoprotein isn’t expressed on the surface of the root virus, but it is secreted when the Zika virus replicates. The justification for including this one as the second of the two bivalent antigens is that it should trick the immune system into thinking the virus is replicating. In turn, this should generate a cell-mediated response, which is a response that involves phagocytes, antigen-specific cytotoxic T-lymphocytes, and the release of various cytokines, as opposed to just an antibody-mediated response.

It’s a young program and the asset is yet to be tested in vivo; VBI’s primary focus is on a hepatitis B vaccine called Sci-B-Vac that is currently in the late stages of development in the US and Europe and is also already approved in a range of countries worldwide.

With that noted, however, the company has tested its vaccine ex vivo in an attempt to ascertain whether the antigens it expresses elicit an immune response. Data from these tests suggest it does and VBI believes there is justification to carry the vaccine into clinical trials.

As a final note on this inclusion to the list, but also relevant to the next couple of included companies as well, the nature of Zika is such that a conventional trial framework doesn’t really fit it that well. It’s unethical to give a Zika patient a placebo, so trials of this nature cannot be placebo controlled. It’s also difficult to generate consistent results. Outbreak regions, scope and time frames are all unpredictable, so any sort of predetermined framework is impossible.

This works in the developer company’s favor, of course. There exists a special framework that allows for treatments of this nature to pick up approval based on animal studies (usually primates) and there’s a good chance VBI will qualify for this sort of special protocol as part of the approval process. Why is this important or beneficial? Because if the company is able to take this route, it would dramatically reduce the time to market.

This one is somewhat controversial. Back at the beginning of 2016, and at what we might refer to as the height of the outbreak (and concurrent media hype), Sanofi announced that it had won a $43 million grant from the US government to develop a Zika vaccine called Zika purified inactivated virus (ZPIV). This asset is different from the above-described VBI vaccine in that it actually contains the virus. Specifically, the vaccine contains Zika virus particles that have been inactivated. This brings with it safety concerns. In the vast majority of target indications in the vaccine space, the SOCs have moved on from this sort of first generation vaccine construction. The risk of infection exists even with deactivation and most vaccines are now antigen based as opposed to viral particle based.

With that said, safety testing and animal studies for ZPIV showed that the vaccine generated antibodies that neutralized the virus, which suggests that even if infection occurs (which it shouldn’t, if the viral particles are deactivated sufficiently) then the vaccine should be able to induce a response that deals with it.

And that’s not even why this one is controversial.

While Sanofi is responsible for the development of the vaccine, and was the company that picked up the government grant for said development, it wasn’t actually Sanofi that created it. Instead, it was U.S. Army scientists, working as part of an outfit called the Walter Reed Army Institute of Research (WRAIR). That this outfit would then pass on the exclusive rights to the vaccine to Sanofi, as well as tens of millions of dollars in grant capital, has caused concern among many with an interest in this vaccine getting to market. The dissatisfaction is rooted in the fact that Sanofi is set to profit from a drug developed using taxpayer money, and further, that the company will be responsible for setting the price of the vaccine once it hits markets. While there is no indication that Sanofi intends to set an unreasonable price, there’s no guarantee that it won’t. Indeed, Bernie Sanders highlighted this specific situation earlier this year.

There’s also the potential for Sanofi to receive a priority review voucher if and when it gets this asset to market. These have sold for up to $350 million recently and, for many, this is a sort of masked add-on to the government grant.

Whatever the ethical side of the story, however, the situation is that Sanofi is now in control of the development of the asset, and it looks as though said development is moving in the right direction. The company started dosing as part of a phase 1 study in November last year and will use the government grant to fund a phase 2 once this initial phase completes. It’s a relatively slow burning trial, with follow-up not slated to take place until at least one-year post-dosing, but slow burn or not, Sanofi is very much ahead of the pack on the human trial side of the picture.

As noted above, this doesn’t necessarily mean it will be the first to market. There’s the potential for animal dosing to underpin approval and this could allow others to leapfrog Sanofi in the race to a commercial green light.

Many reading will likely already be aware of the fact that GSK moved to dramatically increase its vaccine-related operations with its takeover of the vaccine arm of Novartis AG (ADR) (NYSE:NVS) back in September 2015. The company offloaded a large portion of its oncology operations as part of the deal and shareholders are banking on GSK bringing a raft of fresh vaccines to market in numerous indications to justify the giving up of said oncology assets. A Zika vaccine is one of the major assets on this list.

The company’s efforts are rooted in what’s called self-amplifying mRNA, or SAM for short. Vaccines based on this sort of technology, and nucleic acids (both DNA and RNA), have been investigated since the 1980s, but have not yet resulted in a commercial product for human use. GSK, however, believes it can overcome this failure to advance through its employing of self-amplification, which is a process through which a single strand of RNA can induce an immune response to a far higher degree than a non-amplifying version of the same single strand. The science is pretty complicated but it’s rooted in a number of T cells that respond to the RNA signal. The amplified strands seem to induce a response from more T cells, which translates to an increased immunogenicity for the vaccine under investigation.

That’s the theory, at least.

Of the three vaccines highlighted as part of this list, this one has the farthest to go before it hits shelves. GSK management has stated that it could be up to ten years before it even gets into mid to late-stage human trials, making any exposure to the Zika space through GSK very indirect.

With that said, there’s credence to the suggestion that GSK is one of the most likely companies in the space to bring an effective vaccine to market, when it does. The company operates the most powerful (in terms of dollar-support) vaccine outfit in the world and has a wealth of vaccine assets on which it can build towards a Zika formulation. With what is likely also the strongest and the largest team of vaccine specialist scientists driving this outfit, investors would be ill-advised to bet against GSK taking a large portion of the Zika vaccine market as and when it materializes.