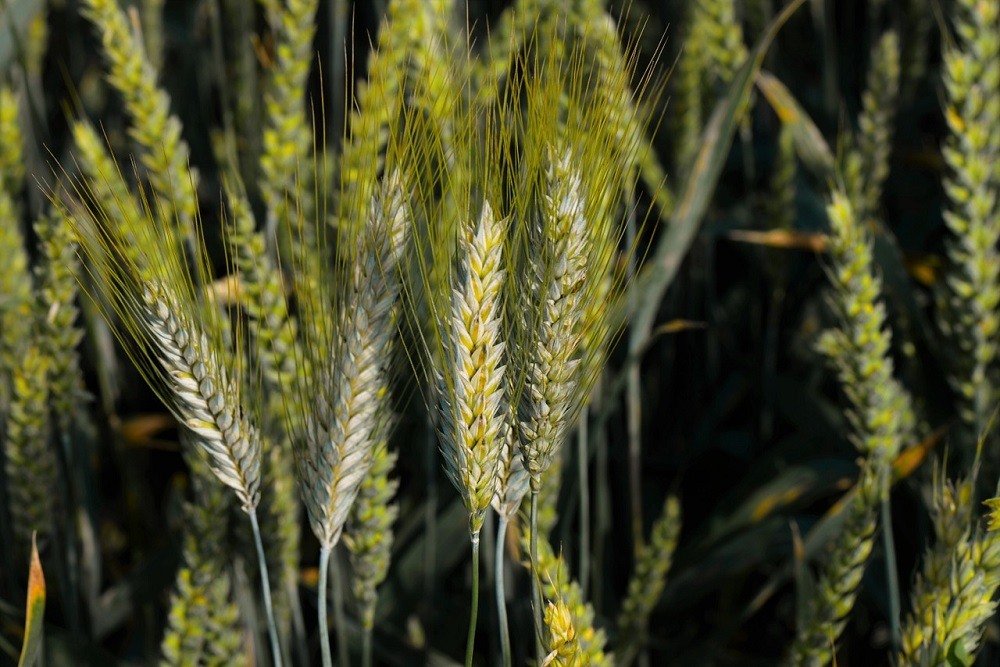 It was an ugly start to the new week with a less than impressive close for all grains. However, corn seemed to have taken it the worst. Being in the midst of a weather market, today’s action is almost downright depressing as December is once again trading in the lower 390s (not to say upper 390s was any more exciting).

Nearly to the day, June 17th of 2016 marked the calendar as the high mark for December corn as it peaked out at 449’0 last year. Running on a story line involving the dome of death that would devastate the corn belt; the market reacted quickly on fear and added weather premium into the market and allowed a legitimate opportunity to market grain at profitable prices before collapsing to the contract low of 314’6. Is this market heading in the same direction? Very similar to last year, weather concerns were all around as planting season neared the end; the dome of heat was on its way and then it rained and rained and rained some more. What happened this last weekend? It rained in nearly every spot that was in need of showers.

Not only was it an active weekend of rain showers, it also was a milder weekend compared to some expectations. The extreme heat appears to have moved away for the near future as additional showers begin to enter the forecast in addition to tropical depressions in the Gulf of Mexico expected to push moisture up into the Corn Belt. We could once again be getting set up for a repeat of last year, minus the legitimate chance to make sales at or above breakeven and minus aggressive buying support from managed money.

Helping to prod the corn market along, as of Friday’s commitment of traders report, managed money is estimated net short only 11,000 in the corn while still holding onto a net short of 75,000 soybeans and 76,000 wheat. Well below the estimate of net short 126,000 corn early last week and 171,000 at the start of this month. Managed money has been doing their part as active buyers, there simply is just too much grain yet to be sold into the market on any rallies which makes it extremely hard to sustain any type of bounce even in the face of weather concerns. Now selling what was estimated at noon to be nearly 7,000 corn contracts; is managed money ready to go net long? Is net long corn even in the cards?

At this time of the year, there are now a few assumptions the market is running on:

1) Corn acres are likely less than the USDA’s 90.0 million projection

2) Soybean acres are likely higher than the USDA’s 89.5 million projection

With that in mind, increase soybean acres to 90.0 million. Using the current USDA demand and using the USDA’s 48.0 bushels per acre yield, we could potentially be looking at the US ending stock of over 500 million and near the record of 574 million. Now trimming planted corn acreage to 89.5 million, decrease harvestable acres to 80.55, reduce yield by 2% to 167.3; corn inventories come in well below last year and potentially near 1.5 billion bushels. Definitely something to take note of, however with global supplies near record for corn and global supplies at record for soybeans; can corn rally off of 1.5 billion bushel inventories without any support from the soybean complex? Worse yet, what if soybean demand is overstated as some fear and real inventories come in closer to 600 million bushels?

There are a lot of what if’s, maybe’s, but’s, might’s, could’s and should’s in play given the time of year and we are obviously not on track to match last year’s crop. However, even average corn, wheat, and soybean crops still provide enough to keep the US and global inventories plenty large. Corn’s lack of ability to break 4 dollars during a weather scare is concerning.

The fear of selling too soon, the fear of selling too late or the fear of simply making the wrong decision is going to be weighing heavy on many minds. Near four dollar futures on corn is not exciting many, if any, producers. Now is when previously constructed marketing plans come into play and it may be vital to follow through on that plan. It was constructed as it is for a reason. Those very reasons are likely still valid today. Construct your plan, follow your plan and control the emotions of this season.