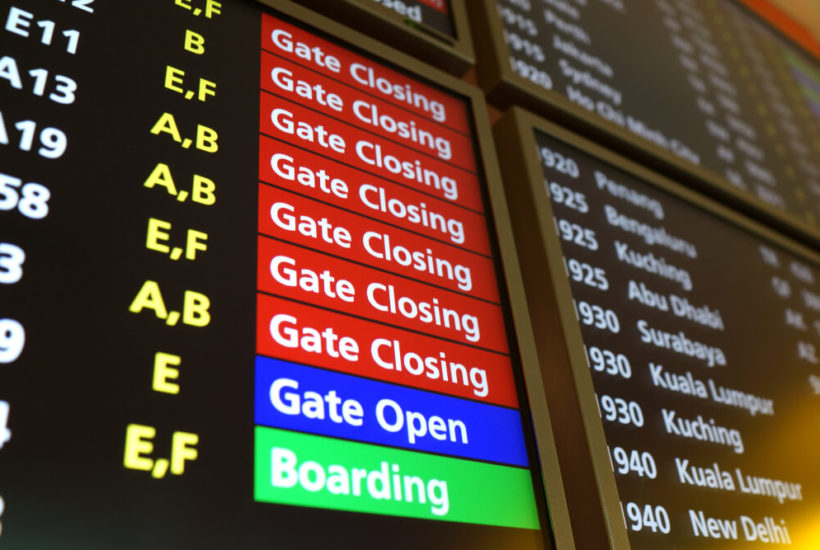 When American Airlines assured Robert Herbst he could make a connection at Washington’s Reagan National Airport in just 30 minutes, he got very worried.

Herbst, a wellness expert from Westchester, New York, is one of a growing number of minimum connection time skeptics.

Minimum connection times, defined as the shortest interval required to transfer passengers and their luggage from one flight to a connecting flight, are guidelines used by airlines and travel agents for booking your flights. If you’re making a connection, the minimum connection time ensures you’ll have enough time to reach your next flight.

Except when it doesn’t. Before your next flight, it helps to know a few things about minimum connection times. You also need to understand your rights when you’re making a connection and a few strategies for avoiding a missed connection.

The half-hour American Airlines allowed Herbst might have worked. But on the day he flew to Raleigh, his airline couldn’t have predicted a 25-minute takeoff delay.

“I got to Reagan and found that I had to change terminals on a bus to make the connection,” he recalls. “I sprinted to the bus, begged the driver who was in no hurry to get going, finally made it to the terminal and sprinted to the gate. When I got there, I found that the door was closed, and they refused to let me board even though the aircraft was still there.”

“Anyone who travels a fair amount has probably missed a connection,” says Seth Kaplan, editor of Airline Weekly, a travel trade publication. “I know I sure have.”

Here’s what’s happening behind the scenes. Airlines could schedule more nonstop flights, but they aren’t as profitable. Instead, they operate more “hub and spoke” flights to and from major hubs, which require connections. To avoid testing their customers’ patience, they develop minimum connection times with the airport and then schedule the briefest possible connections.

There are a few workarounds. Booking a nonstop flight will certainly fix this, but it’s not always an option. 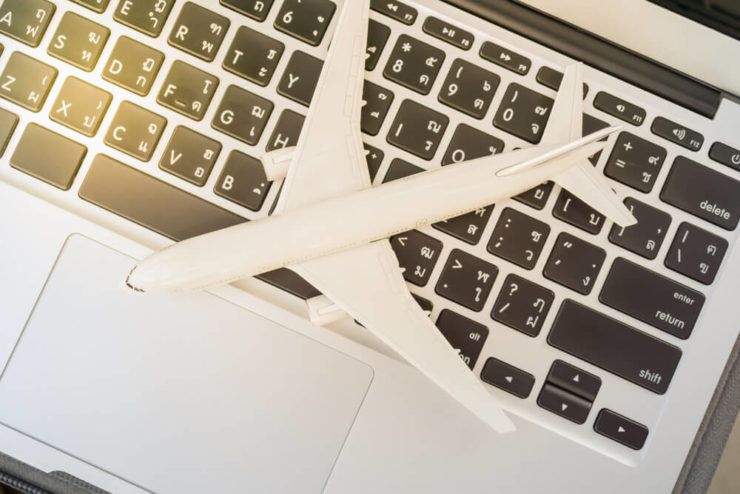 It pays to know all about minimum connection times and traveler rights so passengers can avoid missing a connecting flight. (Photo by Khongtham via Shutterstock)

“I will not, under any circumstance, transfer at Charles de Gaulle with a planned connection time of less than three hours,” she says. “The U-shaped terminals that can only be reached by a snail-paced outdoor bus make for high blood pressure transfers.”

The minimum connection time in Paris is between 60 and 90 minutes, depending on the flight.

If, for some reason, you feel you can’t make a connection within the allotted time, contact your airline before your departure, say experts. It can sometimes make arrangements to speed up the transfer by giving you a seat assignment closer to the front of the cabin or rebooking you on a different flight.

That’s what happened to Tricia Kalinowski when she discovered a 60-minute connection in New York on a recent trip from Minneapolis to Rome.

“I contacted Delta and they refused to change it, which frustrates me to no end,” says Kalinowski, a retired writer from Blaine, Minnesota. Then she pointed out that she had a wheelchair request in her profile, and that did it. Delta rebooked her on an earlier flight, which gave her plenty of time to make the Rome flight.

It’s no surprise that more passengers are skeptical of minimum connection times. But having your own minimums, established through careful research, and knowing your rights can help you get to your destination on time.

What you need to know about minimum connection times

They can be specific to airports or flights.

Airlines sometimes adjust their minimum connection times on a flight-by-flight basis. Times can change if a terminal is under construction or an airport train closes for repairs. It’s always a good idea to check your airline’s airport-specific page for any changes. Here’s American’s page for Washington Reagan.

They are not a guarantee.

No matter what your airline or travel agent tells you, the minimum connection times are no guarantee that your connecting flight won’t leave without you. They are only guidelines that are meant to get you to your destination as quickly as possible.