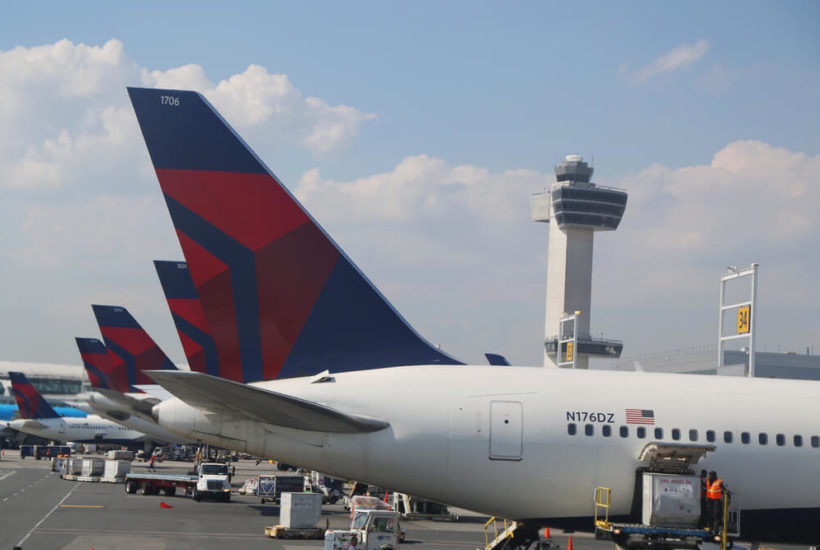 Delta Air Line’s victory in the quality ratings — its first in 18 years — comes against a backdrop of steady service improvement for the entire industry, which could be good news for all airline passengers. Or not.

The Airline Quality Rating (AQR), now in its 29th year, is one of the most comprehensive studies of performance and quality of the largest airlines in the United States. Researchers from Wichita State University and Embry-Riddle Aeronautical University based their ranking on government-reported data on mishandled baggage, consumer complaints, on-time performance, and involuntary denied boardings.

A record year for the best airlines in America

But the bigger picture is that the study suggests overall airline quality is improving, according to Brent Bowen, AQR co-author and professor of aeronautical science at Embry-Riddle’s Prescott, Ariz., campus.

“These results are very needed by the traveling public, given all the recent reports of airlines losing the confidence of key consumers,” says Bowen. “Travelers can be confident that our airlines are improving.”

Maybe. While the airline industry has improved its performance in many respects, a closer look at two key measures suggests that it may be too soon to pop the champagne.

The best airline in America

Here are the best airlines in America, based on data reported to the U.S. Department of Transportation (DOT) last year.

How it got here: It was a long and difficult climb from the ratings basement. Delta bottomed out at 15th place back in 2008 and clawed its way to its current place. “Delta plummeted and worked its way up,” says Bowen. How did Delta clean up its act? It only had 40 involuntary denied boardings for the entire year out of 177,650,178 passengers (measured as enplanements). Delta also had just 985 complaints filed with the DOT or just 0.65 complaints per 1,000 passengers.

How it got here: JetBlue is historically an overachiever, having debuted in first place in 2003. Its lowest rank — in 2014 and 2016 — was fourth place. So regaining the number-two spot is not a big deal for this carrier. It improved its ratings by winning in categories such as mishandled baggage, where for the first nine months of 2018, it had only 44,379 bags for its 24,667,975 passenger enplanements — or about 1.80 per 1,000 passengers.

How it got here: Southwest hasn’t soared this high since 2007 and hasn’t been at number one since Bill Clinton was in the White House. Its steady rise in the rankings is due in part to its low complaint numbers — just 590 last year, which works out to 0.36 per 100,000 passenger enplanements.

How it got here: Alaska’s fall was predictable, given that it finished merging with Virgin America. Mergers are usually bad for airline performance (just ask Delta). Alaska had ruled the rankings for the two previous years, but historically, its performance is erratic. It had fallen as far as 11th place in 2009. It has spent the last decade hovering between fourth and sixth place.

How it got here: This matches a low point for Hawaiian on the AQR. The airline debuted in first place in 2006 and has spent most of the last decade floating between second and fifth place. With 128 complaints on 11,630,320 enplanements or about 1.10 per 100,000 passengers, it ranks closer to the bottom (12th out of 17 airlines). 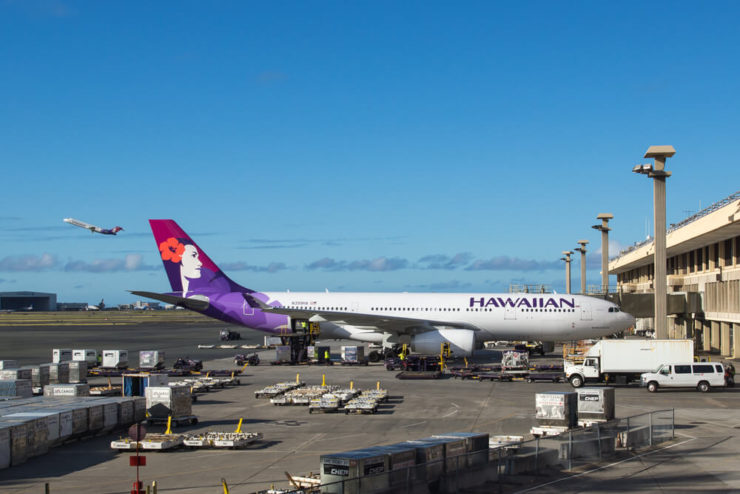 Hawaiian Airlines has been floating between the second and fifth place in the Airline Quality Rating. (Photo by Scottt13 via Shutterstock)

How it got here: United hasn’t ranked this high since 2005 when it was the fifth-best airline in America. The airline has been determined to recover from several customer service disasters and scraping the bottom of the rankings in 2012 when it came in dead last among all airlines with a number 14 ranking. It still has room for improvement.

How it got here: This one is a real shocker. Spirit first appeared on the rankings at number 15 — dead last — in 2015. The following year, it was next-to-last, worsted only by Frontier Airlines. But last year, it was back to the last place. So how did it rise to seventh place? Better overall performance, including a number-one ranking for mishandled baggage from January to September of 2018 (34,219 reports out of 19,329,862 passengers, or 1.77 reports per 1,000 passengers).

How it got here: American hasn’t quite recovered from its difficult merger with US Airways. It had the most complaints of any legacy airline (2,044 or 1.38 complaints per 100,000 passenger enplanements). Its other performance measures were bad by almost any measure. The last time American sat in first place was back in 1994. It’s spent the last two decades bouncing around the bottom half of the rankings. This year, with only nine ranked airlines, that means it’s in second-to-last place.

How it got here: Frontier has never gotten higher than fourth place and ranked last as recently as 2016. This year, its numbers are uniformly awful, from mishandled baggage to involuntary denied boardings. Frontier is famous for its extra fees and service with a snarl, and its last-place ranking only reinforces that unfortunate reputation.

Dean Headley, the AQR co-author and emeritus professor at Wichita State University, said the best-ever industry AQR score is mostly due to improvements in the rate of involuntary denied boardings and the rate of customer complaints.

“Consumers have demanded better and the industry listened and improved,” he says.

But some of the numbers are suspect, which is no fault of the AQR. For example, the DOT considers a flight “on-time” if it operated less than 15 minutes after the scheduled time shown in the carriers’ reservations systems. That may be why, when you look at an airline’s on-time numbers, it doesn’t always line up with your personal experience. Airlines are fudging the numbers.

There may also be a reason for the reduced denied-boarding statistics. The latest FAA Reauthorization Bill tightened the rules for denied boarding. Among other restrictions, Congress directed the DOT to issue a rule eliminating any maximum amount of compensation that must be paid to passengers involuntarily denied boarding in the event of an oversold flight. That made bumping passengers far more expensive.

Why are fewer passengers complaining?

More importantly, there are two factors that may be depressing the consumer complaints numbers. First, there’s a sense among passengers that the DOT under the current administration may not enforce consumer regulations as strictly as under previous presidents — so why even bother complaining? And second, but perhaps more troubling, there’s a sense that more passengers expect the worst when they fly and are resigned to accepting it.

The American airline industry has tried for years to lower the bar when it comes to customer service and performance. This year’s AQR results, while encouraging, suggest it might be succeeding.