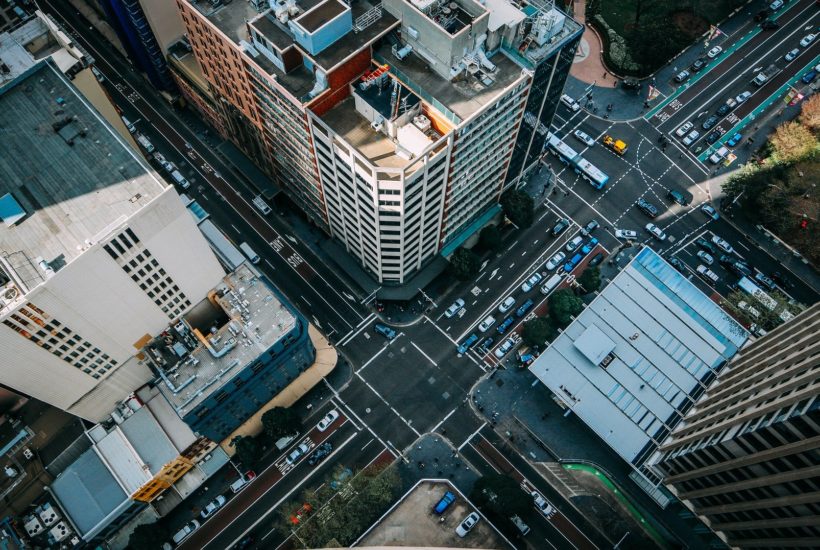 Transportation projects are almost always notoriously large and costly. But, infrastructure is critical to America and, with that in mind, a five-year, $494 billion surface transportation bill was recently released by the House of Representatives’ Transportation and Infrastructure committee.

The final bill, which must gain approval from both the House and Senate, will likely have numerous modifications, but it appears that the will to significantly fund transportation infrastructure is bipartisan and the final amount of funding will be extremely large. The INVEST in America Act outlines the types of projects that will be eligible for the funding.

As Congress struggles to find consensus on all kinds of budget issues and begins to face deadlines on reauthorizing surface transportation funding and programs, state and regional transportation officials watch with eager anticipation. These funds are so very important to them, especially with almost every state asking all state agencies to reduce funding as a result of COVID-19.

Contractors seeking transportation projects in the coming months, long before new Congressional funding is approved, will have no problem. Throughout the country, transportation officials are ready to launch new projects. Here are just a few examples.

The Iowa Transportation Commission just approved almost $3.6 billion in funding and outlined planned projects in the state’s 2021-2025 Iowa Transportation Improvement Plan. The proposed five-year program includes more than $1.1 billion of investments in state-owned bridges. Upcoming projects include six-lane improvements on Interstate 35, replacement of the I-74 Mississippi River bridge in Bettendorf, reconstruction of the I-80/380 Interchange near Iowa City, six-lane I-80 improvements in Dallas and Johnson counties, construction of the I-380/Tower Terrace interchange in Hiawatha, and a system reconstruction in Council Bluffs.

The Greater Portland Metro System is discussing a $5 billion regional transportation measure which would be slated in the November general election ballot. It will ask voters to approve millions for the new Southwest Corridor MAX light rail line between Portland and Tualatin as well as funding for more than 100 other road-related projects. According to the plan, the largest investment would be $975 million to partly finance a new MAX line in the Southwest Corridor. Federal funding would pay half of the project’s cost which is currently estimated at $2.8 billion. Other projects include: $520 million for work on the Tualatin Valley Highway, $520 million for projects along 82nd Avenue, $280 million for projects on Mc Loughlin Boulevard, $270 million for Burnside Street, $220 million in the Central City, and $200 million for work along Southwest 185th Avenue. There’s a possibility that $250 million per year for transportation-related programs over the next 20 years also would be requested.

After more than 18 months of discussions, Capital Metro’s plan to redesign transportation was approved by its board and the Austin City Council this month. Approximately $10 billion will be funded by a variety of sources including CapMetro revenue, federal grants, and a proposed increase in property taxes. The city approved Project Connect, which includes more MetroRail options and three new light rails, including the construction of an underground tunnel housing a light rail system in the downtown Austin area. The Gold Line is one of three light rail lines in the plan. The Blue Line will connect downtown Austin to the Austin-Bergstrom International Airport, and the Orange Line will run north-south.

The Jacksonville Transportation Authority (JTA) and the Federal Transit Administration finalized an agreement last month that provides funding for the beginning phases of a public autonomous vehicle system in the downtown area. The plan is to begin using $12.5 million in discretionary grant funds to start the transition of the Skyway Express rail people mover into an autonomous vehicle system. The cost of the entire project is estimated at $62 million. The JTA will begin planning, and requests for proposals for contractors are anticipated by the end of 2020 with a start date of 2021.

Gov. Phil Murphy and NJ Transit CEO Kevin Corbett recently unveiled NJ Transit’s 10-year strategic plan and a 5-Year Capital Plan. More than 100 specific strategic initiatives are outlined for NJ Transit including bus, light rail, and rail. Additionally, the NJ Transit is issuing a rolling, unconstrained five-year capital plan which identifies investment needs totaling $37.4 billion over the next 15 years. Plans include reconstruction of Hoboken Terminal station to improve flood resilience, raising the station’s tracks and train shed, and building an integrated bus interchange. Also identified is spending for the state’s three light rail networks, replacement of life-expired bridges, and funding for a pilot trial of battery-electric operation on routes where electro-diesel trains currently run on and off an electrified network.

Transportation projects also will be eligible for grants from the U.S. Department of Transportation’s Federal Railroad Administration (FRA). A Notice of Funding Opportunity (NOFO) has been announced for the Federal-State Partnership for State of Good Repair Grant Program. The plan includes $291.4 million in grant funding which is designated for repairs and rehabilitation of intercity passenger railroad assets. Funding requests will be considered for railroad infrastructure, equipment, facility assets, bridges, communication, signal systems, power systems, highway-rail grade crossings, stations, passenger cars, locomotives, maintenance-of-way equipment, and yards, terminal areas, and maintenance shops. The federal program will provide funding for 80 percent of the transit projects. Applications for funding are due no later than July 27.