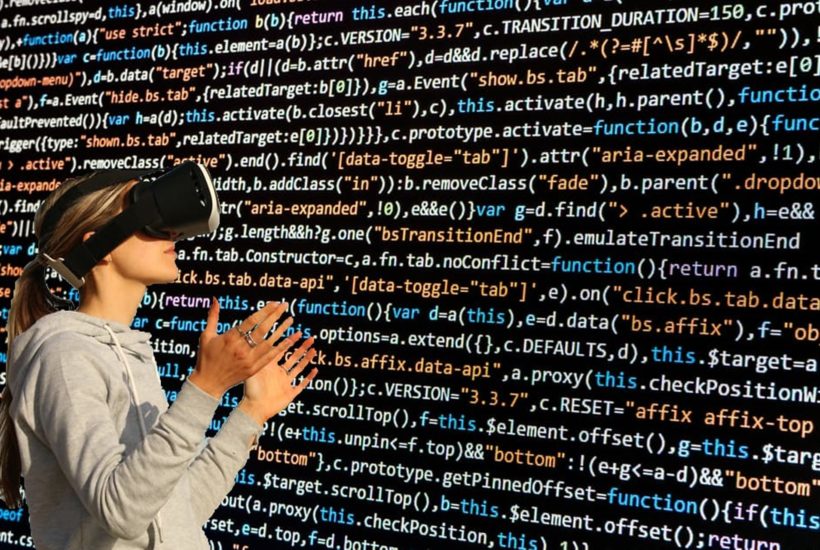 To many of us, the kind of technology companies like XRApplied are developing—Virtual, Augmented, and Mixed Reality—might seem like a distant pipe dream. Aside from a few enterprise applications, like simulated training scenarios and information overlay in assembly and maintenance lines, the technology has barely made an impact on our day-to-day lives.

And this is with good reason. Currently, the hardware is either bulky or expensive (and sometimes both), and, after a decade focused predominantly on hardware advancement, software development lags behind where it could be.

But it won’t stay that way forever.

If there is one thing that’s sure about technology, it’s that, once it has a foothold, it advances at lightning speed, both in terms of adoption and in its level of sophistication. Sometimes, it’s seemingly overnight that we go from oohing and aaahing over a fancy innovation, to carrying it around in our pockets and depending on it every day.

Moore’s law is the imaginatively named theory posited by Gordon E. Moore—who would eventually go on to co-found Intel—that the number of transistors on a chip will double every two years. When Moore first made this prediction in 1965, it was more of an estimation than a law. It did, however, prove to be frighteningly accurate, helping this humble estimation imprint itself into technology folklore as a law.

What’s more surprising, however, is how applicable Moore’s law has proven itself to be beyond just integrated circuits. In almost all areas of technological development, an apparent doubling is observed every few years. In fact, many advancements are even outpacing Moore’s law itself.

The Human Genome Project, for example, took 13 years and spent $2.7 billion dollars to sequence the human genome between 1990 and 2003. These days, genome sequencing is the kind of commodity product that goes on sale for $200. That represents a reduction of over 160% in price year-over-year, every single year, for almost two decades. And let’s not forget that that turnaround times are orders of magnitude quicker to boot; no longer do you need to order your kids’ test when they’re still in diapers to have their results ready by the time they graduate high school.

Then there’s also the little anecdote about the iPhone; a device that seemed impossible only the year before it was launched. The idea of carrying around a multi-touch display in one’s pocket—especially one that didn’t rely on a stylus—was just to foreign to fathom.

That’s right. In February 2006, less than a year and a half before the iPhone was first launched in June 2007, TED Talk audiences were wowed and amazed by the multitouch capabilities of a large, clunky screen which had to be supported on a stand.

But what’s all this got to do with Extended Reality (XR) and companies like XRApplied? Quite a bit, as it turns out.

This year, advancements in the hardware side of XR are sitting on the edge of the same precipice that multi-touch was on a bit under a decade and a half ago. 5G, a technology that will be critical to XR, is finally in the first stages of a global rollout. And new developments are being announced left, right and center, like Carnegie Mellon University’s device that simulates the feel of solid objects in VR. The fact is, there are a lot of the XR technology gaps that are finally being filled right now and, even if some of the devices look a little clunky right now, the development of multi-touch screens shows that rapid miniaturization is what takes place next.

Now that XR is finally here, here’s why firms are racing to get in on the ground floor

Even if the hardware side is still on the bulky side at the moment, some of the more forward-thinking firms are racing to get ahead of the curve. Now there’s a big rush on research and development in countless sectors: education has received a lot of immediate attention as COVID-19 has shown that we need to re-think traditional education models, as has virtual conferencing as users start experiencing “Zoom fatigue.”

Where this is all pointing is towards a similar situation that we had with the iPhone just over a decade ago. Initial uptake was subdued but, once more applications were developed and the hardware was further refined, the iPhone (and smartphones in general) almost literally shot up in popularity overnight.

While the rapid evolution of new technology is exciting to watch, there is always an unfortunate number of casualties along the way. This is just the natural consequence of rapid evolution: when things are constantly in flux and ideas are still in the early stages of competition with each other, what may look like a genius and genuinely useful innovation one day might be forgotten about the next.

One way to avoid the pitfalls that early innovators face is to avoid over-innovating in the first place. This is not to say that the solution is to offer bland iterations of already established technologies. Instead, it is to say that those who hold the tools that enable innovation also hold the keys to one of the more secure paths to success.

This is similar to what companies like Epic Games did with their Unreal Engine for gaming. At a time when game studios were competing against each other over who was going to deliver the most innovative games, Epic cemented itself into the future of gaming by building the tools that were needed to build the games themselves.

How XRApplied is positioning itself to maximize on the XR opportunity

While other companies are scrambling to find the next big things in education, communications and other fields where XR technology is going to take over, XRApplied is taking the Epic Games path and building the tools every other company is going to need.

Creating what are called Software Development Kits (SDKs), XRApplied is taking care of the fundamentals of XR software technology. Things like how virtual and real objects can be tracked in relation to one another, and how the virtual objects will eventually be rendered. Things that are difficult to do, but which apply to any possible XR application that will be created.

Effectively, by getting in on the ground floor and delivering the software tools so desperately needed by the XR community, XRApplied is now in the best possible position to cement itself in the future of XR. This creates a mutually beneficial relationship where other small and medium-sized enterprises turn to XRApplied for the tech tools needed before the pointy edge of niche innovations in the field can even begin.

(Featured Pixel2013 image by  via Pixabay)