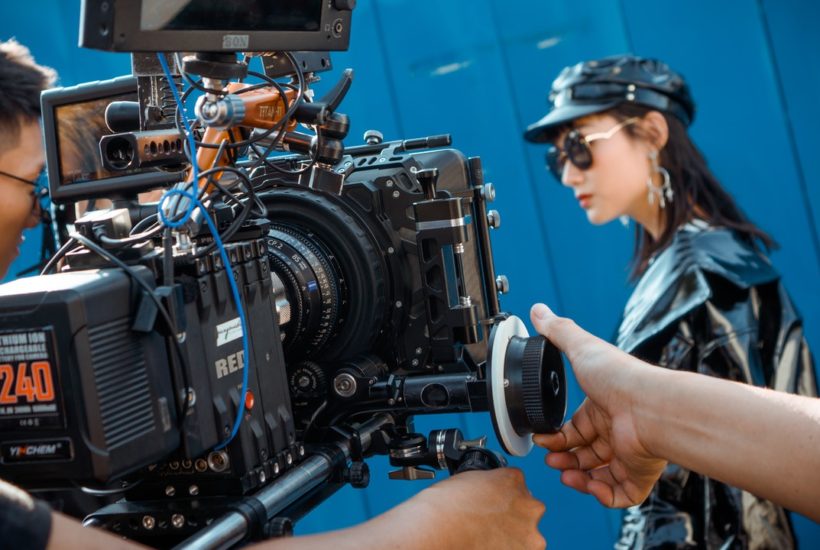 You can have the world’s most valuable content but, if you don’t have the expertise to both present and distribute it to the world, then, all too often, it will be destined for a life of obscurity. This simple fact has never been more true in today’s digital age where everyone’s an influencer, creator, or educator, and where content can be distributed, en masse, for next to nothing. This explains why Hollywood Creative Academy (HCA) has engaged the services of leading Extended Reality (XR) creator XRApplied (CSE: XRA).

Details of the Partnership Between XRApplied and Hollywood Creative Academy

Announced today, the deal signed between Hollywood Creative Academy and XRApplied will see the two companies partnering together on the development and ongoing promotion of an exclusive mobile app for both Android and iOS. Financing for the deal will be by way of a revenue share agreement.

The resulting app delivered by XRApplied will be an important part of Hollywood Creative Academy’s ongoing work to bring world-class entertainment industry training into the online world—important work in this day and age of always-connected, online everything—and will augment HCA’s growing base of high-value immersive content.

The deal also includes ongoing promotion and distribution support, which will see XRApplied leveraging its proprietary marketing platform to boost visibility and app store rankings, which will act to drive up both user and engagement metrics.

Hollywood Creative Academy is the premier producer of online educational courses for Hollywood and other entertainment industry professionals. Their exciting and engaging online content, available all over the globe, is focused on delivering short-form, high-value content and exclusive access to leaders in the entertainment industry.

Founded by entertainment industry veteran Matt Coleman, the company has an intense focus on the intersection between traditional media and emerging technologies, particularly online and immersive innovations.

Speaking on the deal, Coleman said, “HCA and XRApplied will strive to become leaders in the exploding edutainment industry, which is expected to exceed $7.8 billion by 2025. As a result of new forms of learning during the last 18 months of the pandemic, the online education market has been booming and we see major revenue and growth opportunities moving forward.”

XRApplied is a leading provider of innovative and creative solutions in Augmented Reality (AR) and Virtual Reality (VR). The company combines this expertise with its deep experience and proprietary marketing platform to deliver end-to-end application development and distribution services to companies of all sizes.

In addition to providing immersive content distributions as is scoped in the HCA deal, XRApplied also produces a range of other industry-agnostic solutions (AR catalog, toy gamification, AR App e-commerce, AR/VR interactive games) via its proprietary SDK tools and processes. This enables the company to deliver XR apps at breakthrough pricing, opening up the world of immersive technology SMEs that were previously too small to absorb the price of the tech.

XRApplied currently lists publicly on the Canadian Securities Exchange (CSE) and was previously incubated in France by the world’s largest rurally-based incubator, Uniqorn. During its relatively short life, the company has already delivered a number of impressive applications that have leveraged AR to advance the state of the art in fields as diverse as EdTech to home renovations.

Speaking on the HCA deal, Aleksey Andreychenko, chairman and co-founder of XRAapplied, said that “HCA will serve as a great proof of concept for what we can accomplish on the digital distribution side, which ultimately leads to monetization.” Further, he added that the company is “excited at the prospect of working with a great company that offers excellent content solutions that we can help them monetize.”

What This Deal Means for the Future of Online Education

The deal between XRApplied and Hollywood Creative Academy highlights the growing importance and size of the online education market. It also highlights the need for education providers to continue innovating and finding new ways to present online educational content—particularly as forward-thinking educators are already beginning to incorporate cutting-edge solutions like VR and AR into their educational content and learning platforms.

The importance of this is highlighted in statistics that show a growing demand for new modes of delivery for educational courses. For example, 32% of students in public institutions currently take at least one course online. This number almost doubles when taken in terms of the number of students enrolled in institutions that offer online courses, with 3 out of 4.6 million, or 65%, having taken at least one course online.

The Future of XRApplied as a VR, AR, and Immersive Tech Leader

This deal marks an important milestone in XRApplied’s relatively short history. While the company has already launched a number of in-house apps under its own name, and has a well developed suite of tech, this marks the first major engagement by a third-party. And while it’s early days, it’s fair to say that things are only just getting started.

With companies like Oculus and HTC already pushing the state of hardware forward, and a clearly growing market, VR and AR are now on the precipice of going mainstream and transforming into a multi-billion dollar mega-industry. This will grow and sustain an enormous demand for the development and distribution services of XRApplied—a company that offers one of the only viable solutions for SMEs seeking to enter the immersive technology space.

(Featured image by Lê via Pexels)