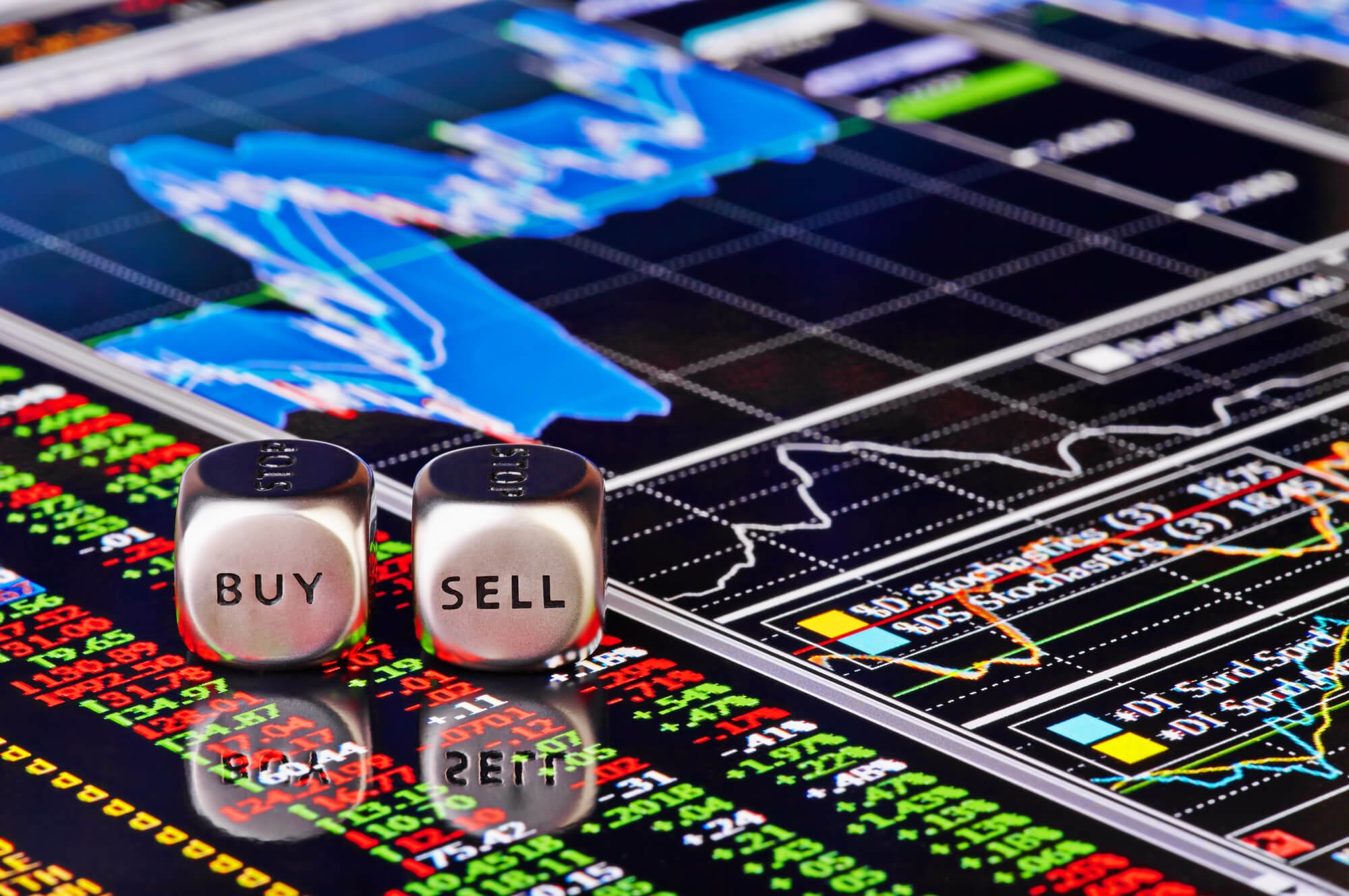 The first indicator most traders are introduced to is usually the Simple Moving Average (SMA), and it’s often quickly left in the background as they move on to more sophisticated indicators. But don’t let the simple part of the name fool you: there is quite a lot more to the SMA when you look under the hood.

Also, we should remember that most other indicators, such as RSI, MACD, and Ichimoku rely on forms of SMA to work. Do having a good foundation in the SMA is also necessary to take a deeper look at other indicators later.

The basic function of the SMA is to average the open and close over a set number of trading periods. Simple, hence the name.

For example, if you have a three SMA, it means that it averages the open and close over the previous three periods, and then gives you a point. This is why the SMA is always offset to the right; if you scroll all the way back to the beginning of the chart, you will find that the first candlesticks don’t have an average on them. 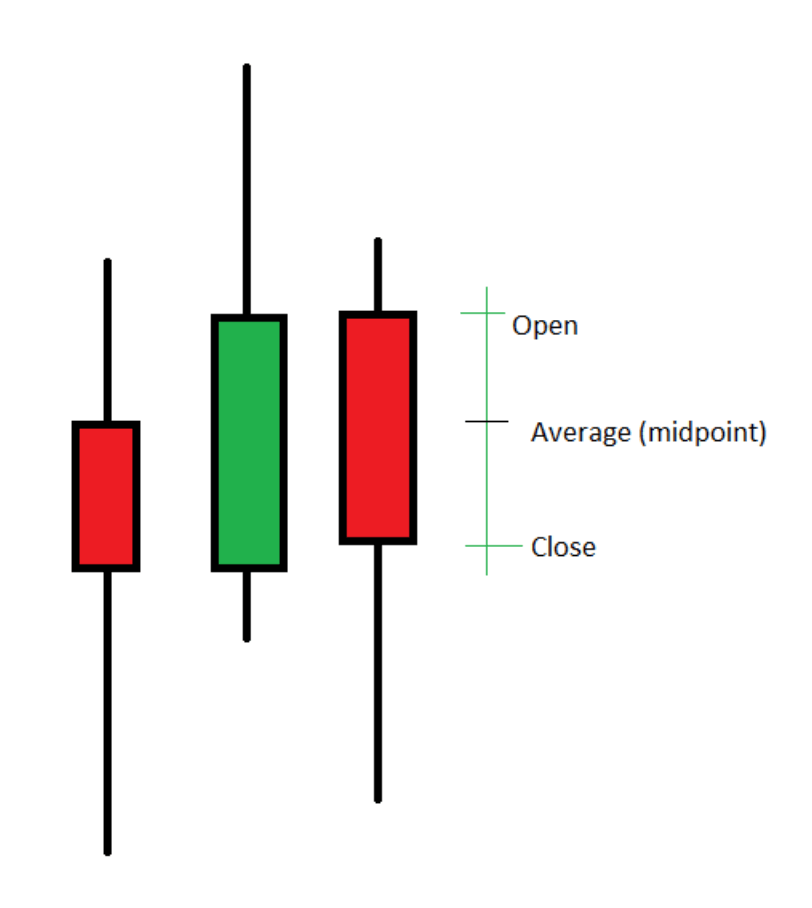 This has the practical effect of cutting out the outliers in the data set and smoothing out the “noise” of the market. The original purpose and its primary function is to help find out what the trend is. It cuts through the extra data to find the average and show the general direction of the market. That’s why you need several data points to get a useful reading out of the SMA.

Compare, for example, these two charts: 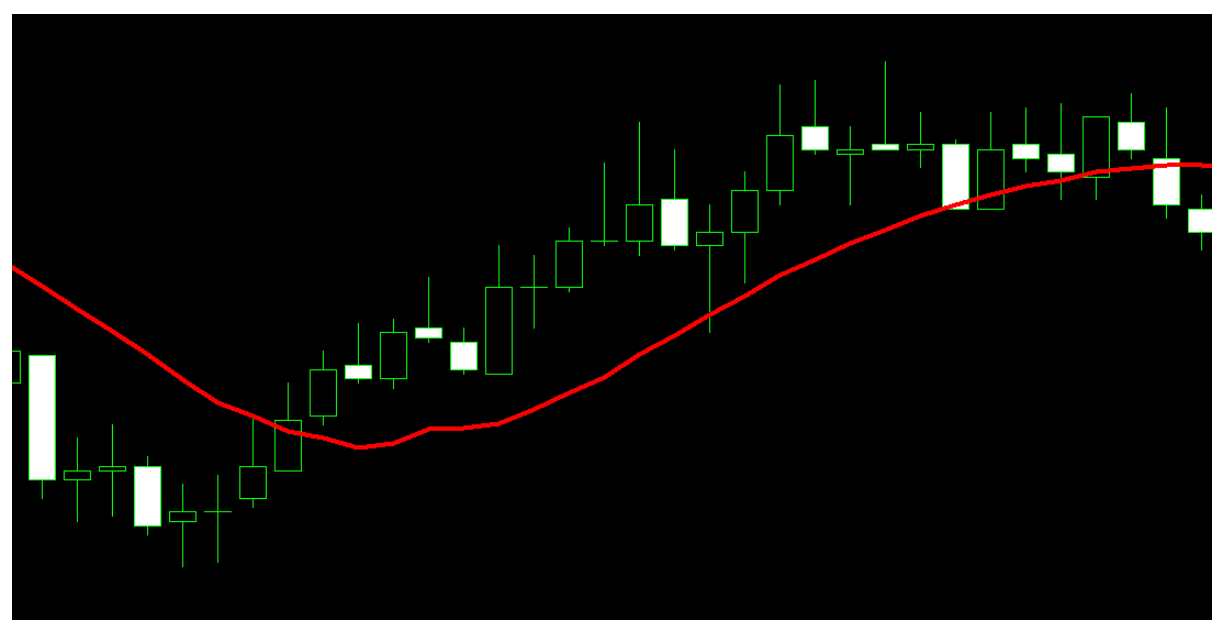 The charts cover the same data, but the second one includes more periods, and this makes the SMA “smoother” and reflective of the overall trend. In the first one, the SMA really isn’t giving us any data that we can’t see by just squinting at the chart.

Look for what’s in plain sight!

But you’ll also notice that the chart in B) shows the SMA offset to the right; that is, the SMA doesn’t turn around until after the candlesticks have changed:

This one of the features of the SMA; and happens because each data point represents the average from the previous 14 candlesticks – consequently, it takes several candlesticks to go in the opposite direction in order to force the SMA to turn around – making the change in direction of the SMA more robust.

In that same example, the candlesticks change direction several times, sometimes even alternating. But when the SMA finally turns, the market continues to trend for several candlesticks in a row.

This is why the 200 SMA in major markets is considered an important indicator of the market’s trend and will often be reported in the mainstream media. If the market crosses the daily 200 SMA, that means the trend that has been measured for the last 200 days is faltering.

Notice something else about the chart we’re analyzing: 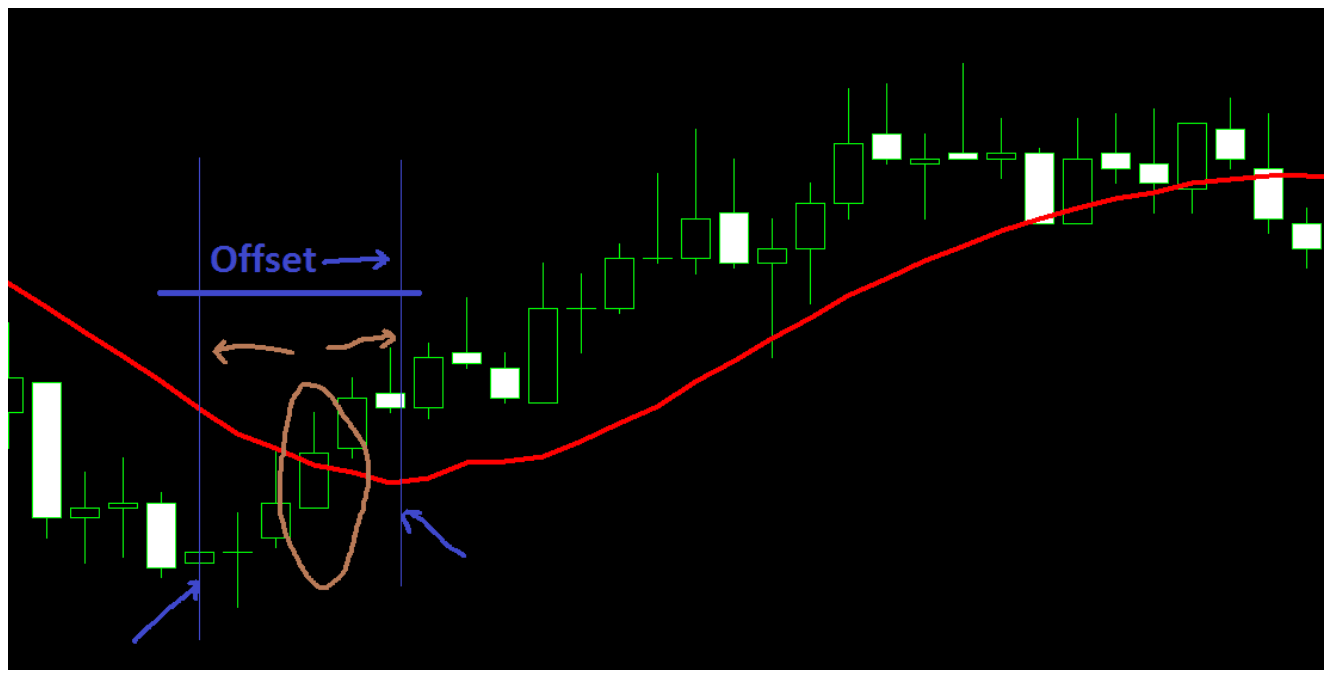 The circle shows where the market crosses over the SMA, and this happens before the SMA changes direction.

This is the feature of the SMA that is exploited by a lot of other more sophisticated indicators to generate buy and sell signals.

But will get into that in the coming posts, stay tuned! 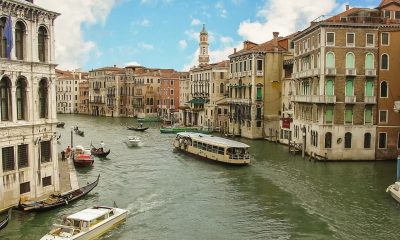