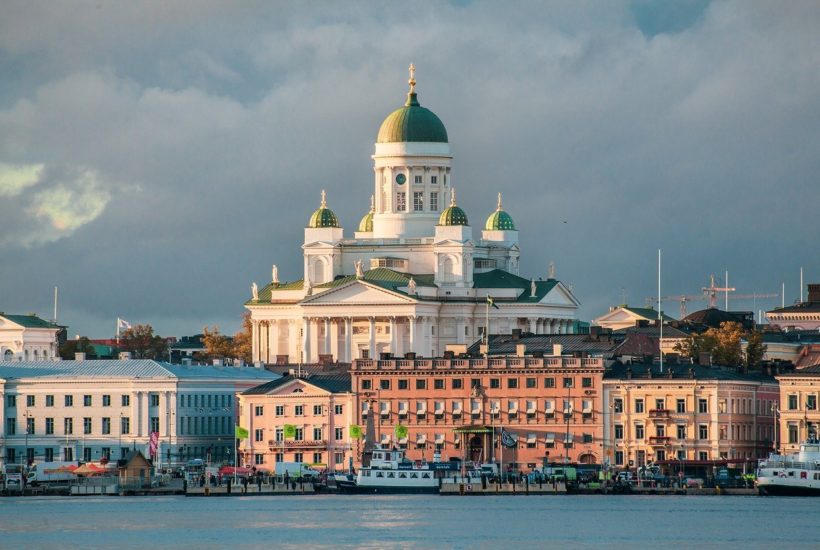 The signs for the introduction of an E-Euro as a state-supported digital currency (CBDC) are increasingly green. Finland has now joined the ranks of the proponents. The head of the central bank, Olli Rehn, expects the E-Euro to be launched in this decade.

Since the summer of 2019, the Facebook Libra project has put central banks and monetary policymakers around the world in a position to take action. The idea that a privately organized stablecoin could influence the state currency monopolies does not appeal to the public authorities.

However, while initially defensive reflexes and regulatory proposals dominated the discussion, it now appears that the euro zone is concentrating on bringing out a so-called Central Bank Digital Currency (CBDC), even through the European Central Bank (ECB).

Most recently, powerful voices from the ECB have been advocating an E-Euro, and now Finland is also positioning itself as a supporter. Olli Rehn, the head of the Finnish Central Bank, said in an interview with the news agency Reuters that he expects a digital euro in the course of this decade.

Read more about the introduction of an E-Euro and what’s Finland’s position in this regard and find the most important economic news with our companion app, Born2Invest.

Finland’s idea of an E-Euro

Finland is one of the first euro countries, since 2002 the euro has replaced the Finnish mark in everyday life. Rehn imagines the E-Euro as a digital currency for institutional users such as commercial banks as well as for citizens. The company will cooperate with the private sector so that the E-Euro meets the requirements of all market participants. In Rehn’s view, the E-Euro will not replace cash but will serve as a supplement.

Regarding the question of how the E-Euro should be technologically positioned as a CBDC, Rehn said that this decision still needed analysis and experiments. Estonia, for example, recently called for the launch of the E-Euro on the basis of a real blockchain. Other countries would prefer a blockchain-like solution, which would allow interventions by central authorities if necessary.

Rehn was pleased that the ECB was no longer one of the “late comers” to CBDCs, but was now at the forefront of the movement to be registered worldwide. Facebook Libra rejected Rehn’s request, arguing that an E-Euro had to be system-compliant. Experts expect that the ECB will make its next decisions on an E-Euro in mid 2021. France is already not testing the E-Euro publicly, and Germany’s Finance Minister Olaf Scholz has issued a clear “yes” for a CBDC.

Conclusion: Step by step towards the E-Euro

Anyone following the discussion about the E-Euro will notice: dissenting voices have largely fallen silent, the chorus of supporters is getting louder and louder. With Facebook Libra breathing down their necks, the ECB and national central banks have created a dynamic that seemed unlikely 18 months ago. In addition, China in particular is making advanced plans for an e-yuan there, which are apparently also ensuring that monetary policy in the euro zone does not want to be technologically dependent.

There is widespread hope in the crypto sector that a government-guaranteed E-Euro will strengthen the general acceptance of digital currencies. From it then increased demand for Bitcoin and CO. could develop and so finally also the price development positively affected. The CBDC issue therefore remains one that should be monitored for the crypto market.

(Featured image by tap5a via Pixabay)

First published in BLOCK-BUIDERS.DE, a third-party contributor translated and adapted the article from the original. In case of discrepancy, the original will prevail.