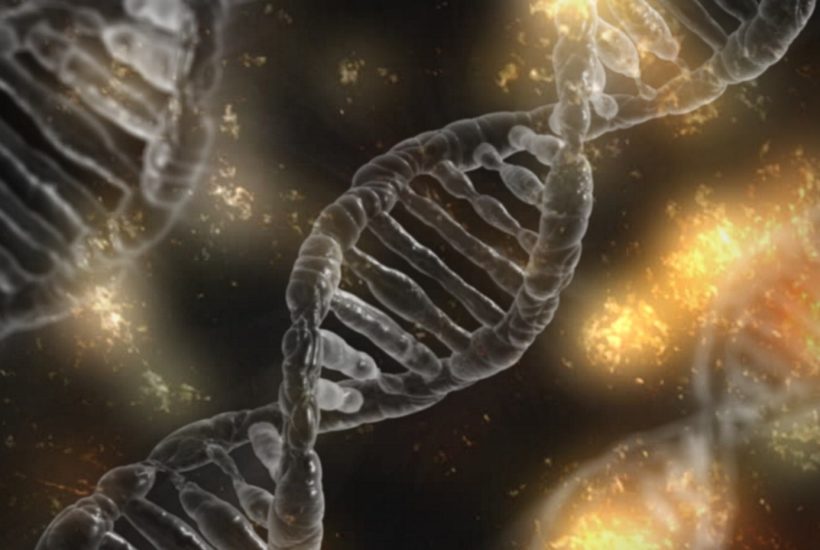 How far can we go with DNA? The scientific community does not yet have the answer, as the potential of this molecule seems infinite. But to study the possibilities offered in this field, laboratories must still have enough material for researchers to continue their work.

However, for the past forty years, DNA has been manufactured by chemical synthesis. A particularly long and costly process, with an error rate that increases as the sequence lengthens.

In this context, researchers are looking to develop alternatives to synthesize DNA more easily, with more convincing results. Among the solutions considered, one that particularly appealed to the scientific community: enzymatic synthesis. This process, which is faster and more efficient, and for which it is no longer necessary to be a chemist, is now used for the production of medicines, perfumes, cosmetics and biofuels.

The synthetic DNA market is estimated at $1.5 billion, with a growth of 10% per year. The French start-up DNA Script is developing a printer based on genetically modified enzymes to generate a personalized DNA sequence in a few hours. To make synthetic DNA a lever for predictive medicine, but not only, the company raised €11 million in September 2017. And also, an additional €35 million in May.

Giving a second wind to the writing of genetic codes

Founded in 2014 by Thomas Ybert, Sylvain Gariel and Xavier Godron, DNA Script has developed a printer capable of synthesizing high-quality DNA to foster innovation in science and technology. Through this technology, DNA Script intends to give a second wind to the writing of genetic codes.

The new process developed by the company makes it possible to produce better quality and longer DNA molecules. This process is donde in a much shorter time frame than usual production methods. And provides an opportunity for researchers in molecular biology to accelerate their experiments to achieve faster results.

These advances should eventually make it possible to develop new therapeutic products, such as medicines or vaccines. But also to move towards more ecological production of chemicals or to propose a new way of storing data.

DNA Script’s printer could even take on a new dimension with “Crispr-Cas9”. A genome transformation technique that allows DNA modification by targeting a gene with unparalleled accuracy. To understand better, FrenchWeb went to meet Xavier Godron and Sylvain Gariel. Two of the three founders of the French start-up, in their laboratory at the Kremlin-Bicêtre, south of Paris.

First published in frenchweb, a third-party contributor translated and adapted the article from the original. In case of discrepancy, the original will prevail.