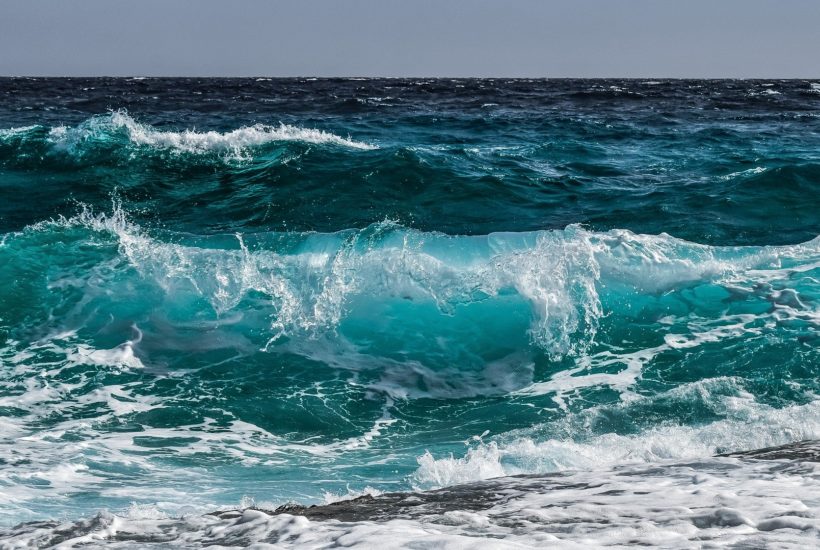 Boyan Slat is constantly worried about the state of the planet due to climate change. He left university to focus on “The Ocean Cleanup”, the company he founded, with two ambitious projects.

The first project has been in operation for months cleaning the ocean of plastics. The project started by cleaning the most polluted rivers in the world because experts estimated that around 10% of the plastic in rivers will eventually end up in the world’s oceans.

Special project to clean the ocean

Boyan started the idea as a school project and was assisted with a surfboard, given that they didn’t have a boat. They went as far as they could into open waters and returned to the shore thanks to the force of the waves. Their study concluded that by 2020, the amount of plastic in the sea would reach 7.25 million tons.

With his non-profit company that he named “The Ocean Cleanup”, he developed a prototype for cleaning plastics in the ocean through via crowdfunding. A 60-meter floating pipe in the shape of a “U”, with a three-meter cone in the center that submerges and traps the trash. This is assisted by a boat regularly comes by to collect the accumulated plastic and trash.

As Boyan said in one of his videos which he published on twitter, it is important to make an ‘invisible’ problem clear and visible to the world.  He managed to create the first tool for collecting waste in the ocean and now people can “literally see a problem that was submerged in the sea”

The Ocean Cleanup team attended RTVE where they stated that “the purpose of the first mission in the Great Pacific Garbage Patch was to confirm the concept of passive plastic collection through the natural forces of the ocean.”. The the organization further added that “After several ups and downs, in October 2019, we announced that the system was working properly, capturing and collecting plastic waste,”.

The initial prototype, the 001 System, “did not retain the plastic as it should, and despite attempts to remedy this and successful design confirmations, the system suffered a fatigue fracture, resulting in the need to return the system to shore in January 2019.”. Thanks to the work of the “engineering” team, a redesigned and modified system was put together in record time and implemented the current system, System 001/B, in June 2019,” they said, and in October the correct operation was confirmed.

What to do with the collected plastic?

The Ocean Cleanup has confirmed that “the material collected in 2018 with Wilson has been fully used for product development and process testing”. They are on track “to reuse this plastic (whereas we had previously used the plastic for research purposes, i.e. the “Mega Expedition” in 2015 and with Wilson in 2018). This will be the first batch we will recycle into a consumer product.”

The company was initially financed by crowdfunding of which the owners do not provide data but the figures point to $53 million. They limit themselves to commenting themselves to  “financing the project with the help of donations, philanthropic, commercial and government sponsorships”. Now, to continue through their wonderful work, they have decided to recycle the collected plastic into products that people can acquire to collaborate with the project.

The next step is to “sort and clean the plastic, which will give us an idea of the quantity and quality of the plastic.”. The company thought about “creating a value chain based on the collected debris, with the aim of financing continuous cleaning operations.” From the beginning.

They added that “This will be the first time they will try to produce products entirely made of plastic taken from the ocean. It will be a challenge” and in terms of when the products will be available they have stated that “in September 2020; product details, price, and quantity will also be announced at that time.”

As Boyan Slat himself stated that “once you’ve managed to collect the plastic from the ocean, you should ask yourself one question: How do you stop it from coming?” in one of his presentations. He began to study the rivers of the world and with thermal cameras detected and analyzed plastics. It was impossible to deal with all the rivers of the planet, but his studies determined that out of the 10% of the world’s rivers, 80% of the plastics reached the ocean, most of them located in Southeast Asia.

“On October 26th we unveiled “The Interceptor”, to prevent the relentless flow of plastic pollution into the world’s oceans,” The Ocean Cleanup said. Its usefulness is to cover both sides of the equation: “On the one hand, with System 001/B the plastic that is already in the ocean can be collected and The Interceptor complements it by attacking the flow of plastic waste at its source, the vast network of rivers in the world.” Its presentation on Youtube has already exceeded one million views.

“The Interceptor is the first scalable solution for intercepting plastic pollution from rivers and can be implemented worldwide. It is capable of removing 50,000 kg of rubbish per day, even reaching 100,000 kg per day in optimized conditions,”. They also added that one of the biggest problems was that it did not affect the river itself or its fauna and flora.

This project, put together by Boyan Slat, a 25-year-old Dutchman and his team at The Ocean Cleanup can be a “before and after” situation in terms of sustainability, combating climate change, and also self-financing.

First published in rtve, a third-party contributor translated and adapted the article from the original. In case of discrepancy, the original will prevail.