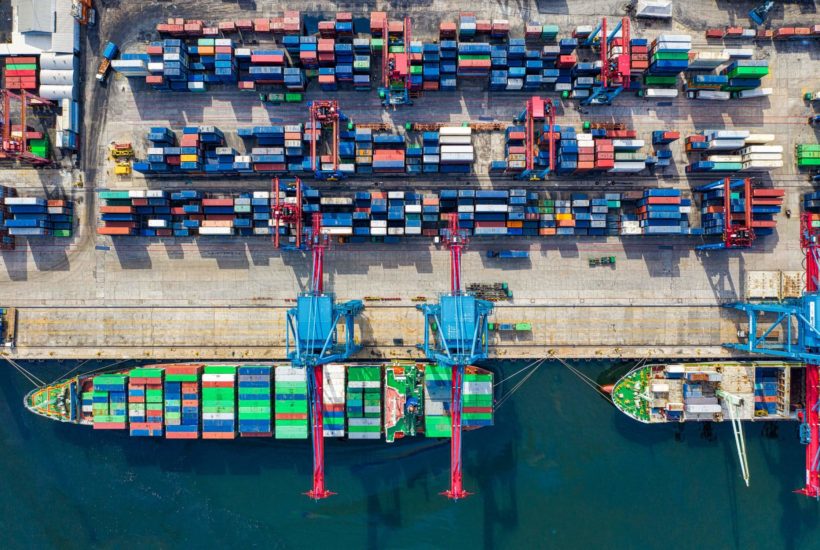 Megaships now carry more tonnage, cargo is more diverse and much more of it is shipped throughout the world…especially to U.S. ports. Contractors are in high demand to help ports update infrastructure, add new rail lines, construct more storage facilities, enhance security and improve the efficiencies of port operations. Meeting the increased demand is a top priority at all U.S. ports and billions will be spent to make them competitive.

The largest tonnage port in the western hemisphere is the Port of South Louisiana.  Last year, the U.S. Army Corps of Engineers launched a project to deepen the port’s ship channel to 50 feet – the same depth as the Panama Canal. About the same time, South Louisiana began initiating other significant projects including one to enhance its rail system to accommodate the increase in freight. More projects are under consideration.

The Port of Baltimore is also undergoing change. An upcoming project will modernize the Seagirt Marine Terminal Berth 3. This project will add a second berth capable of serving larger container ships at the port.  More upgrades are planned including enhanced landscaping. The Maryland Port Administration was awarded $6.56 million from the federal BUILD 2018 Infrastructure Grant program and it will be a funding source for part of the project’s $32.8 million estimated cost. The remainder of the project’s cost will be covered by the State of Maryland and a private port operator. Solicitation documents are expected before December.

Burns Harbor Port in Indiana will be soliciting bids later this year to create one of two new railyards which will be only one segment of a $20 million expansion project. Planned enhancements include the creation of two new railways, the addition of 4.4 miles to the port’s 14-mile rail network and construction of a new 2.3-acre cargo terminal with multimodal connections for handling cargo transfers to ships, barges, rail cars and trucks. Burns Harbor is the only port in Indiana that handles international shipments.  A very busy port, it handles about 9,000 rail cars, 75 ships, 350,000 trucks, 375 barges, and 200 Great Lakes vessels each year.

SEE ALSO  Do you need an international driving permit?

Utah’s controversial inland port plans, approved by Utah lawmakers in 2018, call for the creation of a massive transshipment hub in Salt Lake County to accommodate goods being transported by land, rail, and air. Legislation approved during the past legislative session allows for development of complementary inland port facilities outside the Salt Lake City area. The planned complex includes a 16,147-acre expanse that connects to rail, Interstate 80 and Salt Lake City International Airport. Public officials in Weber County want to be part of a statewide network of transshipment points.

The Port of Long Beach plans to construct an on-dock rail support facility. Pier B will undergo changes that include linking 90,000 feet of storage tracks to existing tracks to the Alameda Corridor which connects the San Pedro ports to the national rail system. The objective is to handle more cargo by rail and relieve congestion at the gate so that cargo can be more efficiently sent further inland. The estimated budget for the 180-acre facility’s redevelopment is $870 million. Port staff is in the process of contracting with a design agency and plan to have everything ready so that work can begin by 2022.

In North Carolina, the Port of Wilmington (POW) plans to widen its turning basin to accommodate larger ships arriving from the Panama Canal. Later this year, two of POW’s major cargo customers have announced plans to begin using 14,000 20-foot equivalent unit (TEU) ships.  Currently, the port is only able to accommodate ships with less than 12,000 TEU. The port will widen the turning basin an additional 124 feet by dredging both sides. Costs for this work are estimated at roughly $30 million.

The Bay County Long-Term Recovery Task Force in Panama City, Florida, has a 400-page draft report that outlines 320 proposals or concepts under consideration.  Officials say they will use the report, or study, to plan regeneration efforts that are required because of Hurricane Michael. Officials will also use the report to seek federal and state disaster funding assistance while also hoping to attract private-sector investors for the project.

The estimated cost of the planned projects totals about $58 million.

Ports in the U.S. are definitely fertile ground for contractors of all types.  Almost every port project will involve opportunities for companies that offer construction, engineering, security, technology, environmental and professional services.