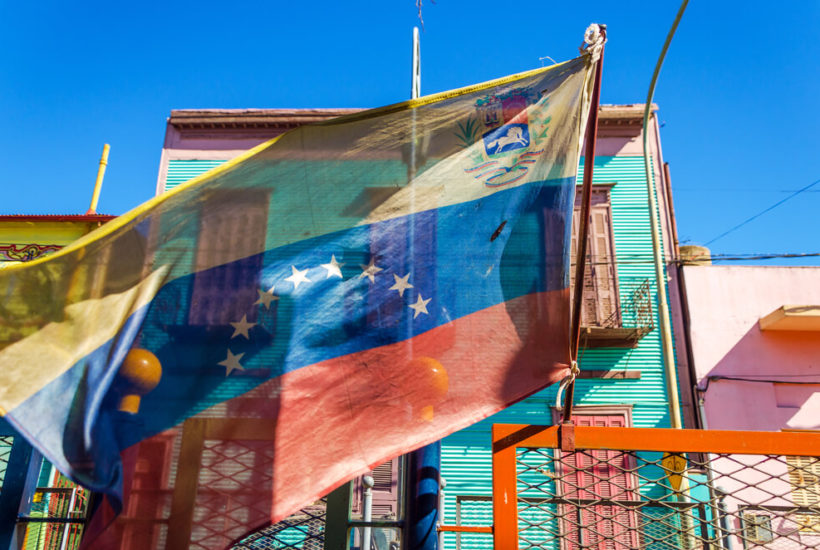 On Jan. 23, the United States recognized opposition leader Juan Guaidó as Venezuela’s interim president. The U.S. government sanctioned the country’s state-owned oil firm Petróleos de Venezuela SA to stop the flow of cash into the government of Nicolas Maduro, who is the incumbent since 2013. Maduro retaliated by cutting all of Venezuela’s relations with the U.S.

Naturally, the situation falls under what could be called as geopolitical tension. However, while diplomatic ties are usually the ones to suffer under these circumstances, observers are saying the oil sector would likely bear the brunt of the turmoil. This is because the U.S. is Venezuela’s largest importer of oil.

The North American country has been importing about 500,000 barrels of crude per day since 2018, according to Reuters, citing data from Refinitiv Eikon.

As oil import from Venezuela stopped, refiners in the U.S., particularly in the Gulf Coast, are reportedly starting to cut their crude processing to survive price hikes. They have also started feeling the impact of the crash of gasoline margins,which have reached their lowest in almost a decade, sources told Reuters.

Still, refiners are trying to stay resilient with the present situation. For the past days, they have been keen to buy domestically produced heavy and sour crude grades as a substitute. But, as demand for sours increases, its prices shoot up consequently. The increase in prices is particularly pronounced in supplies coming from heavier U.S. grades like Mars Sour and West Texas Sour crude WTC-WTS.

Between the U.S. and Venezuela, the immediate impression would be that the latter would suffer terribly with how the events have been unfolding the past month. For Paola Rodriguez-Masiu, an analyst at Rystad Energy, this is not going to be the case.

“[The oil] Venezuela currently exports to the U.S. will be diverted to other countries and sold at lower prices,” Rodriguez-Masiu said. The Latin American country could also increase its export to China, which is the world’s second largest economy, and India which is the world’s fastest emerging economy.

The situation will become more favorable to Venezuela if Maduro gets ousted, according to James Williams, the energy economist at WTRG Economics.

“If Guaidó succeeds, it is likely the new government will declare the debt that Russians and Chinese hold to be fraudulent and refuse to pay it. That would immediately more than double Venezuela‘s cash oil income since more than half of the exports go to pay the Chinese and Russian debt,” Williams explained.

On the other hand, the U.S. will have difficulty finding an alternative for its oil import, several analysts concurred.

The North American country could source its oil from Canada, Mexico, and elsewhere in Latin America but supply from these regions are currently limited due to infrastructure challenges.

Canada would have been the most likely candidate as an alternative supplier. However, the country is currently facing a problem with the expansions of its major pipelines.

“The region with the biggest shortfall of Venezuelan crudes, either through sanctions or inadvertently through further production declines in the U.S.,” Michael Tran, commodity strategist at RBC Capital Markets, wrote in a note to investors.

loses a source of oil imports, but is it significant?

Venezuela’s economy had been declining since 1999 under the leadership of Hugo Chavez. Maduro, who took office in 2013, has not done much to improve the country’s economic challenges.

This trend suggests that Venezuela may, in fact, be an extremely dispensable source of oil for the U.S.

“The economy is completely oil dependent, and while the U.S. accounts for 41% of Venezuelan oil exports, Venezuela is not particularly significant for the U.S., whose own production, thanks to shale, is booming,” Mihir Kapadia, chief executive officer of financial-services firm Sun Global Investments, said.

Kapadia added that there might be an oil price increase worldwide due to the current situation, but it would not be enough to affect the global supply and demand.

Not even U.S. consumers would likely suffer oil price hikes as the country could just increase its imports from the Middle East once again, according to U.S. Treasury Steven Mnuchin

US oil refiners the clear loser in US’ sanction on Venezuela

The biggest loser out of the situation is the U.S. refineries as the sanction would compel them to import heavy crude from the Middle East at a premium price, Rodriguez-Masiu said.

While the best course for them is to continue substituting domestic sour grades for the meantime, the refiners are already facing price hikes from the suppliers. Furthermore, there’s not much choice left for them to outsource from cheaper importers, like Canada and Mexico, as both regions could not accommodate bigger demand from what they currently produce due to infrastructure bottlenecks.