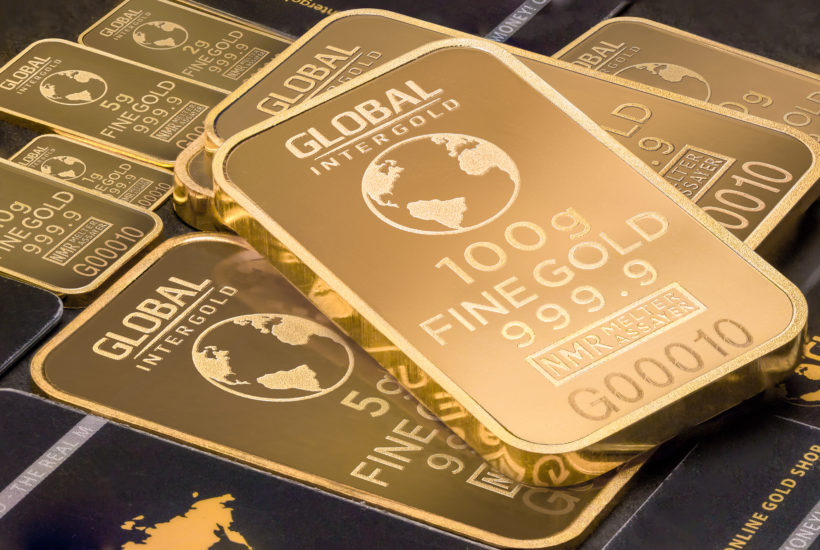 Except for a handful of runaway tech-startup success stories, junior miners like Rockridge Resources Ltd. (TSX.V: ROCK) are, undoubtedly, some of the most exciting investment opportunities available.

No other sector can deliver 100 fold increases in stock price like junior miners can. And they can do it overnight.

Of course, it goes without saying: with great reward comes great risk. Junior mining can be highly speculative. For every success story, there’s another hundred who disappear into obscurity. They either run out of money, or their prospective properties were just duds to begin with. Sometimes both.

The reasons why most junior miners fail

It takes more than just a little bit of luck for a junior miner to hit the big leagues. It requires an amalgamation of several critical elements. Top geological talent. Sound financial management. Capital markets experience.

And a prospective property that has more to offer than just a little bit of gold mineralization.

It’s simply not enough to just show up anywhere, diamond drill bits in hand, poke a bunch of holes in the ground and call it a day. Even if it is on a promising prospective property.

But all too often, this is the approach too many junior miners take.

Headed up by overoptimistic speculators or, at best, inexperienced geologists, they plunge all their resources into a single drilling program, hoping to strike gold. And sometimes they do.

But this is where their problems begin. Poor execution and an inability to raise additional capital can lead to bankruptcy. Poor infrastructure at the prospective site means it remains an unattractive mining site. Or the wrong sort of attention in unstable jurisdictions can even lead to employees being murdered.

Of course, the last example is at the extreme end of the range. However, it does illustrate that there is a lot more to junior mining than just crossing your fingers and hoping for gold. Because, even if gold is discovered, it’s only just the beginning.

Separating the wheat from the chaff: don’t buy another junior mining dud

Finding a junior mining company worth investing in can be difficult. For every company like Rockridge Resources who are able to set themselves up for success, there are at least another 50 who will, inevitably, fail.

It’s a brutal industry in which only the best can succeed. But, for those who know what they’re doing, the spoils can be unimaginable.

SEE ALSO  Why the Upcoming Recession Will Be Unlike Any Other

So what is it that separates the winners like Rockridge Resources from the losers?

Rockridge CEO Grant Ewing is a career geologist with a Midas touch gained through decades of experience. This has seen him spend the last decade at the helm of not just one, but two wildly successful junior mining projects.

The first of these was with Acadian Mining, where he was President and CEO from 2010 to 2014. That was eventually sold to an international mining company for a tidy profit. He then moved on to Kiska Metals, again as President and CEO, from 2014 to 2017. Once again, this resulted in a successful acquisition deal with AuRico Metals. He then continued as Vice President Exploration with AuRico, until it was acquired by Centerra Gold for approximately $300 million.

Now, Grant Ewing is bringing that talent to Rockridge and is already delivering results. This year he successfully led the company’s development of the high-grade Raney Gold Project, where consistent intercepts of visible gold mineralization have been found.

But expertise in managing geological exploration projects is not enough, which is why Rockridge is now bringing on Jonathan Wiesblatt as a strategic advisor.

With his strong capital markets experience, mining industry expertise, and impressive career track record, Wiesblatt will be aiding Rockridge as it expands off the back of its Raney Gold Project success.

A motivating factor for Wiesblatt, he identifies Rockridge as having “an excellent collection of assets” and “a team with a track record of success.” Wiesblatt said, “I am looking forward to helping the company navigate through its next phase of growth in a very exciting time for commodity companies and their shareholders.”

One of the stumbling blocks many junior miners fall over is their selection of prospective properties. It’s all well and good to find gold, but what happens next?

If there is geopolitical instability in the region, larger companies will be turned off from acquiring it. And, if there’s no infrastructure in place, the costs of putting roads and railways in place can reduce the allure of a site significantly.

This is why Rockridge’s Raney Gold Project is more than just another high-grade gold site.

Located in Ontario, it is well situated in one of the most favorable mining jurisdictions in the world. Further to this, the property is already well serviced by extensive infrastructure, including paved and forest roads providing multiple access points directly to the property, and Newmont’s Borden gold mine just 35km away.

The future is bright: pay attention to Rockridge Resources now

Rockridge Resources are quickly becoming one of the rising stars of the junior mining industry. Its summer drill program at the Raney Gold Project returned consistent high-grade intercepts, including a highlight of 26 grams of gold per tonne of ore over six meters at a shallow depth. And now Rockridge is well underway with their second round of exploration at the property.

With a talented team reinforced by Wiesblatt’s robust capital markets experience, Rockridge is in a prime position to deliver phenomenal growth for its shareholders.

It is only a matter of time before larger companies will be courting Rockridge with a view to acquisition. Its high-grade gold discoveries in the perfect location are just too hard to pass by with its established infrastructure already in place and its ideal jurisdiction.

And it’s a safe bet that this talented team will ensure that maximum shareholder value is squeezed out of any future deals.

(Image by Michael Steinberg via Pexels)