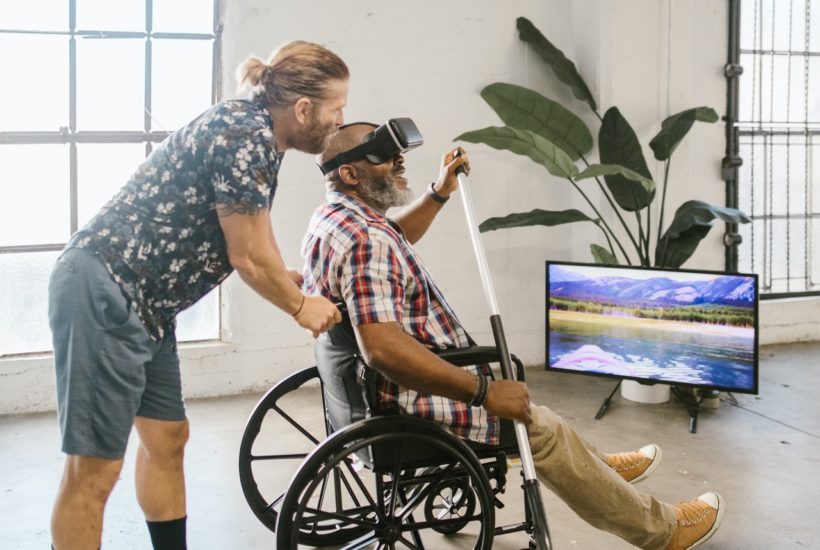 Virtual Reality is rapidly gaining a lot of ground. As hardware continues to improve, it is quickly getting to the point of being democratized in several fields—particularly with Facebook’s aggressively subsidized Oculus strategy. From culture and education to sports and entertainment, Extended Reality (XR) is literally starting to find a place in every part of our lives.

However, this transition to being an everyday tool (and toy) would not be possible without the hardworking companies building out the underlying software to run on the platforms. After all, a headset isn’t much use on its own. Here we find heroes like XRApplied (CSE: XRA), a fast-growing company that recently went public on the Canadian Securities Exchange.

Let’s take a look at some of the areas of our daily lives this young company is starting to innovate in.

If you’re a parent, you have probably been confronted at least once with your child’s refusal to go to school because he or she finds the environment tedious and austere. However, with the educational applications of extended reality, this child’s apprehension towards school is avoided.

With the help of XR, education is becoming more and more playful, allowing children to learn while being entertained.

This has the double effect of not only increasing the amount of attention given to the content but also the time spent on the content as the educational environment created by extended reality makes your children more attentive and focused.

For example, with XRApplied’s educational AR Balloon Pop App, augmented reality (AR) is used to better stimulate your children’s senses, making it easier for them to remember the content being taught in the gamified lessons. By using multi-sensory AR, a child can more easily pick up rudimentary skills like counting and reading, and they also have a better chance to retain them than if they did things the old way with pens and paper.

The use of virtual reality in the field of medicine is a particularly exciting area of development for XRApplied. The treatment of depression and anxiety, for example, is easier with extended reality, and the company believes we’re only just scratching the surface of what’s possible using the tech.

Another exciting application the company envisions is helping to hospitalize people without feeling like they are in the hospital. VR could redefine any space within the hospital, improving patient comfort and wellbeing for the duration of their stay.

The use of virtual reality in the military is already a big deal—Microsoft has already signed a multi-billion dollar contract with the US defense force. But it is also offering new possibilities in security and defense beyond the military.

Here, many applications will likely be derived from existing military uses—the military has long been a leading adopter of new technology, so no surprises there.

Examples include reconfiguring existing tech, like that of a system that uses special sensors to detect a soldier’s medical problems on the battlefield and display them in real-time. Here XRApplied can, for example, take this and repurpose it to be used in sporting events to assess player injuries or even rugby player concussions in real-time.

Extended Reality in the Enterprise

When it comes to bread and butter applications for VR and AR, enterprise use cases are where it’s at for XRApplied. Recruitment, for example, is one area where extended reality is poised to revolutionize the way things are done.

Take job interviews, for example. Here VR can be used to attract candidates during recruitment campaigns in much the same way as the tech can be used in other marketing campaigns.

But it can also be used to test candidates—arguably a more important application. For example, a mistake about the real profile of a candidate could be detrimental to a company, or even the candidate themselves.

Traditionally, candidates for jobs in fields with technical requirements are subjected to technical aptitude testing during interview rounds. However, this is usually done in artificial environments that don’t accurately simulate the real conditions experienced when working. So the obvious use case for VR here is to create more realistic and immersive simulations.

VR can also be used to assess the candidates’ analytical skills, their sense of reasoning, and their ability to handle stressful situations in particular. Here XRApplied can use VR to subject candidates to puzzles and problems to solve whilst immersed in stressful situations. Recruiters can then assess their reactions and whether or not they should be hired.

The Endless Possibilities of XRApplied’s Tech

This brief overview of the possible applications for XRApplied’s XR tech is only a small taste of the sectors and applications it can be used for. The next few years will, without a doubt, prove to be exciting as this hot young company continues to innovate and improve on the state of the art in VR, AR, and MR.