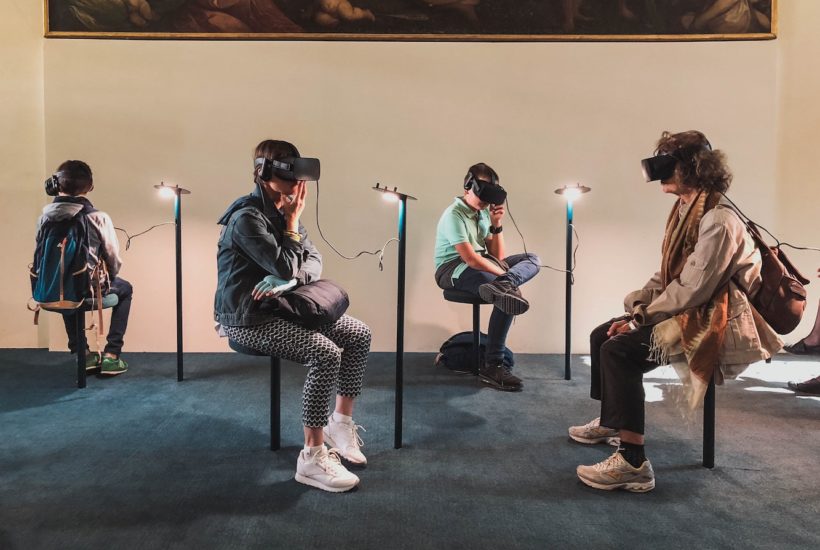 Zadar Ventures Ltd. (TSXV: ZAD, OTC: ZADDF) acquisition target XRApplied has been pushing for augmented reality (AR), virtual reality (VR), and mixed reality (MR) technologies for a while now. The extended reality (XR) company believes that they are not merely passing trends but a must-have for any successful brand or event. True enough, it’s one of those things that people thought could only happen in the movies. From April 22 to 24, trade show Laval Virtual became…virtual. Planned to take place in the Mayenne prefecture in northwest France, the event had to be cancelled because of COVID-19. But then it did take place—online.

XR is one of the most exciting things to have come out of the past decade. It is also the most interactive tool that we have today that can bring about a positive impact on participants. The Laval Virtual organizers ended up recreating a 3D campus where visitors were able to walk around with a personalized avatar, a bit like in a video game. From the amphitheaters housing the conferences to the business meetings organized with clients in a workroom or on the beach, the various highlights were able to take place “almost” as in previous editions.

From your computer, you can talk to anyone, from the speaker in the gallery to the computer programmer you see in the hallway, by instant messaging or by activating your computer’s microphone. In the virtual conference, you can raise your finger to ask a question, and your avatar can mimic looking perplexed, or can applaud, or even jump with excitement.

A speaker can also finish her speech with a back salvo. It may all be virtual, but the emotions are very real. “During the Laval Virtual Awards ceremony, for example, the atmosphere was crazy. Spectators applauded and shouted after each award ceremony. We rediscovered the emotion, serendipity and contact typical of the classic show,” says Laurent Chrétien, director of Laval Virtual.

Not to mention the relaxing side that this high-tech show always offers. In this 3D universe, some people had fun this year, thanks to the fireworks, boat rides, hitting the ball on the football pitch or taking part in a cocktail competition organized with the Mayenne drinks distributor V&B.

XRApplied gives credence to the authenticity of these immersive experiences, despite everything happening in a virtual world. For the company, the VR industry offers an opportunity for true-to-life encounters while being able to put you in different settings. There are almost nearly limitless applications—a conference attended by thousands of people in this case—and each time the engagement is as real as it could get.

Organized on the same dates as the initial physical exhibition using the 3D platform of the Californian VirBella, the Laval Virtual event was limited mainly to a series of conferences, which were also simultaneously broadcasted via video streaming. Some topics discussed were the industry of the future, as well as AR for tourism and the ethical code to frame VR.

Many business leaders were also present to organize meetings. “We knew that the community would respond, especially since the confinement reinforced the need to meet. But we didn’t expect such enthusiasm,” says a fairly surprised Chrétien.

In 2019, Laval Virtual welcomed 18,000 visitors. So with 6,500 participants claiming a seat for this virtual 2020 edition, against the 2,000 initially hoped for, the operation was considered a success. The only downside is the number of registrants (11,000) which, when reduced to the final number of visitors, perhaps suggests that some of them did not have the connection or the adapted equipment.

SEE ALSO  5 things you need to know in the sports business: US Open raises ticket prices and more

But soon, that would be changing pretty quickly, too—in a recent report, the expectation is that the global XR market will grow by almost $177 billion in the next few years, with a CAGR of 60%. This will go on until 2024, suggesting that mass adoption by businesses and consumers alike is not far behind.

XRApplied, who already has a working XR software development kit (SDK), will be pivotal in closing the gap between getting users the technology and helping brands find practical uses for it.