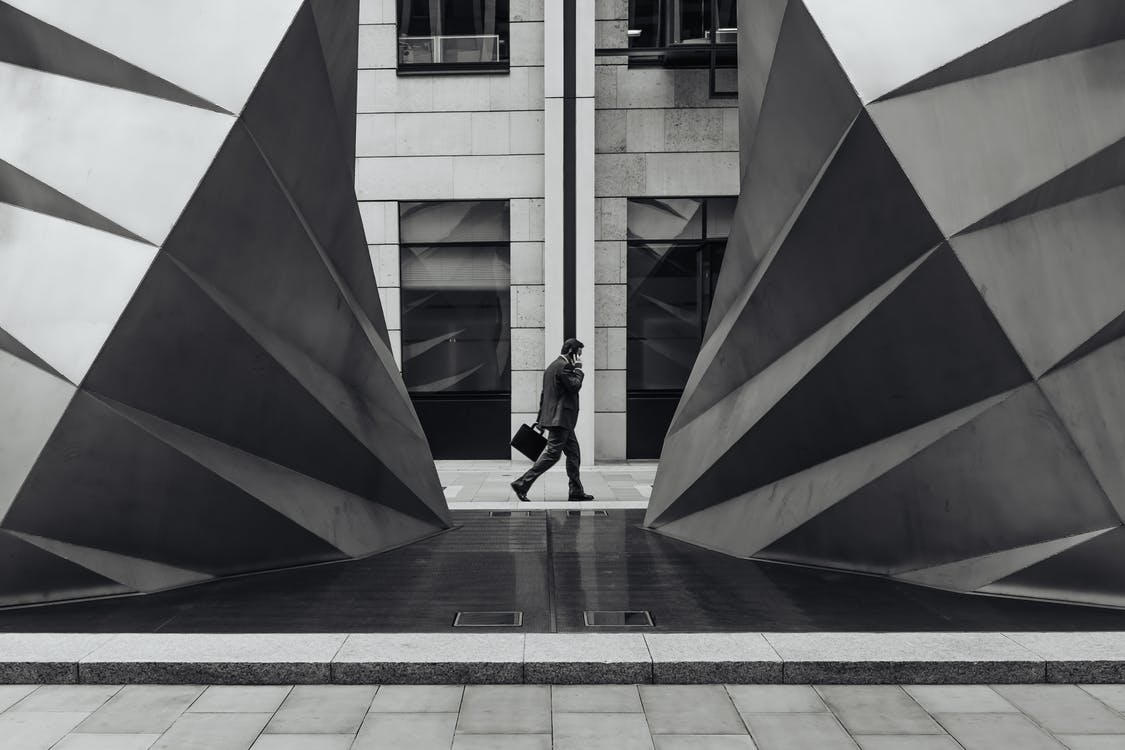 Captured on camera — a passenger being dragged off a plane goes viral instantly, and an international brand-tarnishing moment is made.

As a leader, such a scenario is a shining opportunity for a CEO, business owner or senior executive to seize control of the situation, and turn it around.

Instead, far too many executives lose their cool, shift the responsibility and fault others — often relegating the situation to “regrettable actions of employees” or even blaming the victimized customer. In other words, the leader’s sense of self-importance and corporate rightness reigns supreme.

Case in point: The initial response by United Airlines CEO Oscar Munoz regarding employees forcibly removing a passenger from a recent flight was originally positioned as regrettable but necessary. Then there’s the Uber CEO who was videotaped aggressively arguing with his own driver when he complained about corporate decisions to cut fares for Uber’s premium service. Instead of empathy or even tolerance, the driver’s comments were met with scorn. Finally, Wells Fargo’s results-at-all-costs mindset led to millions of fake accounts being created.

These are glaring examples of CEOs whose focus on financial and personal success damaged their company’s culture and bottom line — and then they blamed others when things went poorly. While highly public company crises are somewhat rare, each and every day C-suite executives and business owners worldwide are falling victim to their own egos — egos which are preventing them from making sound business decisions, unconsciously setting poor examples for their employees and creating a culture where poor customer service and underperformance are an acceptable way to work.

Every organization must decide whether they will allow their companies to be determined by an ego-driven culture or one that is ego free. Many of the employees at the organizations we’ve worked with are talented and hardworking, but have underperformed in their potential in proportion to the severity of these four dysfunctions.

Below are four ego-driven personality traits that, at best, are undermining a company from realizing its full potential and, at worst, can cause executives to irreparably damage their business’s reputation and performance.

The Symptom: Not listening to other points of view can lead to negative unforeseen and significant consequences in profitability, reputation and employee morale.

The Source: Every leader knows they should listen, but the ego wants to win, be right and avoid appearing incompetent or stupid. When these ego threats are triggered, it is almost impossible for leaders to constructively hear others and take to heart what will be best for the overall business. In the case of Munoz, his initial public response regarding the passenger pulled from the plane was to criticize the passenger and the lack of “proper tools, policies and procedures.” Deflection by a leader is invariably an ego-driven disaster in the making.

When leaders are defensive or abrasive, it triggers similarly dysfunctional behaviors in their colleagues. It doesn’t matter what poster you put up on the wall. Dominant organizational dysfunction will not decrease until leaders identify and overcome their personal ego-system reactions.

The Solution: A culture of trust and transparency starts at the top. This means that the CEO, executive or business owner must be highly — and visibly — receptive to input and feedback — especially when they disagree. For example, notice when you are sure that you are right and ask your team to tell you what you are not seeing or hearing

The Symptom: When things go wrong, our ego involuntarily points the finger at others. Our focus is on who’s incompetent, doesn’t get it, or never should have been put in that role. Painting a bleak picture of the company, co-workers, our customer base, etc., may make us feel better, but often makes us look worse.

The Source: For the ego, being wrong or at fault (especially in public) can feel like death. Let’s face it: Everyone wants to be the hero and no one wants to be the fall guy. When blame is the name of the game, it is the rare leader who can own his or her responsibility first.

The Solution: A leader must first call out the fact that the blame game is going on, making it too risky for anyone to take responsibility for anything. By humbly owning their (or the team/company) part of the problem, the leader sets the example for others to “look in the mirror.” Leaders who are secure enough to say “I screwed up” create a culture where employees hold themselves accountable.

How much better off would Munoz have been to acknowledge that his policies directly or indirectly contributed to passengers being deplaned in such an un-customer-focused way? Or what about recognizing from the start that this was not an action consistent with the values of the company? Owning a problem requires doing the right thing above the ego-driven goal of “looking good.” All leaders know this intellectually — but when the ego is threatened, the brain stem takes over and we react ineffectively. 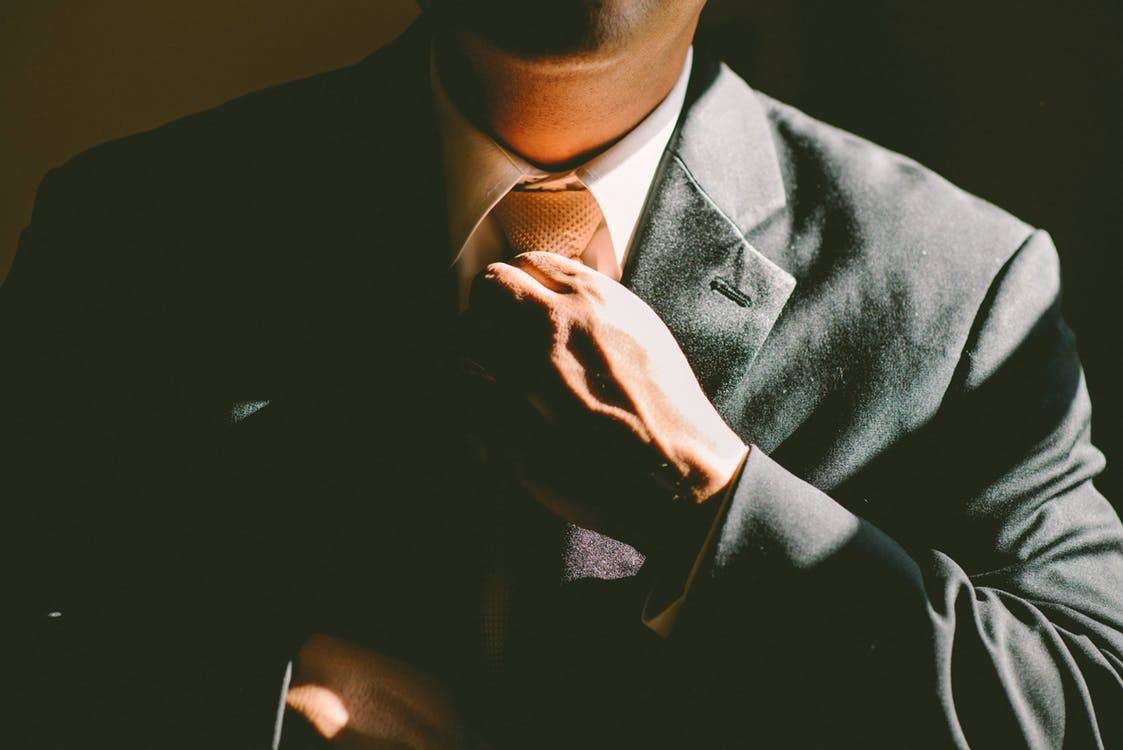 Every organization must decide whether they will allow their companies to be determined by an ego-driven culture or one that is ego free. (Source)

The Symptom: Human Resources is frustrated with Operations, Sales ignores HR, and everyone is mad at IT. In this common climate of mistrust, performance issues don’t get addressed, and departments fight over who’s in charge instead of coming together to achieve the organization’s goals.

The Source: While everyone may complain about turf wars, there is a hidden side benefit to the ego. Any lack of performance can be passed off as the failure of another person, group or department, and we get to be right that if they had just listened to us, everything would have turned out fine. The unchecked ego will choose to be right over making progress.

The Solution: One way to break this deadlock is to acknowledge the conflict and seek to understand how you are contributing to the problem. How are the other side’s frustrations with you true? What are the consequences for the organization’s performance of your turf war? What common goals can you align on? That other group you think doesn’t get it actually feels just like you do. If you put your ego aside, they more than likely will too.

The Symptom: Performance and interpersonal issues don’t get addressed directly. Too often, leaders sugarcoat, vent to others or just move folks from role to role. As a result, productivity suffers, employees feel unengaged and important matters are left to fester.

The Source: Almost no one wants to appear mean or uncaring, and even senior leaders resist being disliked. So we tell ourselves that we don’t want to hurt the other person’s feelings by being too direct. At a visceral level, we avoid putting ourselves in the uncomfortable position of having a direct discussion about a delicate issue.

The Solution: There are three steps to overcoming this ego threat. Start by sharing with the other person the discomfort you feel at bringing up the issue. Then let them know what your intention is for the conversation. Finally, state your observations about their behavior, not your conclusions. One leader’s vulnerability can lead the way for someone else to face their fear of conflict, and encourage them to be more open to feedback — see point 1.

Brandon Black and Shayne Hughes are co-authors of the newly released book “Ego Free Leadership: Ending the Unconscious Habits that Hijack Your Business,” written from their personal experience about ego-driven decisions and discovered ways leaders can proactively avoid making those missteps.

Fintech law enforcement to bring transparency to the ecosystem

In the U.S. and Europe, fintech ecosystems have stimulated technological innovation, made financial markets and systems more efficient, and improved...