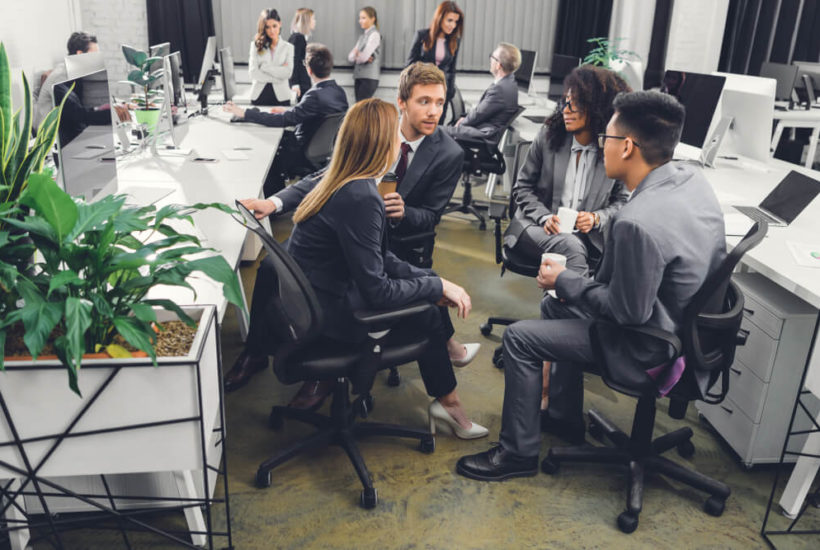 Open plan offices have become the talk of tech town over the past few years. From Mark Zuckerberg to Tim Cook, many of today’s hottest tech company leaders are shouting praises for open, communicative workspaces in which everyone is at the same level.

Advocates claim open plan offices increase collaboration and networking, reduce construction costs, and break down hierarchical barriers, however, while open plan design may have taken many companies in Palo Alto by storm, in recent years there has been a backlash too. Many employees have claimed there is a lack of privacy, noise pollution, and overexposure to distracting conversations or informal meetings. Reports have also emerged of an “ambient sexism” that come from women in open offices feeling overexposed and subject to scrutiny.

In fact, when it comes to inclusivity and diversity within an office space, design can be utilized to promote these values. Preventing workplace bias by putting up walls does not attack the root of the problem, only cultural change and training can fundamentally combat such issues:

How do open offices relate to workplace sexism?

The most recent of these complaints have come in the form of a report that states that open-plan offices are in fact subtly sexist, and make women feel overly visible and subject to scrutiny from their male counterparts. The report, published in Gender, Work and Organization, states that employees subconsciously act and dress differently as a result of constant visibility in open-plan office environments. The report provoked a number of responses, with many women saying that open offices make sexual harassment worse, and are a form of “ambient sexism.”

There is already a specific set of power dynamics at play in many workplaces, as the #MeToo movement has demonstrated. These women argue that open-plan offices exacerbate the problem, and tell stories of their bosses following them around, coworkers staring incessantly and commenting on their appearance.

However, it seems that attempting to combat this issue by putting up arbitrary walls and partitions in offices does little to combat the root of the problem. If women feel victim to ‘subtle sexism’ in their workplaces, solving this must come directly from a cultural change in the office environment.

Randi Zuckerberg recently addressed this, stating that while working alongside her brother for a decade, she often felt simultaneously ‘invisible, and like she wanted to be invisible’. Tackling gender bias, and indeed bias of any kind can be done successfully through unconscious bias and diversity training that will help employees recognize any assumptions they may have and how to resolve them.

SEE ALSO  Avigan as a possible treatment against COVID-19

Policies that outline unacceptable behaviors must be firmly stated in codes of conduct or employee handbooks, so it is clear to both men and women what constitutes problematic conduct. Furthermore, anyone that experiences discriminatory practice in an office environment should be made to feel comfortable to speak up and bring the issue to the attention of senior management. This is especially true in workplace environments that are majority male, with a recent report finding that amongst the individuals interviewed, 28 percent of women who say their workplace is male-dominated report they have been sexually harassed at work, with the figure being 20 percent in gender-balanced workplaces. 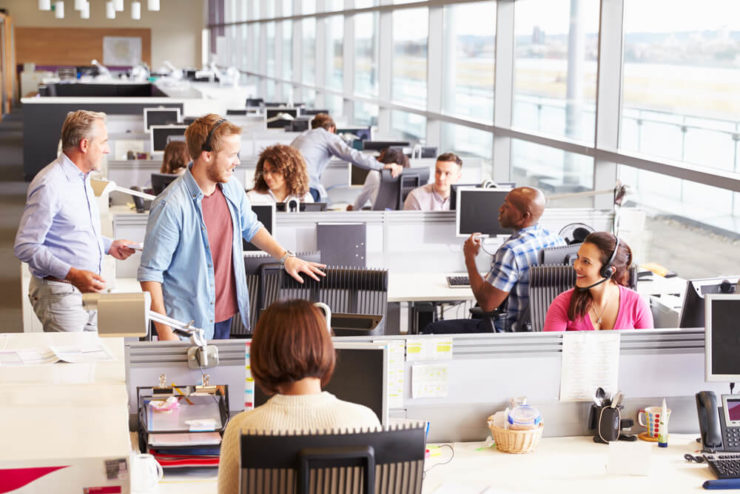 Ultimately, not only is it the right thing to do, but it also pays to ensure your workplace is diverse and free of both conscious and unconscious bias. McKinsey’s 2017 Delivering Through Diversity report found that companies whose executive teams rank in the top 25 percent for racial and ethnic diversity are 33% more likely to reap returns above the national median for their field. Diverse teams are thought to be more innovative, and inclusive policies improve employee retention. These are all measures and initiatives that can be enacted in any workplace — with no dependency on a specific office design.

The role of office design in inclusivity

In contrast to the report outlined above, open office design can in actual fact help advance workplace inclusion and equality. Increased openness and visibility can break down hierarchical barriers and increase the occurrence of chance encounters between employees, which contributes towards more communication and collaboration of ideas. By using open offices and shared workspaces, even the founder of a startup can work on the same level as their newest employees, making the higher-ups feel more approachable.

While a lack of private spaces can be detrimental to any member of the team, if these are introduced into open-plan offices, they can experience the best of both worlds. Employees that find themselves needing to make a personal call, in a distressing situation, or just to take a moment to themselves, can benefit hugely from the inclusion of “private pods” in open-plan spaces. These booths or pods can be adapted for single use or fit up to four people and can include computers or whiteboards to facilitate private working or group collaboration. Separated by noise dampening insulation and opaque partitions, integrating these simple and cost-effective additions into your office can go a long way.

Separated areas that still boast the benefits of open plan office spaces can also be integrated into workplaces to promote collaboration across departments. Using glass walls as partitions still allow for natural light and coworker visibility, while fun rooms dedicated to activities such as foosball or ping pong can be integrated to allow employees to take breaks and network.

Making your workplace accessible to all should also be at the top of any employers priorities when thinking about office design improvements. Many businesses today have a multi-generational, diverse workforce that could benefit tremendously from more accommodating resources and facilities. Simple changes such as levers rather than knobs, ramps instead of steps, different colors for surfaces of different heights and adjustable lighting can make life easier for anyone with limited dexterity or specific needs.

With all this in mind, companies looking to make their offices more inclusive need not rule out open spaces. By integrating private areas and collaborative spaces into office plans, businesses can reap the benefits that open designs bring. What is clear is maintaining high levels of inclusivity and diversity in the workplace is a no brainer — and utilizing office design to aid these efforts can make employees feel valued and respected.

As the manager of Cubicle Concepts, Andrew has more than 15 years of experience working closely with companies to modernize and transform their workspaces.