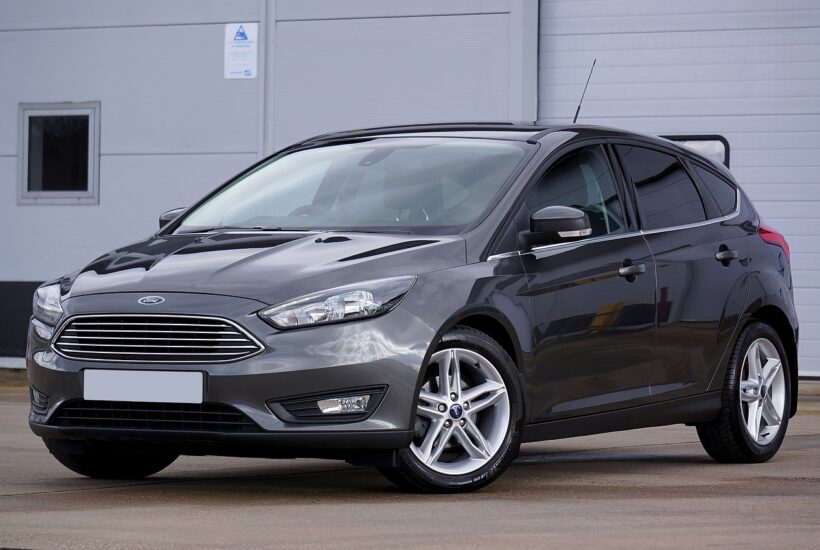 Ford has chosen the Valencian factory of Almussafes as the one in charge of producing electric models through a new electric platform. A decision that has kept the 6,000-strong workforce, as well as the auxiliary industry, on tenterhooks for months.

Thus, the Valencian plant will be responsible for producing all-electric models through the GE-2 platform from 2025. However, this decision, which guarantees the future of the factory in Spain, will not be enough, as the European subsidiary has already warned that adjustments will have to be made to the workforce.

Ford’s European division has explained that bringing this electric platform to Valencia will allow them to “build a profitable business in Europe, secure high-value employment, and increase Ford’s offering of premium, high-performance, fully connected electric vehicles that meet the demand of our European customers”. However, it is not yet known which models will be assembled at the Valencia plant.

Ford of Europe President and Ford’s Chief Transformation and Quality Officer, Stuart Rowley, explained in a meeting with the media that they are accelerating their transformation in Europe, “reinventing the way we do business and building a future in which incredible vehicles and a relentless focus on the customer experience go hand in hand with protecting our planet”.

On the German side, Ford has assured that the Saarlouis plant will continue to produce the Focus, while evaluating different options and opportunities for the future of the factory.

Read more about Ford and find the latest business headlines of the day with the Born2Invest mobile app.

The headquarters of the European electric vehicle business, called Model e, will be located in Germany.

In this way, Rowley wanted to make clear the “strong investments” that Ford is making in Germany, while saying that they are “committed to the country as our European headquarters”.

Ford’s plans for an all-electric future in Europe support the overall goal of producing more than 2 million all-electric vehicles annually by 2026 and achieving an EBIT margin of 10% by 2026.

The Minister of Industry, Trade, and Tourism, Reyes Maroto, has assured through a message on Twitter that “the award of the Ford electric vehicle platform in Almussafes means guaranteeing the capacities and employment of the plant in the long term”.

The director of the Almussafes plant, Dionisio Campos, explained to the workforce through a statement that this decision “is a fundamental milestone for the plant and for the transformation of Ford of Europe’s business towards a fully electric and connected future, and one of which we should all feel deeply proud”.

Campos also acknowledged that much work remains to be done “to ensure the financial viability that will allow us to produce electric vehicles based on the next-generation electric vehicle architecture”. A decision of adjustments in the workforce that Rowley already warned for any of the factories that would be chosen to produce these models.

UGT, the majority union in Almussafes, has assured that this decision means “workload and employment for more than a decade”. Likewise, the Federation of Industry, Construction and Agriculture of UGT has shown its satisfaction for this decision. However, it has regretted not having been able to count on the support of the CCOO of Industry and the rest of the unions, “which have put in the balance of their union strategies interests that have nothing to do with ensuring employment and the viability of the factory in an extremely competitive industrial context”.

Thus, the Valencian factory will be the fifth Spanish factory to produce all-electric models. Stellantis manufactures electric models at its three Spanish plants (Vigo, Zaragoza and Madrid), while Mercedes-Benz assembles the electric V-Class and Vito in Vitoria.

On the other hand, Ford will invest $2 billion (about €1.9 billion at the current exchange rate) in Cologne to start production of electric cars from 2023.

These investments include an all-electric version of the Ford Puma, as well as electric commercial vehicles and Ford Pro-connected services. The idea of the North American multinational is to sell 600,000 electric vehicles per year by 2026.

Agreement between Almussafes and Europe

The truth is that the lower labor costs of the Valencian factory have prevailed in the choice from the headquarters in Detroit. Thus, UGT, the majority union in Almussafes, agreed with Ford of Europe management at the end of January a new labor framework until 2025.

In exchange, the workforce will increase the working day by 15 minutes a day from 2025 and will also agree to greater flexibility measures, such as applying industrial working days without additional costs or working up to 8 or 10 Saturdays a year depending on the production needs of the car factory. All this is conditioned to Ford assigning the workload of new electric models to Almussafes from 2025, a decision to be taken by the manufacturer’s global management in the United States in the coming months.

As explained by UGT sources after a meeting with the plant management and the rest of the unions of the works council of the Valencian factory, the agreement is based on containment and not on a wage freeze, although they recognize that it may mean a loss of purchasing power for the workers in these years. The current agreement sets an annual increase of the CPI plus 0.5%.

(Featured image by AutoPhotography via Pixabay)